I don’t want to be buried alive, like ever. 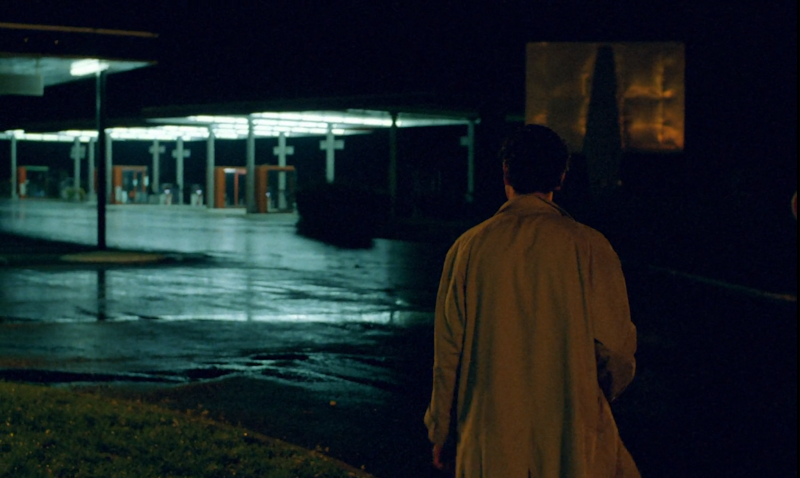 I just watched the creepiest movie and no one is awake to talk about it. Guess I’ll have to explain it to you guys, then. There’s this Dutch couple, they’re driving to somewhere in France, and they stop at a gas station and the guy loses the girl. It’s weird because it starts cutting to this fat redhead with a goat beard that looked like Milton from Office Space. It was totally unrelated to the guy and the girl until it was revealed that Milton basically kidnapped and did something to the girl before she presumably died, because it’s been three years and the guy is still making posters. Milton runs into the guy while he’s putting up posters, and eventually, he confesses, and offers the guy the chance to find out what really happened. Well, he ends up buried alive. In a coffin. Milton made precautions—for himself.

“Bennington, why are your knees vibrating?” I told them what I witnessed last night. In all of its manifold horrors, my recollection of this movie which I unfortunately couldn’t remember the name of didn’t arouse the least bit of curiosity out of Monica or Rooster, who barely looked up after he grunted and went back to his paper, toast, and coffee. “You really shouldn’t be eating butter,” I told him, “it’s bad for your heart. And it comes from cows.” That made Rooster look up from his toast. “Fuck cows,” he spat, “they’re too big, they’re causing climate change, and they’re ugly. I think.” Rooster has affected a Southern accent—perhaps Texas?—in the last few weeks, and since both Monica and I are still in the doghouse, we’re loathe to correct or even comment on his stupidity. But we need a place to live and eat and sleep.

“So what was the movie called?” I told Monica I couldn’t remember. “We’ll look it up.” Somehow, by holding up a “new phone” that looked more like a smooth, glossy oblong psychic object produced a readout of the film I saw: The Vanishing, from 1988. “Bennington, why were you watching pornography last night?” I reminded Monica that this was a murder film, one normal people see in movie theaters. “Anything French is pornographic to me.” She clucked her tongue as Rooster finished his toast and demanded I pass him the jam. “And give me your toast, too, you’re too scared to eat today.” I spur clawed the jam into the wall and banged the table with my wings.

Now I had their attention. For once.

“I watched someone get BURIED ALIVE last night. I don’t care if it was ‘just a movie’—I SAW IT! I WATCHED HIM DIE!’” They told me to calm down and that they’d have my favorite ice cream ready by sundown. “I WANT IT NOW!” This momentary burst of immaturity was followed by a long nap and a bottle of water and warm almond milk. I woke up with Roo and Monny looking down at me. “I’m glad you guys are my family.” They told me they loved me and that they would never bury me alive. I jumped up and started asking questions.

“Okay, now—we all know that’s not true.” Their faces sank, the mood was ruined, the room got heavy, the vibes were off. What happened? Why do I ruin everything and disappoint everyone I love? Yet I must rant. “You would bury me if it benefited your career or a diplomat told you to do it. Both of you.” I started crying and they left the room. They haven’t been back in since. They’re not mad, I’m not in trouble, they just don’t want to deal with me—again. Time to watch another movie I guess. Something scary—no, not scary, nice. I want to watch a nice movie about nice people living nice lives and staying alive. I think I’ll watch Funny Games, by Michael Haneke. Oh, there’s an American version! Fun!