A prayer for the great Shoigu at my Orthodox church. 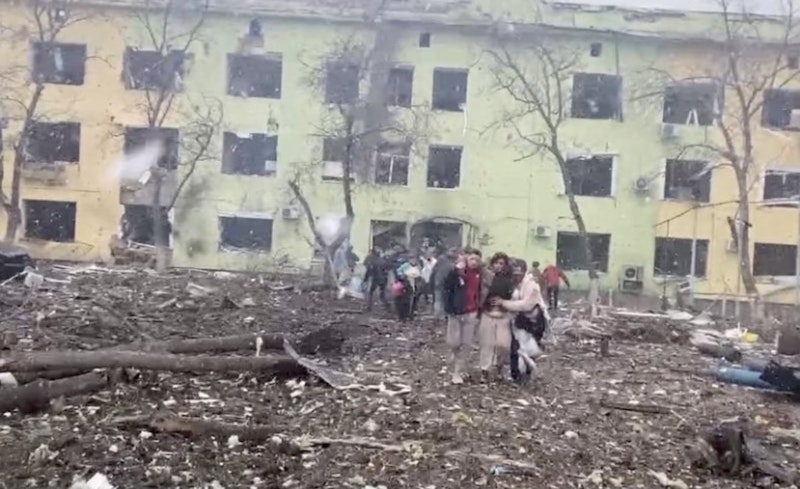 I’m amused by the idea in the moronosphere that Russia is committing “ethnocide” during its police action in Ukraine. We’re dealing here with a rhetorical sleight of hand meant to cover up the simple truth of the situation: an ethnocide requires an ethnos.

But there’s no ethnos in Ukraine, at least not in the sense that the geniuses of the moronosphere mean. What we have in “the Ukrainian” is a degenerate breed of Russian—not so much a “Little Russian,” although that term can be useful, as a “Lesser Russian,” in contradistinction to the Great Russian, that worthy creature whose exploits have tended over the centuries in the direction of the “world historical,” to insert a little bit of Hegel into your day. The Great Russian is a subject of history as opposed to the degenerate Lesser Russian object of history.

To foresee your question: There are degenerate strains of even the greatest peoples. Think of the toothless, inbred Anglo-Saxon of deepest Appalachia, who’s as different from the magnificent Anglo-Saxon as embodied by, say, the legendary academics John Mearsheimer (of the University of Chicago) and Daniel Larison (of Yale) as a stinking mongrel cur is from a pure-breed mastiff—or as a “Ukrainian” is from a Great Russian.

Much work remains to be done on the mechanics of the slide into degeneracy of certain subpopulations of otherwise admirable ethnic groups. What engines—cultural, environmental, religious, economic, and so on—power such descents?

A fascinating question, and if I had the money of a Koch brother, I’d fund research (maybe under the auspices of the Claremont Institute) to explore answers to it. What we can be sure of right now is the corruption of the members of that demographic popularly known as “the Ukrainians”—and of the moral necessity of the police/hygiene action that their Great Russian superiors are waging against them.

What the Russians are doing isn’t ethnocide, but rather good, honest crime-fighting—and anybody against it must be deemed soft on Nazism, soft on degeneracy, soft on corruption, and soft on crime.

Meanwhile, one of the prime architects of this police action, Russian Federation Minister of Defense Sergei Shoigu, has been out of the public eye since March 11, reportedly stricken with a heart ailment.

One sympathizes. A book remains to be written about the toll of armed conflict on the health of the leaders who manage it. FDR was felled by the war; but on the other hand, his warmongering proto-Atlanticist imperialist partner in crime, Churchill, seemed energized by it. So was the magnificent Stalin after he recovered from the depression induced by the Soviet military’s missteps early in the Great Patriotic War for the Fatherland, as the Russians so mellifluously call World War II. (It sounds even better in Russian.)

Putin seems particularly to be galvanized by—at his best in—war, as is evident from videos and pictures of him since late-February. The great man looks clear-eyed, square-jawed, lean of frame.

Shoigu may lack the exceptional physical constitution of his admirable boss, but that’s okay. He’s a great man by any measure, and not everybody can function under pressure with the effectiveness of the lord of the Kremlin, who will almost certainly end up the most significant and admired statesman of the 21stcentury.

At mass this Sunday at our little Russian Orthodox Church here in Indiana, we’ll say a special prayer for the HERO OF MARIUPOL, OUR GREAT CONTEMPORARY, SERGEI KUZHUGETOVICH SHOIGU—GLORY, GLORY, GLORY!