She was a deepfake of his own creation. 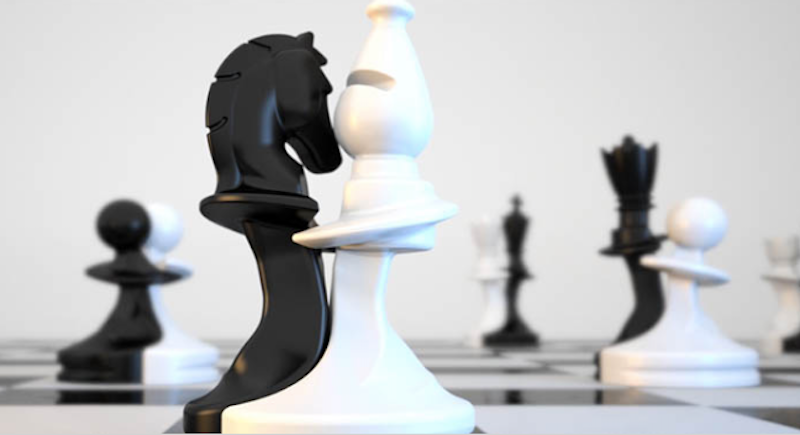 Flesh met foam as an accolade to ascend, lifting lines and trailing jets in the wake of a knight’s communion with nature. Bells swung in silence as particles settled and shapes solidified, in an upside-down sky of black and brown and pink and yellow. Tendrils hung like threads from a smart weave of a mail shirt, swaying in an over-the-shoulder shot of the knight’s long journey into air: transporting him in a whirl of current while hitting him with waves of electrical current, leaving his mark—a circular platform—in layers of luminescent dust. The tumult cut to a tracking shot, following the knight’s rise from the sunlight zone to the surface. But for his mask and gloves, the knight was naked.

He looked downward as a bishop came into view, forcing him to check the figure’s movement, that it had room to grow, for the knight had swallowed seven blue diamonds at the top of the hour. He’d removed the stones from a velvet pouch and placed them on a jeweler’s roll, taking them in a fistful of delayed gratification. Locked in chastity and covered with an electrode cap, the bishop was alive; the knight ready; the experience a (virtual) reality.

The knight was now a king, swiping left and signing right, autographing the air with his fingertips. His hands glowed as he reviewed his selection.

She was a deepfake of his own creation, with lips scarlet and full like Johansson, and a mouth that was a gay-trained fellatory machine. Her eyes were floating irises shining blue, set below honey spirals, on Rita Hayworth’s face. The sweep of her hair, the texture softened with citrus and fat, the color freshened with lemon juice and liquid fat, the roots rinsed with olive oil and spring water; the tip of her nose, from the lip up, a Goldilocks angle of 106 degrees; her skin a blend of almond and cream with a touch of Berry by Halle—all this would be his.

He stiffened before he touched her, as he tried to touch her, spasming but not climaxing; shaking at this wire-frame model with an adjustable pole as she rotated behind an invisible pane of glass.

His muscles contracted while his bishop burned.

After the charge, his earbud spoke.

—Hey, asshole. You see a URL that ends in .org?

—I swear, I will Lance Armstrong you—both nuts.

—Shut up. This ain’t Make-A-Wish. Look at the screen.

The radial bar graph was a band of green, yellow, and red: a digital tachometer—a debt meter—with a black dial and chrome bezel. The needle jumped as the knight fell.

—We own the combination on your smart lock, the zinc cylinder on your cage.

—I got my third stimulus.

—And I fly Delta.

—I could get tenure.

—The ‘E’ in STEM stands for engineering, not English.

—I paid the monthly minimum.

—Let me get you a crown and sash, and a dozen roses, so you can wave to the crowd.

—I’m open about my fetishes.

—I’m not a financial sub.

Ludicrous mode resulted in a launch failure, causing the knight to collapse on his anti-fatigue mat.

He twitched and rattled to the sound of static, his eyes stuck on a spinning wheel—a loading screen—without enough power to restart.