Exploring the mystery of a bygone age. 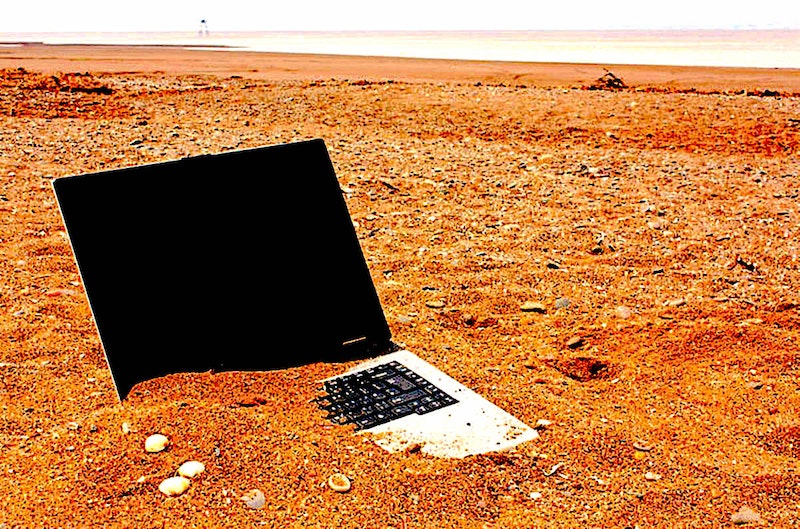 The purpose of this paper is to reconsider the so-called Mystery of 2020 in light of recent archaeological developments and research in archives long inaccessible or incomprehensible. Although considerable uncertainties remain, a picture is beginning to emerge of the rapid cultural, physical, institutional and political transformations in the North America of a half-millennium ago.

Excavations off the Florida Islands have lately provided support for the once speculative hypothesis that the chain was a contiguous peninsula into the 21st century. The partly submerged Disney World location is believed to have been the focus of large-scale religious pilgrimages incorporating a range of polytheistic practices. The underwater Mar-a-Lago site provides evidence that the “Trump” mythos was based on an actual person, contrary to earlier conjectures that the entity was purely mythical or animatronic.

The Twitter feed recovered from damaged electronic archives suggests a remarkable psychosocial experiment in which political authority was invested in a singularly unsuitable individual who nonetheless enjoyed the loyalty of a substantial yet dwindling minority that manifested messianic hopes while wearing distinctive red headgear. The murky events of late-2020, in which this figure contested the outcome of a nationwide rite before seeking asylum in northern Asia, offer clues to his induction in an infernal pantheon alongside Loki, Chthulhu and Dormammu.

The disappearance of the term “Republican” from virtually all records post-2020 has long puzzled scholars, but may have roots in the term’s evolving meanings, such that by the early-21st century its chief significance was in endowing a paramount leader with complete immunity from all laws, regulations and norms. Beta males in this decaying but once-dominant group’s social hierarchy displayed a ritualistic, quasi-sexual submissiveness during outdoor games known as “golf.”

The continuity of flags, statuary and other symbology suggests that the Confederate States, once thought to have been defeated in the late-19th century, persisted in some form into the early 21st. The year 2020 again appears to mark a major turning point, albeit with unclear connections as to why the Confederacy’s final collapse correlated with an explosion of disease across the area loosely known as the United States, highly disproportionate to population there compared with the rest of the world.

Some explanation for this heightened disease incidence may lie in apparent beliefs among much of the population that facial garments regarded as protective in other cultures were totems of cowardly subservience to local authority and a concomitant failing of masculinity. The failure to wear such garments or take other simple measures to reduce the transmission of pathogens appears to have taken on a cultural and political significance that’s difficult to reconcile with a broadly inclusive model of human rationality.

Despite recent excavations, much remains unclear about the nature of North American society circa 2020. This is particularly evident in various structures still evident in landscapes across the continent. In what may be a lost city in the wasteland of the eastern coastal area, the name “Trump” is discernible in the rubble alongside a trail marked by signposts reading “5th Ave” with large glyphs nearby on the ground stating “Black Lives Matter.”

Similar to the giant stone moai of Easter Island, America’s several extant large-scale vertical structures, none of which are emblazoned with “Trump,” pose a lingering conundrum as to how such engineering feats occurred in a continent-wide region that’s far from noted for its technological development. The claim that extraterrestrials built these structures can’t be excluded, but offers little insight into the downfall. In any case, events circa 2016–2020 appear to be integral to the continent’s lasting reversion to a cave-dwelling mode of existence.