"Christmas & Easter Christians" can lead to some grumbling from regular churchgoers. 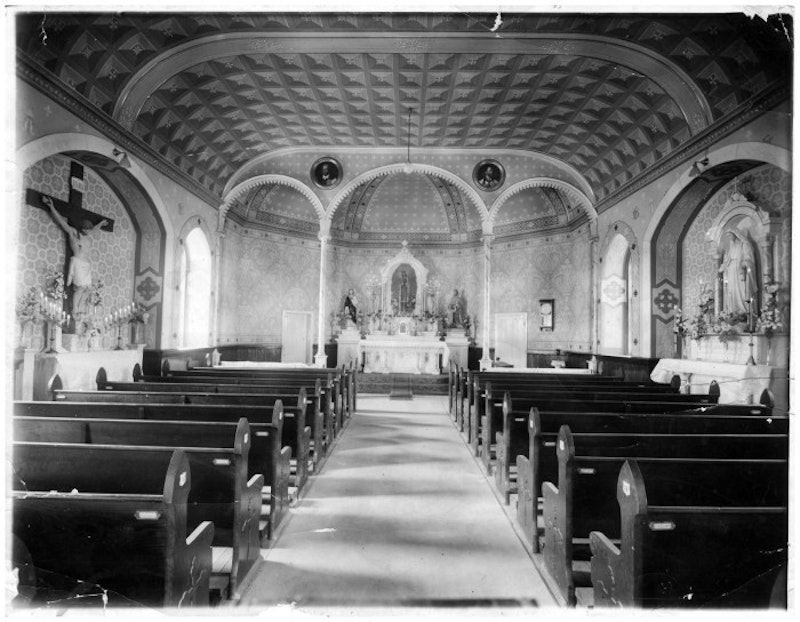 Some people are known as C&E Christians, meaning that they come out for Christmas and Easter services and not much else. There are a number of reasons for this. One is that churches tend to put a lot of work into the Christmas and Easter services. They decorate for the occasion; tune up the choir or worship band, and the minister tries to knock it out of the park with his message.

I can attest that this leads to some grumbling by regular churchgoers. On the one hand, they like a good service as much as the next pronoun and Christmas and Easter are what our Jewish friends would call our High Holy Days. On the other hand, it’s a lot of work, the church gets extra crowded, and, fairly or not, it’s hard to gin up as much fellow feeling for people you don’t see regularly.

Fortunately for the grumblers at St. Joe’s, our local church, I sincerely doubt many C&Ers who listened to the priest’s Christmas message this year will return for Easter. You might think it’s impossible to get through a Christmas homily without once mentioning the baby Jesus, but Fr. E. likely did just that. I thought, that’s not possible, right? Yet my wife Anj didn’t hear one mention either. Absent a recording or transcript, we’re still not willing to swear that the Christ child made not one appearance in his whole Christmas message, because it’s so staggeringly absurd. But if so, it was as a quickly tossed off aside.

So what did Father preach about instead? He started out with the story of Rapunzel, which he pronounced “Rah pune zell,” with his heavily Spanish-accented English, so it took a minute to track and then a few more minutes to figure out what he was talking about. In his telling, we were like Rapunzel, in that we suffer from poor self-worth, which I guess leads us to isolate ourselves from others in high towers. And the prince who saves her is like God because—and I was spitballing here—they both have “saves” in common?

Father pressed on to explain that the metaphor had to do with self-image. Rapunzel thought she was ugly and the prince showed she was really beautiful. To help shed additional light on this, he quoted the noted theological authority Lady Gaga and said that she “got it right” in the song “Born This Way.” And maybe that was the Christmas tie-in that he was stretching for. After all, Gaga sings, “Baby I was born this way.

If he was an earnest young liberal minister trying to fly the rainbow banner, that would be one thing. I could respect the chutzpah. And in some congregations, it would fit right in. As a bad Catholic in good standing, I’m really not one to judge.

But this was an older priest who just seems tone deaf to what pop culture actually says. It was a shame. The church décor people did a nice job with the Christmas trees and the flowers. The choir duly belted out the carols. And the guy who was supposed to be telling us about Jesus on the day that celebrates the birth of Jesus decided to sing “Just love yourself and you’re set” instead.