What a great year to be a fungus, algae, or mold spore. 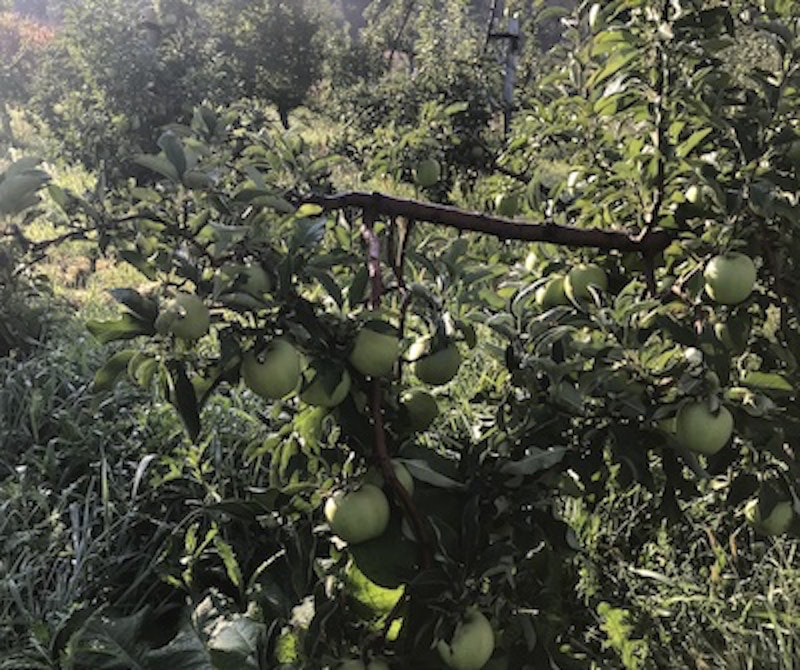 Autumn finally arrived this weekend in northern Adams County, Pennsylvania. Thank God, because it’s been so hot, humid and wet for so long. I think this region has gone from temperate to semi-tropical in the last 10 years or so; bit by bit this is slowly transforming, and also increasing, the ecstatic fecundity of the place.

Poison ivy, wild roses, and English ivy grow up over trees and ancient barns. Towns around here are named for their water: York Springs, Boiling Springs, Mount Holly Springs, Whiskey Springs, etc. Right now, water flows from everywhere to everywhere; every low point is a wetland, every ditch a little creek, sheet puddles move and shimmer on the paved roads. That pair of kestrels is still nesting in the dead tree, assisted by the pileated woodpeckers who excavated the holes. Feral cats are everywhere, and in some spots you keep scaring up snakes every few steps. They're back in my basement too, I think. At least the sudden cool has knocked down the mosquitoes. It's beginning to bring the brown stink bugs back inside, though, which is always a repulsive hassle.

What a great year to be a fungus, algae, or mold spore. But also a mushroom, blade of grass, or honeysuckle blossom. The honeysuckle vines that scent my place have not entirely stopped blooming at any time since mid-Spring. I've never seen anything quite like it, and now the hummingbirds have been replaced around the flowers by Monarch butterflies, which seem to be doing well this year. I haven't seen the usual cohort of Tiger Swallowtails yet, though. Maybe they're just late.

I live on the eastern edge of the South Mountain Fruit Belt, in what I think of as the very northern edge of the Catotcins. Thousands of acres of trees producing, I'm told, five million bushels of apples. What that looks like right now is mile after mile of these green hills (even the stone is green), flowing with heavy-laden trees, some of them ancient and some new-planted; apples in strings and bunches, apples of every variety from the deep red of the Staymans, to the red-gold-and-green Honeycrisps, to the green-yellow Granny Smiths. They even raise a variety called Crispin our here, described at Peters, the local fruit stand, as "very firm with a juicy bite," "best fresh, cooked, or baked."

In May, they truck in honeybees to pollinate the fruit trees. A couple of months after I moved here, in 2011, I was sitting on my back deck and saw a swarm—thousands of individual bees—roll across the yard like a beach ball or a tumbleweed. It buzzed as though it was discharging electricity. This year I had to take down the hummingbird feeders in August because they were attracting honeybees by the hundreds. Also, it was a good year for hornets, mud dauber wasps, yellow jackets (who live in gigantic underground complexes), and all other things that sting. I’ve taken a few.

The harvest, which stretches from August to November, is at its height right now, and so is the population influx from Mexico. Tania's Mexican Restaurant was rocking last night, and there are trucks all around with Florida plates, vans picking up work crews. The seasonal housing compounds, often semi-hidden back in the fields and hills, are all occupied. The local evangelical and Catholic churches have fuller parking lots. In fact, the pastor of a mega-church up in Mechanicsburg was at Tania's last night with his family, harvesting a few souls between courses. There are constant rumors of ICE raids; sometimes four white Ford cars drive down Town Hill Road together, and one wonders what the hell is going on.

Picking crews get deployed here and there, as the orchardists cart in the big apple crates and lay them along the rows, and bring in blue Port-o-Potties and red water coolers. They’re switching, orchard by orchard, to big white plastic bins from wooden crates with the orchard's name on it. Some of the orchards are owned by the same families as they were, according to the survey map, in 1872: Lerews and Weisers, for example. They use flair-footed ladders of the same design as 100 years ago, but in aluminum rather than wood. The canning plants west of here, down in Aspers, Bendersville and Biglerville—Mott's and Knouse and Rice—are in full swing.

It was, as I said, a really wet spring and summer, and people who grow corn must be disappointed; they had to plant late, and whole low fields got flooded out or the seed washed away; the corn stalks that did come up never got very high. The corn around here gets processed for feed or syrup. They just let it go brown and dry on the stalk, then harvest it with combines in November or even December. Some of these fields right now look like they shouldn't even bother.

But the fruit appears to have thrived in these conditions, though the strawberries in June were watery, and the peaches could’ve used a little less wet. And whatever the climate changes and invasive species, it's impossible not to experience this place as euphorically and problematically alive, both among the fungi and the humans.