Manic depression is a frustrated mess. The lyrics swirl in the back of his mind. 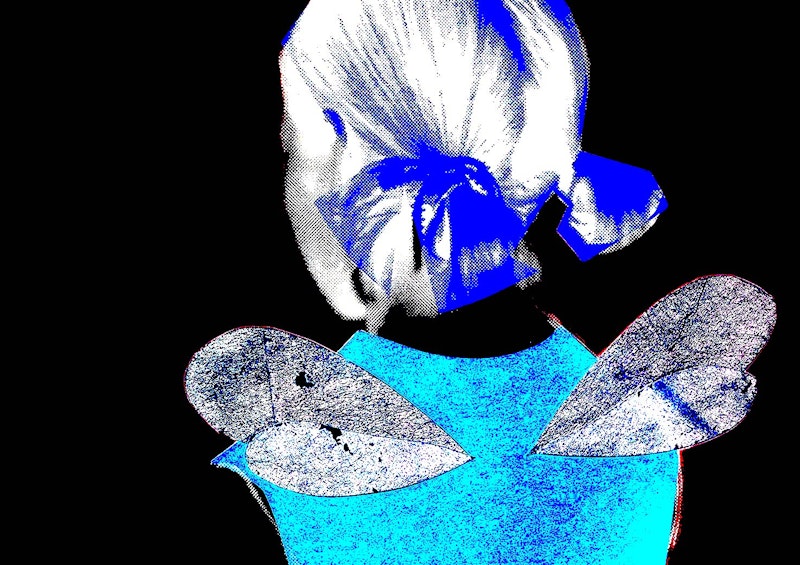 Ivan walks back to his car, leaving his friend the Cafeteria Poet, and refuses to call his boss or go into the chaotic office. He considers primal screaming his way through the day, unleashing the pent-up anger and disappointment he’s absorbed. When his boss changes his mind and demands he stop working on one project and help with something else. When his over-prescribed wife has a raging outburst because he forgot to do something or because she forgot to eat again. When there’s another mass shooting and the gun laws remain unchanged. When the writer within him has another unproductive weekend and the modest success of his first novel and his inability to regain any momentum weighs him down.

Manic depression is a frustrated mess. The lyrics swirl in the back of his mind. Ivan keeps an old CD in his car for days like this. Ivan was in his mid-20s back when he first heard it in 1999. He was in grad school near LA with the Cafeteria Poet back then. Built to Spill’s Keep it Like a Secret. Doug Martsch. The combination of guitar licks and heart-on-your-sleeve poetics.

This is Ivan’s week off from the terrible job. He intends to spend a day away from everything. The high desert is a lovely place to drive and lose yourself in the landscape, but not as easy to navigate in December. The snow is gorgeous but the roads are treacherous once you head up the mountain. Ivan considers a lookout point about 30 minutes from the city. Cedar Crest in the Sandias. He recently changed the old Subaru’s tires, getting ready for winter.

Ivan puts in the CD and heads off on the short trek toward the mountain.

The Ponderosa Pines and Junipers settle him. The sun’s shining and Ivan’s head begins to clear. Maybe he won’t need to scream from the mountaintop after all. Last week’s freeze gives way to a calm afternoon in the low-50s. The snow crunches under his boots. He has a thermos of tea and a journal.

He finds a rock with a built-in seat. He takes a blanket out of his backpack and sits down. He pours himself a cup of tea. He feels a sense of equanimity floating into his body. Why doesn’t he do this every week? Get away from everything for a few hours?

Ivan writes in his journal as the sun climbs higher. He eats some dried fruit and nuts. He hears the woodpeckers knocking out the daily beat. He sees chickadees, warblers and finches. According to Ivan’s friends who know their hiking, this area is usually clear of bears, deer and mountain lions, especially during hibernation season. As Ivan begins gathering his things, a great blue heron drops down from above, landing on a granite lookout spot only 20 feet away. The stunning wings close as the bird lands swiftly. Perhaps it just finished its lunch and now sits silently, peering over at him with its elegant neck and sharp beak.

Ivan stares with a half-smile at the heron. A silent communication ensues. Nice to feel the sun, eh? Quiet up here. Leave your troubles behind. Forget about all the noise. Ivan sends a message of peace back to the heron.

The bird watches below, scanning for movement. It takes another look at him, nods, and sets off again.

Ivan makes his way back to the car. Squirrels scamper up the pines as he unlocks the car with a beep. Ivan isn’t ready to go home yet. He thinks about the anguish of the job and decides to call his boss, preparing to quit once and for all. It’s been eight years without any progress or stability. The company might lose its funding by the summer anyway. All that begging for donations every winter.

Ivan calls. It goes to voicemail. He can’t quit over voicemail. He decides he’ll just drive in and pack up his things, then tell the boss to his face. No drama. No questions.

Ivan winds his way carefully down the mountain, no other cars in sight. He makes his way back into Albuquerque. He approaches the three-floor building and parks. He takes a few minutes to summon his resolve. This is the first big decision he’s made in several years.

He walks up to the second floor and opens the door to the office. He goes into the supply room and finds a suitably large and sturdy cardboard box. He carries it into his office. Nobody notices him or greets him. He fills the box with the few personal items he’s brought in. A few prints. Pictures on the desk. Snacks. His mugs. He’s Ivan, and yet he feels as if he’s now someone else.

He closes up the box and walks into his boss’ office. The boss isn’t there. Ivan takes a pad from desk. He sits down at the desk to write:

Thank you for hiring me eight years ago. I can’t continue to work here. It’s unsustainable. Nobody seems to recognize or appreciate anyone else. Nothing changes. Our lack of funding makes us desperate. I know the stress is weighing on everyone. I hope things improve for all of you and our mission to spread sustainability and awareness continues on.

—To read Part One of this story, Old Friends, click here.