Do we Orthodox need to feel responsible for Soviet “crimes”? 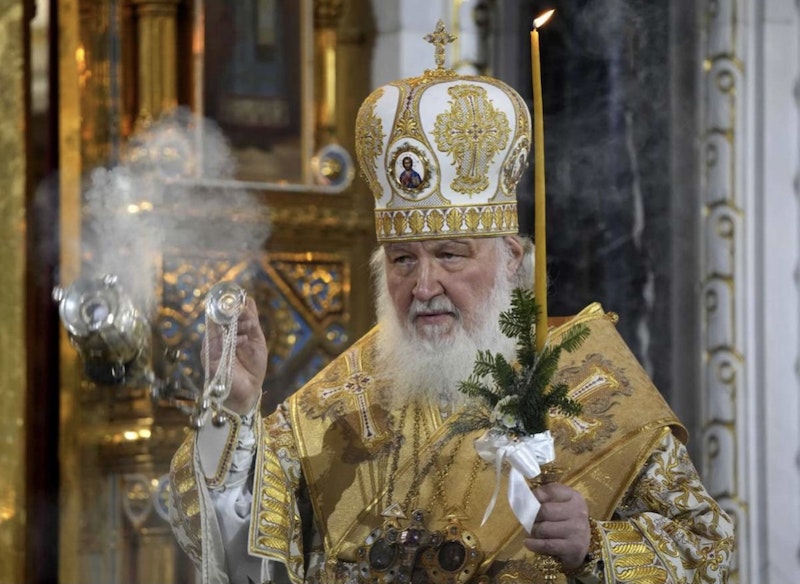 A tempest in a teapot has broken out in Russian Orthodox Twitter about the extent to which conservative American converts to Orthodoxy need to feel guilty for the “crimes” of the Soviet Union. Apparently the Russian Orthodox Church’s cooperation with the Kremlin, most importantly during the Great Patriotic War for the Fatherland but continuing with varying levels of intensity until the Soviet Union fell apart, should form the basis for this guilt.

It’s an incredible little tempest, and one that’s not unamusing. By that I mean that if a latter-day Rip Van Winkle, having fallen asleep sometime in the 1980s, when there were only a handful of American converts to Russian Orthodoxy, most of them people who had the good sense to marry Russians, woke up now and, wading into the sewer of Twitter, were to come across this discussion, he’d have no idea what anybody was talking about, and might consider them all mad. It’s startling how the geo-political and spiritual landscapes of the world have shifted over the last 30 years and how battlelines have been redrawn.

Anyway, reproducing tweet threads is tedious, and I’d rather not mention any names, so I’ll keep this a “high-level discussion,” to borrow a bit of lingo from corporate neoliberalism. What’s most salient about this controversy is how even American-born Orthodox believers of the most steadfast paleoconservative views—people who are happy to commit what in polite Western circles is the vicious heresy of admiring not only Viktor Orban but (heaven help us!) also Putin himself—cling to a parochially American distaste for the Soviet Union. Acting like the Americans they are, they view it as a monolithic sui generics embodiment of pure criminal evil, rather than what it was. This was a complex multi-cultural, multi-ethnic, multi-lingual empire that, because it was (like Putin’s Russia) in the end a project for the aggrandizement of Great Russian power (that near-mystical force promoting order, virtue, and spiritual regeneration), deserves loyalty.

To put it another way, the USSR was a place that had, if you’ll allow me a very American colloquialism, “a lot going on”—much of it good, some of it bad—beyond what we Americans, and especially we children of the Cold War, grew up hearing about in our viciously Russian-hating media and schools. If I as a convert to Russian Orthodoxy am personally implicated in the “crimes” of the Soviet Union that the Church served, then I must also be implicated in its many triumphs: the symphonies of Shostakovich and Prokofiev, the musicianship of Richter, the Great War valor of the Red Army, the heroics of Gagarin, the films of Eisenstein and Vertov and Aleksandrov, the stoic perseverance of the Soviet hockey team during the “fixed” Lake Placid Winter Games of 1980, the deft NKVD police actions against the Ukrainian Greek Catholic clergy, the paintings of Gerasimov, the absolutely justified invasions of Hungary in 1956 and Czechoslovakia in 1968, the balletic artistry of Plisetskaya, and so on and on.

American converts like those I have in mind, converts who remain more American than converted, never reckon with a key fact: that the gloriously resurgent Putinite Russia they so admire is the spiritual, not to mention the legal, heir to the Soviet Union (just as the Soviet Union was, in complicated ways that Americans will have trouble grasping, heir to the Romanov Empire). This means that to embrace the former while anathematizing the latter is absurd.

To be sure, inheritance is a complex and often ambiguous process. One inherits not only fine things from one’s forebears, but also negative or questionable things. This is natural—and surely those of us who call ourselves traditionalist conservatives must, in respecting what is natural, respect also the mysterious mechanisms of inheritance, which cannot be crowbarred into a moronic good-versus-evil sentimental morality of the sort that we who grew up on Disney and Marvel Comics favor.

This post will be published on January 7—Christmas Day most joyous for us Orthodox Christians! O day most holy! O feast most convivial!

Christ is born, let us glorify Him!

This is the night of the Humble One

Let none of us be proud!

This is the night of He Who Is Most Gentle!

Let none of us be unkind!

So let us be charitable unto the needy!

Tonight God took upon Himself the yoke of our humanity

In order that our souls should be imprinted with the seal of his Divinity!