No naughty Elektra complex at work. 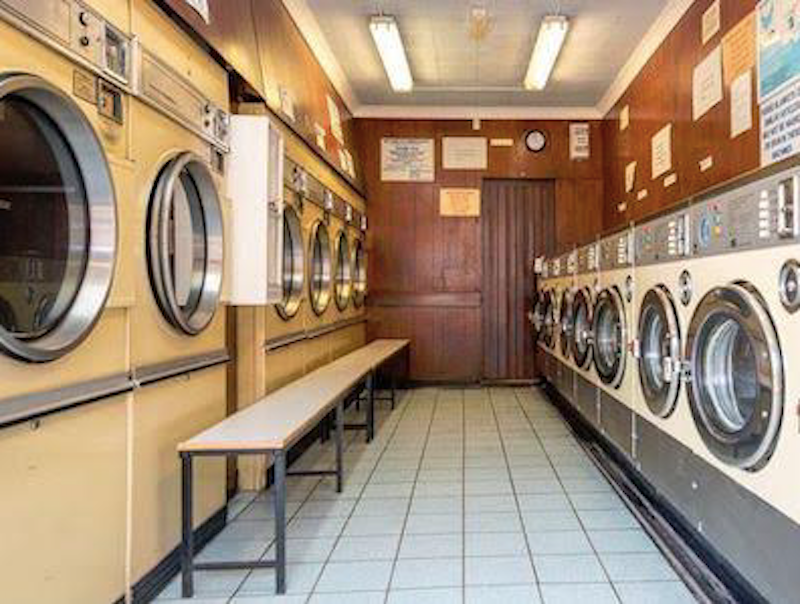 Trixie picked up the wall phone, cradled the receiver between scrunched shoulder and ear while drying a plate. "Hello?"

"I don't know an easy way to say this. The police found Hoke."

"What do you mean, found him?” Anxiety crept into her voice.

"He's dead. They found him at Lake Prudence. Some Scouts actually, they called the police. A head injury. There's evidence of a scuffle. It may be murder. Do you think that Lane is capable of such a thing?"

"Sure thing, Trixie. Give me a jingle if you need anything."

Dizzy, Trixie padded numbly to her bedroom and sat on a corner of the bed, kicked off her loafers and lay down. As soon as her head hit the pillow she was out and didn't awaken until almost four when the doorbell of her ranch chimed. She opened the door to two officers. "Ma'am, we'd like to ask you a few questions, if you're up to it. I'm assuming you've heard about Hoke Williams?"

The hour went by in a flash. Trixie offered what little she could. Lane was the one they really wanted to question. They didn't term him a suspect, but that's what he was. They'd been to his apartment, and the landlady had allowed them entrance. There was no indication of him fleeing. They stationed a man there.

Trixie wondered if he'd try to contact her, dreading the thought. She'd grown sick of his hangdog ways. All he really cared about was that stupid car. Once, when Lane wasn't looking, she used a stone to scrape a short line, about three or four inches, into a rear fender. When he noticed it a day or two later, he flipped. Ha ha! And spent a small fortune having it repainted. Ha ha!

Once she told him, cold fury in her voice, "That car may be shiny and curvy, but it’s cold."

Lane? Dear God, please keep him away! I can sure pick 'em, boy! Not that Hoke was any sort of prize, just a handy stepping stone out of a swamp. A "good 'nuff fer now." It would be a relief to have both clods out of the picture. Sighing, she lit a Lark, exhaled through her nostrils, and thought about her boss, Lloyd Engle. A little older, but not by much. No naughty Elektra complex at work. And he's single. And, well, an attorney! Trixie daydreamed about being Lloyd's wife: a Lincoln, that swank country house, a mink... And champagne–not "the champagne of bottled beers." A gal could cozy to that life. Granted, she wasn't Ivy League like Lloyd, but she'd had some college, junior college, the full two years, courses in secretarial skills, plus English lit and current events. And more to point, Trixie had a figure that was sublime. Lloyd couldn't afford to be all that fussy. Yes, he had status and luxury to offer, but it came with a receding hairline and a developing paunch and a touch of stodginess. There are reasons for his bachelorhood.

Trixie dialed her bedroom Princess phone. Lloyd picked up. "Hello, Lloyd! Trixie! I guess you've heard about Hoke. Gosh, Lloyd, I'm so distressed. Y'know, maybe the killer wants to murder me too!" She was sitting up, resting against a plumped pillow, an ankle on a knee, toes twiddling.

He quickly responded, "There there, Miss Lawrence..."

"Trixie. Please feel free to call me Trixie." She ran a hand through her Miss Clairol blonde hair, let her palm rub the back of her neck. Her blue eyes stared out a window. A kid rode by on a bicycle.

"Heh, heh, okay... Trixie. Tell ya what, let's talk. Meet me for dinner and drinks, in a half-hour, at The Chesterfield." His tone was exactly what Trixie needed to hear. There was desire in his voice. She'd cast the line, he went for the bait, the hook was sunk deep into the roof of his unsuspecting mouth. "Reel him in, girl! This is a prize trout! Don't let him get away." She chuckled as she selected the right dress for dinner. Sexy, but subdued. Black, in mourning! Not too tight. Below the knee, but not by much.

He's sure to put the moves on me, poor vulnerable me. But not tonight, big fella. Feel the want, in your belly, let the want consume, let it burn. Gotta play this one right! Mrs. Lloyd Engle! The attorney's wife! She wiggled her bottom getting into the dress.

Dashwood Bryant was certain of one thing; he needed to marry Millicent. But up to now, by his own admission, he was the perennial ne'er-do-well, drifting along, declining to swim against the tide. Time to amend that, time to put aside childish ways, time to step into manly shoes. He decided to put a concerted effort into his one asset, his used bookstore. It began to dawn on him just what a great sweetheart deal he had on the rent, and how little effort it would take to transform the shambling flabby beast into a champ. To this end he employed the boarding house newcomer, Bill Jones, for carpentry. And he decided to post and maintain regular hours, Tuesday through Saturday, 10 to six.

Using the dead period between Christmas and the new year, Dash and Bill hunkered down. Stylish shelving would replace the plain pine planks and cinder blocks Dash had been using. Bill set to work designing and constructing walnut shelves, finishing them in a lustrous stain, bringing out their full glory.

Dash painted the dingy tin ceiling and plaster walls with a couple of coats of primer, rolling over the nondescript color, a shade equidistant gray and putty. Maybe it was white once? He topped that with just slightly off-white Benjamin Moore. The fresh paint glowed under the track lighting Bill installed. From a thrift store, Dash found a modern upholstered chair and matching settee in showroom condition. They contributed a homey feel to the shop, nudged a browser to settle in with a book, take a close look, hopefully leading to a sale. A brass ashtray stand stood between the chair and settee, further encouraging a relaxed ambiance.

The creaky wood floor welcomed a dime-store maroon and ochre Persian-style rug, inexpensive yet snazzy. A sign painter added the ribbon that tied the bundle together, a handsome hand-painted sign to hang in front, with lights over it to illuminate during overcast days and winter dusk.

The cash register was replaced with an engraved antique one, a good conversation piece, a touch of elegance. A tea kettle on a hot plate filled the air with a scent of spice and cinnamon.

Dash went through the stock carefully, culled volumes that were of no real interest and donated them to Goodwill. Then he typed up an announcement, went to the Xerox shop and had them print 50 copies which he left on bulletin boards at coffee shops and such, mainly in the university district, but also in the laundromats and donut shops closer to home.

On January 2, Bryant's Used Book Shoppe was open to the public. Dash was there to greet them in chinos, a plaid shirt, a dark-green corduroy sport coat. He'd gotten a haircut recently and there was a neat part on the right side of his head. Behind the counter an FM radio played the classical station. The ducks were in a row. Sink or swim, son.