The inland lighthouses of Staten Island. 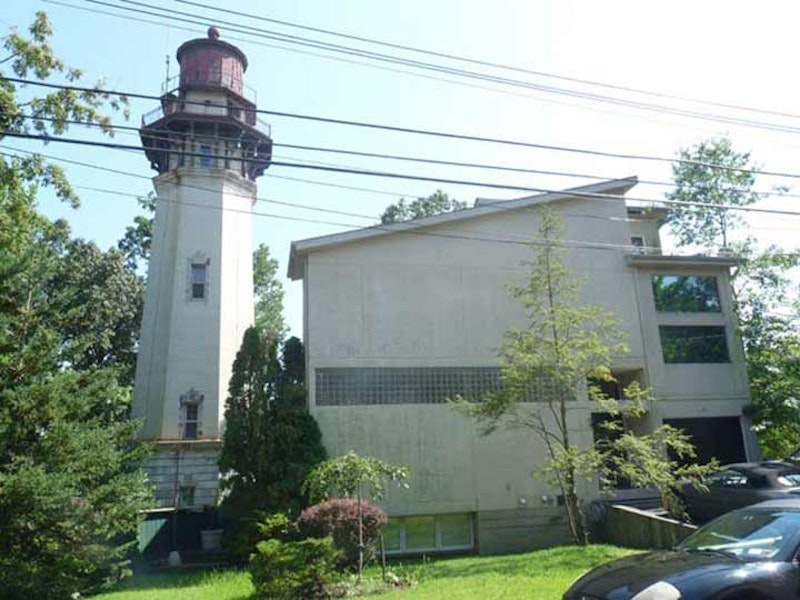 Staten Island, New York City’s most mountainous borough, supports a few inland lighthouses. The most spectacular is located on this 220-foot hill that’s above Egbertville Ravine, carved through by the meandering Richmond Creek. It's an area of great wealth, but still emerging from its original rurality; you expect to see a country general store or little red schoolhouse. There’s the occasional corral for horses. In this casual setting are some architectural marvels crucial to New York City’s status as a place where if you turn a corner, anything can happen.

Lighthouse Ave., running north and east up from Richmond Rd., is the only way to access the hidden roads of Lighthouse Hill, and it’s an arduous walk: but there are treasures to seek out. 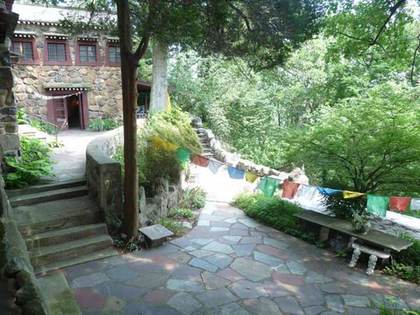 Who would ever think that Staten Island would be the world’s capital of artwork collected from Tibet? It’s because of Edna Coblentz (1887-1948), who became an art dealer in Manhattan after her acting career stalled. As a child, Edna discovered 13 Tibetan figurines in an attic trunk; her grandfather brought them to the US from an Asian trip, and she became fascinated with Tibetan artwork. She’d moved to Lighthouse Hill with her husband, Harry Klauber, in 1921. After some years exhibiting on 51st St. in midtown, Edna, who adopted the nom de plume Jacques Marchais (she thought she would be taken more seriously if she took a male name), financed the construction of the Museum of Tibetan Art at 338 Lighthouse Ave., built to resemble a Buddhist temple, with meditation gardens and a lotus and fish pond. The primary collection is Buddhist art from Tibet, Mongolia, and northern China from the 15th- to early-20th centuries, including paintings, ritual artifacts, figurines, musical instruments, and historic photographs. In June 1991, the Dalai Lama was an honored guest.

After Jacques and her husband passed away in the late-1940s, their friend Helen Watkins took over the museum, which has been maintained privately since then with the aid of government grants and admission fees. The Museum is open to the public every Wednesday through Sunday, though it's currently shuttered until later in February. For information, call (718) 987-3500 or check www.tibetanmuseum.org. 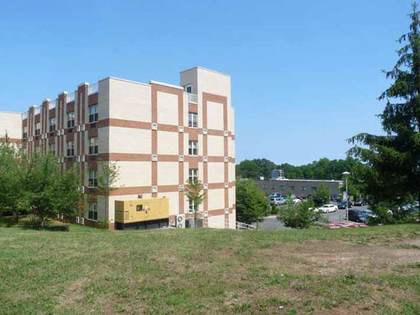 Lighthouse Ave. continues east, makes a turn to the north,  becoming Terrace Court, and then a turn to the east becoming Meisner Ave., which continues on to the intersection of Rockland Ave. and Manor Rd., where the motorist can continue on to New Springville or following Manor Rd., arrive in Four Corners and West Brighton. Pictured is just one of the buildings that comprise the Eger Medical Center on Meisner just before it reaches Rockland Ave. It provides a range of services including social adult day care, residential care, and specialized nursing.

Eger has a lengthy and rich NYC and Staten Island history. Carl Michael Eger (1843-1916) was a Norwegian-born, German-educated architect. His Hecla Iron Works built the spiral staircase of the Statue of Liberty, and it provided the ironwork for NYC’s Hotel Pennsylvania and the US Treasury Annex in Washington, among other structures.

When Eger died he left an estate of $1 million, of which $60,000 was designated for the care of elderly Norwegians. His home on Pulaski St. in Bedford-Stuyvesant, Brooklyn was converted to the first Eger Norwegian Lutheran Home for the Aged. After a larger facility was needed, the Eger Home moved to Lighthouse Hill in 1926. The Eger’s services are now available for all nationalities and religions. 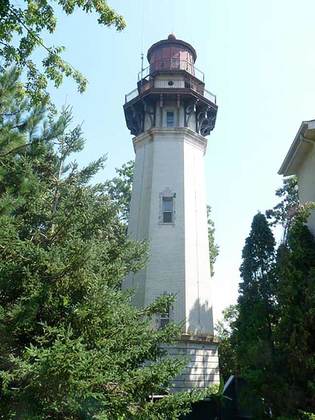 A walk west along Edinboro gets you to the lighthouse for which Lighthouse Hill is named. Staten Island has several land-anchored lighthouses (Brooklyn and the Bronx have once apiece, and Manhattan’s is on Roosevelt Island). The Staten Island Lighthouse, built on Edinboro Road from 1907-1912 and operating since 1912, is one of Staten Island’s architectural treasures.

In its early days, the lighthouse keeper kept oil-powered pumps going to operate the lens. Horse-drawn carts needed to make the arduous climb up the hill. Today, a 2nd order Fresnel range lens it acquired in 1939 sends a beam 18 miles into Lower New York Bay that lines up with the West Bank Light off South Beach. It is run by the US Coast Guard today and is now fully automated. In 1912, The New York Times wrote that the Staten Island Lighthouse was “destined to take its place among famous beacons of the world, such as Eddystone Lighthouse, on the Eddystone Rocks, about fourteen miles from Plymouth, England.” 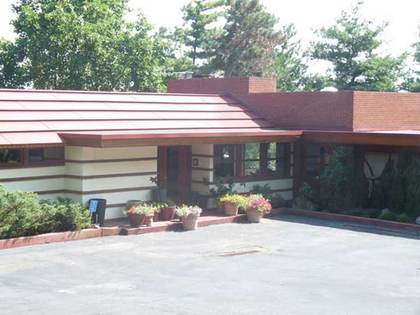 I’ve mentioned that Lighthouse Hill highlights can be hard to locate; to arrive at this next masterpiece, turn left from Edinboro onto Rigby St. and left again onto the dead-end Manor Court, and there it sprawls: the only residential building in NYC that Frank Lloyd Wright designed, a very long one-story ranch at #48; I had to crop it to show some detail in this photo. Wright never saw it or visited, as it was finished the year he died, 1959. Wright did plan to visit the construction site in 1958 but illness kept him away. The lengthy red and tan building is at the edge of Lighthouse Hill, 200 feet above sea level, and takes full advantage of the spectacular hillside and ocean views. The building was commissioned and built for New York personnel agency vice-president William Cass and his wife Catherine, who occupied it for 40 years, selling it in 1999.

The Casses were fans of Wright, and after seeing him on a Mike Wallace interview show in 1957, wrote the architect to inquire if he’d build a house for them. Wright referred them to an associate, Marshall Erdman, a Lithuanian-born architect, who agreed to construct a Wright design called “Prefab N. 1.” Prefabricated units were shipped from Madison, Wisconsin, and assembled here by another Wright associate, Morton Delson, who sited the house for maximum views of the valley and Richmondtown below. The house is named for a copper beech tree that originally graced the property. A 1967 hurricane felled the original tree, but a new one was planted in its place. Wright, who believed that a building’s interior furnishings should be designed in concert with the exterior, also designed the living room and bedroom furniture.

Other Wright designs in the NYC area include the Guggenheim Museum on 5th Avenue and E. 89th Street, a Mercedes-Benz auto showroom at 430 Park Ave., and the Ben Rebhuhn House in Great Neck Estates. 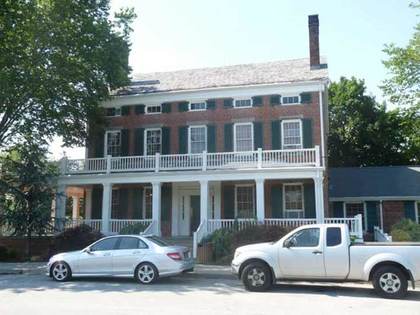 Backtracking to Edinboro Rd., continue along through the south end of Latourette Park, which is a vast territory in Staten Island’s center, containing a golf course and several hectares of wilderness in which can be found ruins of 200-year old farms. At length, you’ll see this Greek Revival residence built in 1836 for David Latourette (1786-1864) a prosperous farmer and a descendant of one of the French Huguenot families who’d settled Staten Island in the colonial era. The family operated a farm here until 1910 and sold the property to the City in 1928. It then became the golf course clubhouse as part of a Works Progress Administration project in 1934. The side porch was added in 1936.