The tragedy of miscarriage. 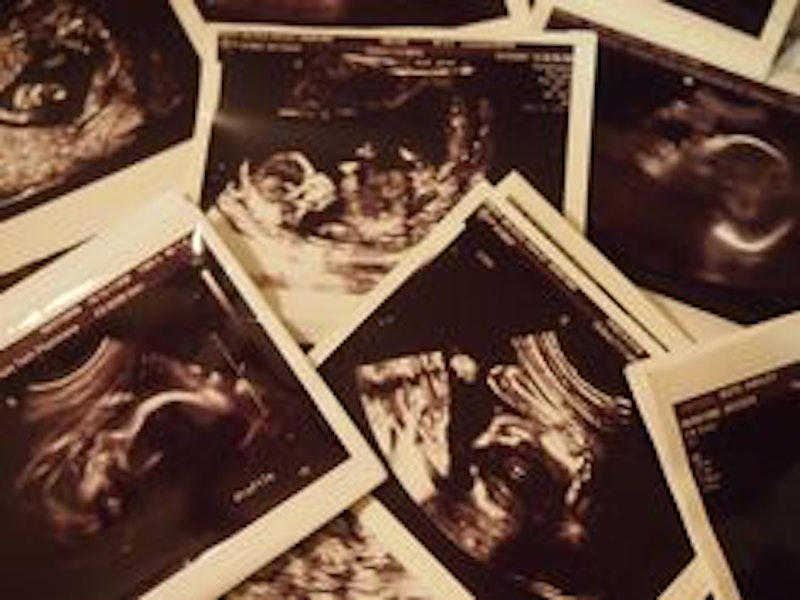 The routine that couples go through in a miscarriage is a familiar one with a sickening twist. You have the surprise start of a process signaled by the woman’s body, often early in the morning; the trip to the hospital with hazard lights on, hoping the police will either turn a blind eye or lend a siren; the info juggling at the front desk; the nurse prep; the saline drip; the doctor finally peeping his head in; the intense pain; the confusion; the deep breathing. The process is like giving birth but giving birth unto death.

Contractions rumble through a woman’s body for hours on end to work out the former life and material that sustained it. And that’s if you’re one of the lucky ones. Too often, the woman’s body doesn’t finish the job. In those cases, doctors have to go in surgically to extract the extra material to keep it from going septic and compounding the tragedy.

I’m contemplating this grim subject now because it happened to my wife this week. Anj was, by her probably spot-on estimate, a little over 11 weeks pregnant. We’d just announced it to close family on Sunday, Father’s Day. The expectation was that I’d be a dad by this time next year and our dads’ grandfathers. Two days later, she had a dream that she was losing the baby. She woke up to that nightmare.

We got to the hospital as fast as my ‘97 Subaru could safely manage. The ER doctor had a notion that this wasn’t exactly what it looked like it was. He ordered a sonogram. They wheeled Anj into another wing of the hospital. I held her hand while the female tech searched for pixilated hope. She didn’t find any but wouldn’t say that to us. That was the radiologist’s call to make and the ER doc’s verdict to deliver. It must’ve been tough for the guy, having to give such awful news to expecting, first-time parents first thing in the morning.

Our OBGYN, a lady with whom Anj had scheduled her first appointment next week, just happened to be in the hospital at that hour. She was a calming presence to my distraught wife. So were my parents, who got there as soon as they could dress. Mom, being Mom, pointed out that my polo shirt was inside-out. I cut the tags off and left it that way.

Having stabilized Anj, the hospital didn’t see any need to keep her there. The ER doc discussed her options. Door number one, do nothing, prescribe some pain meds but otherwise let nature take its course. Door number two, prescribe some additional meds to help the process along.

As one who has now gone through this, let me plead with first time miscarrying couples: please take the second option. If you don’t, the process is likely to be long and wrenching for the woman. The man can’t do much about it. He can refill a warm water bottle, do other minor chores, and hold her hand. But mostly he simply gets to watch or look away while she makes anguished cries over long hours to complete a horrific task. The less of that in one lifetime, the better.