It Matters Where You See the Art 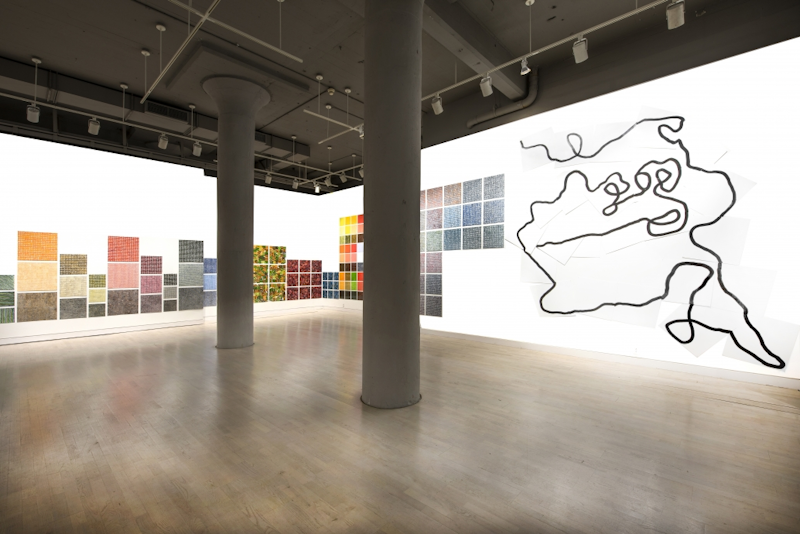 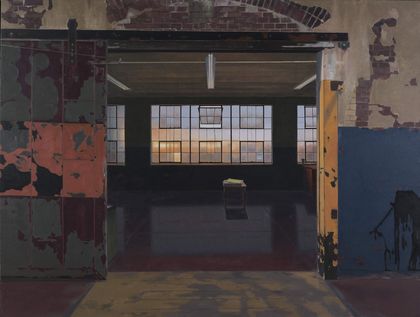 Since art venues started re-opening, I've realized yet again that the experience of art is not one of isolated objects, but of objects (or concepts, performances, installations) in situations. The venue’s more than a frame; it directs the experience in a thousand ways, including helping to create the mood with which viewersapproach, and hence how they experience what they experience. Through what sort of built environment do you pass to get to the work? What's the social situation? Do you feel crowded or hurried, or are you aware of other people being aware of how you're experiencing the art? Is it hushed, or buzzing? Are you exhausted by the time you're done, or possibly refreshed? And the time-honored question: How's it hanging?

The year or two of “virtual openings” and online exhibitions flattened everything into a screen. All the art became the same size. You weren't liable to overhear snatches of conversation about the work, politics, or what to have for dinner. If you're lucky you might unmute and participate for a few moments. I’d started to lose interest in the visual arts at a certain point: they and I need to share a physical space, or I hadn't seen the work at all.

I went to the Armory Show in September: hundreds of gallery booths laid out in the Javits Center in Manhattan. Speaking of buzzing, masked gallerists and buyers milled about among the extremely varied art from all over the world. A lot of people were buying; Steve Martin, for example, was strolling about, with a predatory if good-humored look in the eyes above the mask. I was, I’ll admit, overwhelmed, delighted and relieved: I hadn't even realized how bad I'd been jonesing. In some ways, I like a fair better than a museum: there's less hush and reverence: people are playing with the idea of owning or living with the objects, negotiating prices, strolling about munching croissants or sipping a plastic cup of champagne.

In October, I got to the half of the vast Jasper Johns blockbuster that's at the Philadelphia Museum of Art (the other half is at the Whitney). Over the last few years, the PMA’s been reconceived and rebuilt according to a design by Frank Gehry. There's a lot to be said for the redesign, which respects the original architecture and creates huge neutral spaces out of pale sandstone. Nevertheless, so far, through a number of visits, it leaves me cold; it makes what was a paradoxically intimate mega-museum filled with small galleries into something grander and quieter, as the sound gets lost and echoes into the huge vaulted ceilings and down the stone halls. I think the new entrances, open as they are, aren’t inviting (the process is only half-completed, however).

But the split Johns show was beautifully hung, with hundreds of objects. I remember feeling impressed and delighted by the targets, the numerals, the flags. It wasn’t nearly as crowded as I expected: no line, though a set of rooms pretty full of people and large art, or series of smaller works that covered huge walls. We gave it a couple of hours, but I was quickly overwhelmed by the visual information and repetition. The only work I'm directly remembering from a month ago (as opposed to recalling from images seen over decades) is Johns' famous little cast in bronze of Ballantine beer bottles.

The best and most intense experience I've had since face-to-face encounters with art returned, however, was Saturday at an astonishing pair of exhibitions at the Locks Gallery, located in an old bank building on Washington Square in Old City Philadelphia. The first floor features recent paintings by the realist master John Moore, the second a single installation by the fundamental and elusive conceptualist painter Jennifer Bartlett. Each of these artists, in the course of long careers, has developed a distinctive and fundamental visual vocabulary.

It's hard to imagine two bodies of painting more opposite to one another: Moore's a painstaking and ravishingly beautiful celebration of the human and natural world, Bartlett's an exuberant, sophisticated and systematic investigation of the grounds of human visual experience. They both benefit by being simultaneously juxtaposed in the same relatively small building and separated on different floors.

Locks doesn't make a point of it in the gallery or the website, but Moore and Bartlett were both born in 1941. They both got their MFAs at Yale in the 1960s, though Bartlett was there before Moore. They appear to be complete opposites as painters in all possible ways, as I say. Moore paints traditional easel paintings; Bartlett creates installations on her distinctive steel panels. Moore’s a ravishing and precise realist, celebrating industrial spaces or bodies of water or clouds and bathing them in light, as close as we've got to a contemporary Vermeer; Bartlett is by turns an abstractionist and expressionist, and all in the service of a sophisticated philosophical program. But given their common origins and the fact that they're stacked on two floors of the same gallery, it's hard not to feel affinities as well.

I’ve seen a lot of Bartlett over the years in museums, and didn't quite follow the thread. One might walk down a hallway at a museum somewhere covered in colorful dots or squiggles, separated into little panels. Perhaps I judged her as a mildly interesting late abstractionist. But there was also a lot of figuration, often called "neo-expressionist" to connect it with its period in the 1980s, but hard to interpret emotionally, especially on the background of the Sol-Lewitt style conceptual systems or self-instructions, the John-Cage like procedures for generating content without intention. I wasn't really following along, and there has rarely been a more apparently eclectic or even conflicted visual practice.

I was the only person on the second floor of Locks on Saturday for half an hour, surrounded by Bartlett's installation of abstract paintings, or single multi-panel work, "Recitative," described as consisting of "enamel on 372 silkscreened baked enamel steel plates." The neutral space of the gallery, empty but for concrete pillars, not particularly adapted to the work but appropriate to it, was stunningly rearticulated, as though the walls echoed through the space. It's possible to be annoyed by the endless dots, as by Damien Hirst's dot paintings, for example. But Bartlett's dots work on many different levels: each a hand-painted artifact of the gestural moment that’s swept up into a grid-like system, and each above all taking up a part in an unfolding investigation of color.

I spent time trying to "decode" some of Bartlett's color grids, or to uncover the underlying system. For a bit they seemed like SAT questions: what color comes next in this sequence? They have the quality of Sudoku. But what’s really intriguing about these systems is that there may be no single solution: I kept trying to work it out but she kept surprising me. I concluded finally that they intentionally almost work out into a system, that they retain an ineradicable element of randomness, or incorporate that too, into some sort of atomistic cosmology. I started thinking about Bartlett as a kind of Spinoza. But then I just stood in the middle of the room surrounded by all that blooming color and felt like dancing.

I can imagine Bartlett as a star at Yale in the 1960s, but it's a little harder to picture how Moore—who, I'm told, was painting restrained still life at the time—was received. Perhaps the painterly precision was itself taken conceptually or ironically, as though it was the latest iteration of pop. Or perhaps Moore was regarded as a (hopefully, charming) anachronism. But he's kept up a consistent realist practice ever since, favoring, for example, abandoned warehouse spaces near Belfast, Maine, where he lives. Consistently, as in "Departure," the 4' by 6' masterpiece that’s centralized at Locks, he finds abstract motifs amidst real objects: the peeling paint becomes a series of Clyfford Stills, the cloudy glass a grid of lines not unlike some of Bartlett's apparently expressionist abstractions.

In the recent work represented here, however, Moore goes ever-further into a direct celebration of the real world, showing himself to be a virtuoso of water, glass, and above all light. These are the traditional themes of the great Dutch painters of the 17th century: Vermeer, but also specialists such as Kalf. Moore continues this history into the present, or into nostalgia in the present for the relatively recent past. It’s a seemingly perverse exercise that could itself be fitted into postmodern models of repetition and appropriation. But it’s also yielding beautiful paintings right now.

That there are conceptual underpinnings to Moore's work as well is obvious once you look at a lot of it for a while. It always flirts with being beautiful tourist art for galleries in Maine but completely resists that reading on reflection. Moore favors placing the main compositional motif dead-center, as in the small painting "Float" of this year, which isolates a buoy against a passage of water in a way that makes it loom like a figure in a de Chirico abstraction. Every painting in this show is infinitely absorbing. I didn't get enough time, but I got a lot of time.

—Jennifer Bartlett's "Recitative" is up at Locks Gallery, 600 Washington Square South in Philly until November 27, John Moore's "Here and There" until December 23.