The Guy Who Fell Off The World

Selling out for fun and profit is the way to go on this fickle earth. 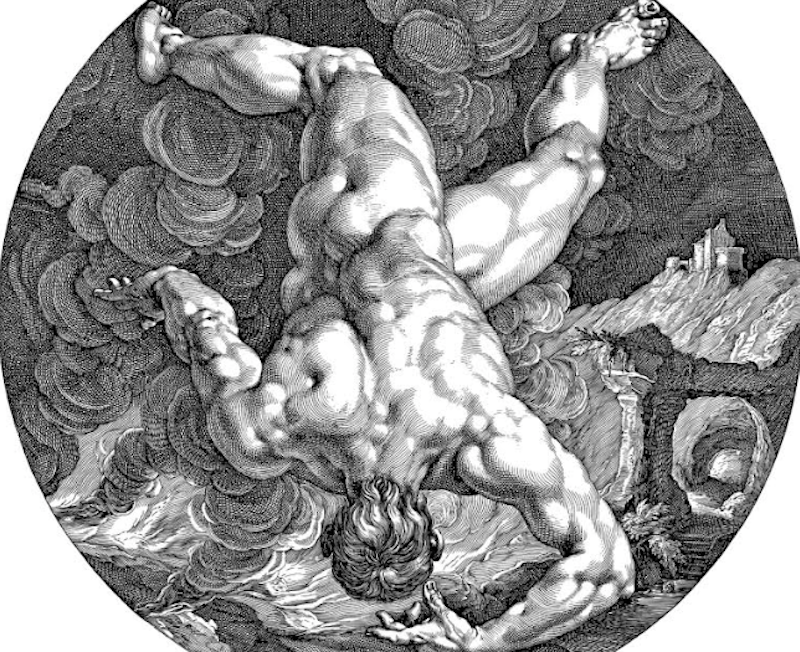 Could you sell your soul to Satan for another slice of pie, cocktail, bar of golden chocolate or more life? Selling out for fun and profit is the way to go on this fickle earth. It happens with a grand flourish of lousy theater. Having a flair for the dramatic in everything overdone, mediocre, stale, and spent. A sordid movie plot, a tired storyline. It's speculation that existence is primarily a random series of unrelated events without meaning or reason. The plotline of a beginning, something happens, and then the end.

Occurring in a haphazard sequence from womb to tomb. Yet we delude ourselves with clumsy attempts to make sense of this mess, believing fate preordained as it serves some divine purpose. God, the imperfect invention of sublime intervention, is why this invisible entity punishes offenders for indiscretions. Or simply blames the devil for all mortal woes. Neither is worthy. Bad rap for the devil and the faithful.

Accentuate the negative positively. Billionaires build rockets to go where? Nowhere. Space is never big enough for us. There's no room in first-class for people desiring eternal youth or another drink out there in the ozone. The cosmic joke is, buy cheap thrills on the way to infinity, never grow feeble, or die on a pony ride for intergalactic killjoy space cowboys. The Einsteinian theory is gravity plus mass equals falling hard like a body dropping in the air. View the past while passing through now. If you snooze, you lose. You may miss the blastoff and crash land on a hostile planet.

Call them aliens, space mutants, little green men, beings from another world, extraterrestrials. They're only us in disguise. Meanwhile, playing sick games where only the lowdown, filthy rich can compete and win. A stiff drink might solve all problems in a pinch. At least on a doomed planet. Is that a cop-out?

Wallowing in the buzzkill of stark mean times, we brace ourselves for the inevitable. Achieve immortality and a sterling reputation calculated by how many jingles you have in your spacesuit pockets. Loose change for the poor who begging, bumming a pittance. Throw pennies in the opposite direction of whichever direction you want to go. Martians walk among us in disguise. Meanwhile, we sit in tomorrow's doctor's office waiting room flipping through last year's magazines. Old news is everywhere.

In 1976, The Man Who Fell To Earth, starring David Bowie, was released. His character, Thomas Newton, falls to earth on a mission. Based on a 1960s sci-fi novel, this film adaptation could be compared with today's billionaire space race of rich idiots vying for prime real estate in the cosmos, under the guise of saving humanity. Or go back to the Cold War 1950s when UFOs and Area 51 were the rage, either way, past or present. Then and now, they want to believe there's something out there besides vast nothings. The dreams of robots and android sex in a tavern bathroom stall. Myth and peculiar realities mix a potent drink in science and fiction.

The theme of alcoholic Martians searching for water on inhabitable planets or a cozy hideaway bar lounge, wiling away the hours until doomsday. Unfortunately, the closest liquor store is a galaxy away from the home planet. In the final analysis, their world suffers severe drought on an earth covered in water. How is this possible? Water everywhere but nary a drop to drink. Surrounded by a sea of life-sustaining liquid as the final line from the film, "I believe Mr. Newton has had too much to drink." The parallels of alcoholism and an unquenching thirst for more. He came for the water but stayed for the booze.

Stumbling through the cosmos in vain attempts to slake a thirst for more life. Ultimately hitting rock bottom in a bottomless bottle of firewater. A delusional Dorian Gray portrait, in different grotesque poses of drunk and ugly. A dirty shot glass on the bar. A body on the sawdust floor. A glass eyeball rolls across the leather booth tabletop. Some see it as glorifying miserable drunks. When you're an alien from outer space in a new place far away from home searching for a drink, there's no time like the present. Cutting a tragic figure in some cartoonish saloon just left of the moon. Nothing alien is human to me. Your world seems familiar. Strangers in a stranger space. Please stay. One more before you go.