Double-checking the locks at night. 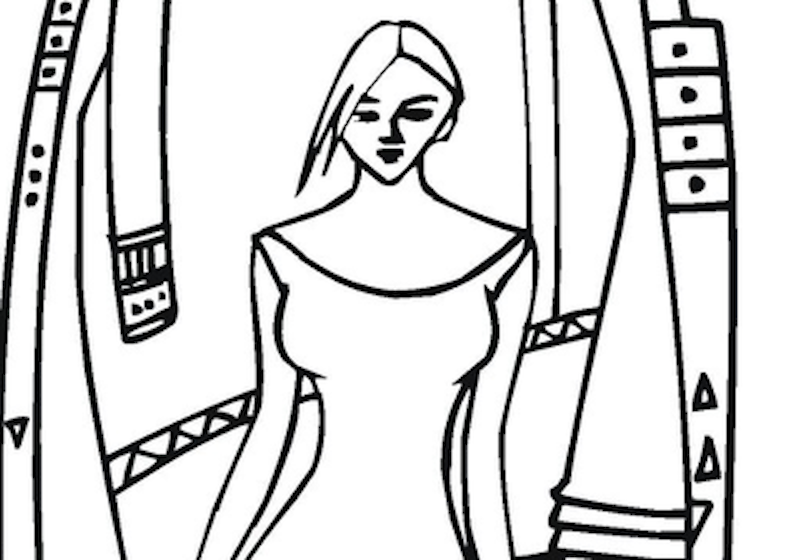 Two days after it happened I saw you walking on campus. It was raining that day. My fleece-lined hood was pulled up over my hair. I made direct eye contact with you and tried to let all my hate and anger seep into you. I wanted you to be held accountable for this rage you dumped onto me. Didn’t you know I used to be happy and carefree? My facial expression must have been terrifying, or maybe it wasn’t. Because your face was empty.

It’s been four years, and I’m 23 now. I’m somewhat independent, but I hate sleeping alone. When friends or sisters stay over I insist that they sleep in bed with me. Maybe that’s just part of my personality, I hate blaming it all on you. You were in my life so briefly. I’ve had pimples that lasted longer than you. But there you are—a dark ghost that hides in the corner of my bedroom. You wake me up at two a.m. You’re the reason I double-check my locks at night. I like to think you’re not the sole reason for all of my mishaps with boys, or the trust issues I have. Maybe that night when you kicked in the door of my dorm room and crawled into bed with me while I was sleeping has nothing to do with me now. It was just one sexual assault, and many women have dealt with worse.

I’m sure you never think of me. Could you even pick me out of a lineup? I bet I could walk right up to you and punch you in the face and you’d just say, “Why’s that weird blonde girl so angry?” I’m a speck on your radar. Well, you’re a blob on mine. A big, fat blob that I’ve been trying to wipe away.

The morning after you assaulted me I got out of the shower and cried. I’d tried to wash off the finger-shaped bruises you’d left on my arm when you were holding me down on the bed. I hated having the marks on my skin. I was scared to be in my room with my broken door, worried that you’d come back. I replayed every moment in my mind. What if my roommate hadn’t gone out of town that weekend? What if someone had heard the noise and came running to help? What if I’d woken up the moment you came in? What if you weren’t such a psychotic fuck-up who thought it was okay to kick in a girl’s door and try to rape her while she slept? What if I had told the police what really happened? What if you did this to another girl? It’s the last one that still gets me. The knowledge that you’re out there.

I spent months crying over what you did. Days where I convinced myself to go on long runs, trying to turn into a stronger woman who could fight back. I used to have dreams where I physically attacked you, raking my fingernails through your warm, thick skin.

I’ve matured since that night. I lived for a year in Scotland, graduated from college, helped the elderly, became an aunt, learned how to cook a decent stir-fry. But I’m still young enough that one night in college still feels heavy in my life. Maybe someday when I’m older, with a stable career and maybe a child or two of my own, you won’t hold as much gravity. Perhaps I can cancel you out with other milestones? My life is full of dreams. Big, beautiful, juicy dreams that I’m working to achieve.

On days when I feel like a good person, I pull you and other demons of the past to the forefront of my brain and I make peace with you. I say, “I’m glad you happened. I’m a stronger person now and I’m going to use you to carve out a brighter future for myself and others. I can’t change what happened, but I can change how I deal with it.”

On days when I feel like an evil, wretched person I say, “Fuck you. Fuck you, fuck you, fuck you. Do you know what kind of damage you left me with? Do you know I still wake up crying in the middle of the night, with the lingering memory of a dream where a large, unknown man is pressing on my body while I sleep? I still have nightmares about that night over and over and over… Fuck you, you fucking dick. Fuck you.”

Here’s when I don’t think about you: When I’m playing hide and go seek with my nephew, trying on dresses, baking cookies, reading in the sun on my stomach, vacuuming while listening to Beyoncé, watching the movie Titanic, filling out job applications, depositing checks, applying mascara, making collages, talking to my dad, cooking scrambled eggs, getting a cavity filled, smiling at strangers, scrolling Craigslist for writing jobs that I never qualify for, doing half-hearted lunges while I watch the morning news, sneezing, flossing, burping, singing and blinking.

But occasionally you sneak into the negative space. You catch me unaware when I’m caught in traffic on I-5 and my mind is slowly drifting or when I’m walking my beagle down the street and she pauses to sniff a pile of soggy leaves. I can’t pretend it never happened. I tried. Denial is its own dark monster that I don’t want to deal with.

February 2009, a 19-year-old me is shaking in her dorm room with a t-shirt stretched over her knees, sitting on top of the pink quilt her mom made. She’s staring at her door that has a busted doorframe and is now unable to shut all the way. Little bits of plaster are sprinkled on the carpets. She feels like her skin is inside out—exposed in a horrible, ugly, embarrassing way. She feels hot, cold, nauseous, scared.

If I could step in I would hug her for as long as she needed, letting her wipe her snotty nose on my shoulder. When her hiccupping and sniffles died down I would cup her chin in my hand and tell her to get up, put on some pants and report him. Don’t stay quiet. Don’t burden yourself when you did nothing wrong. He is so fundamentally wrong on so many levels that maybe someday you’ll feel sorry for him. But not today, today you are going to be brave and loud.

I’ve slowly told people. A sister, then another sister, a friend, and another. Starting to tell is the hardest part, but once I start talking it all comes out—hurriedly, like a rushing gust of water. Each time I feel a little lighter. I’m easing my wounds, sucking out the poison. His presence is there, but I’m making it smaller. Maybe someday, insignificant.