Dirty Realist Protests Too much

Alex Perez must realize that literary publishing has always been rooted in shifting politics and trendiness. 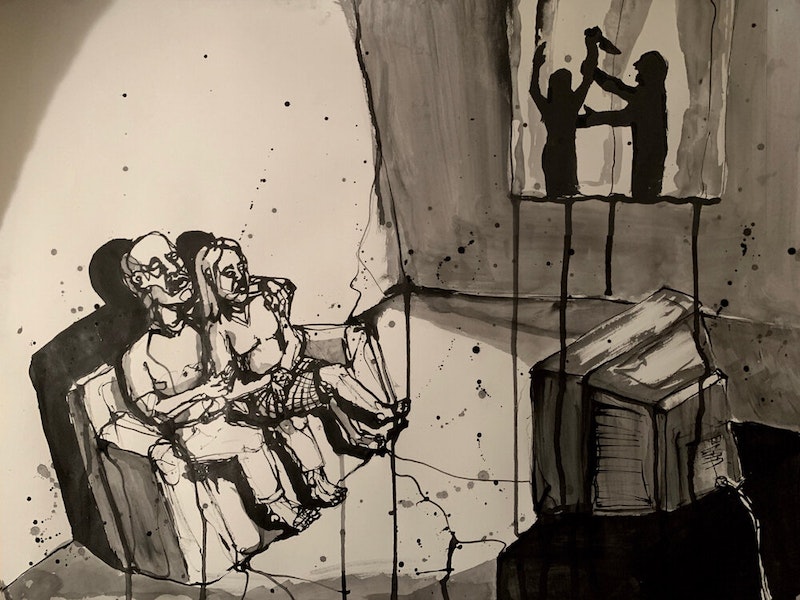 I read Alex Perez’ “Dirty Realists” in the U.S. edition of The Spectator with interest. He thinks this overlooked style of working-class fiction has fallen prey to the fickle preferences of the so-called “progressive elite.” But Perez overlooks the fact that literary publishing has always been rooted in shifting politics and trendiness. Moreover, the obsessions of a vague political demographic like “the progressive elite” have never been a reliable indication of value for anything.

As in academia or the movie industry, “big six” publishing is a risk-averse business, upholding whatever styles and cultural values seem safest, most blameless, and most profitable. Dirty realism was once a sure bet for literary publishers, which doesn’t mean that it’s dead. We still read Denis Johnson. We still love Richard Ford, Frederick Exley, Arthur Nersesian, Larry Brown, Lydia Davis, and Janet Fitch. Readers haven’t stopped appreciating the impact of Raymond Carver’s prose. And though it’s been uncool for a long time to admire Hemingway’s writing out loud in college seminars, read enough from the above authors and you’ll see where they (and many others) got their chops.

Perez writes, “as Carver’s aesthetic sensibility of blue-collar masculinity has been excised from elite culture, books like Where I’m Calling From are only read by literary aesthetes in mourning for the American short story.” This isn’t remotely true, but it sounds interesting and maybe points to something deeper: art and culture are inseparable. We can talk about a work of literary fiction as a free-standing, self-justifying art object. But we can’t assume that’s all it is. It also emerges from within a cultural moment.

You can try to write the Victorian novel in 2022, and maybe you’ll succeed on certain stylistic levels. But it would be a mistake to disregard what’s happened aesthetically, historically, and politically between the debut of The Pickwick Papers and today. It would also be a mistake to forget yourself, your own very non-Victorian identity, and the extent to which you’re a product of your times.

Dirty realist fiction is no doubt written today, but it’ll be of today, of this moment, not the late-1970s and early-80s, when Gordon Lish was streamlining Carver’s stories into a style critics would later describe as “romantic minimalism.” The politics have changed. The cultural values have changed. The moral expectations have changed. Consumer book buying has changed.

So when Perez points out that contemporary fiction is now “mostly about the sociopolitical obsessions of elite progressives,” we might nod or shrug and then go back to reading White Oleander. He complains that “[contemporary] novels, whether about climate catastrophe or systemic racism, now make up the bulk of what is published by New York presses and have defeated the chance of a dirty realism revival.” Maybe so, but when has it been any different? After 9/11, we may have noticed a certain uptick in novels featuring firemen or sudden catastrophic explosions. During and immediately after Operation Desert Storm, big publishing suddenly discovered the Middle East.

Thinking like a publisher, we ask who reads the fiction offerings in The New Yorker or culture magazines like Granta, where editor Bill Buford first coined the term, “dirty realism.” What do these readers care about now or pretend to care about? Where’s the market? Who’s buying novels and why? As fiction writers, we don’t have to cater to trendy sensibilities, but we can’t go into denial about them. We need to know what’s out there if we want to understand where and to whom we should be submitting our manuscripts.

A publisher thinks of books in literary terms while seeing them as marketable units. It’s not a museum curator. It's in business. But thinking like an artist, Perez opines that politics, and by extension, commerce, has short-changed a great literary sub-genre. As much as I admire Perez’ interesting piece and sympathize with this to a certain extent, I think he protests a bit much.

Perez is also a fiction writer. It means there are working writers who have not been zombified by political pretentiousness, which we already knew. In a way, Perez counters everything he’s complaining about. He’s out there with the rest of us, who still care about gritty realistic fiction. We’re still reading it and writing it in 2022. All that remains is for us to say as much—no matter what went into the Random House-Penguin catalogue last year.