Reflections of a child-phobic American on her time as an au pair in London. 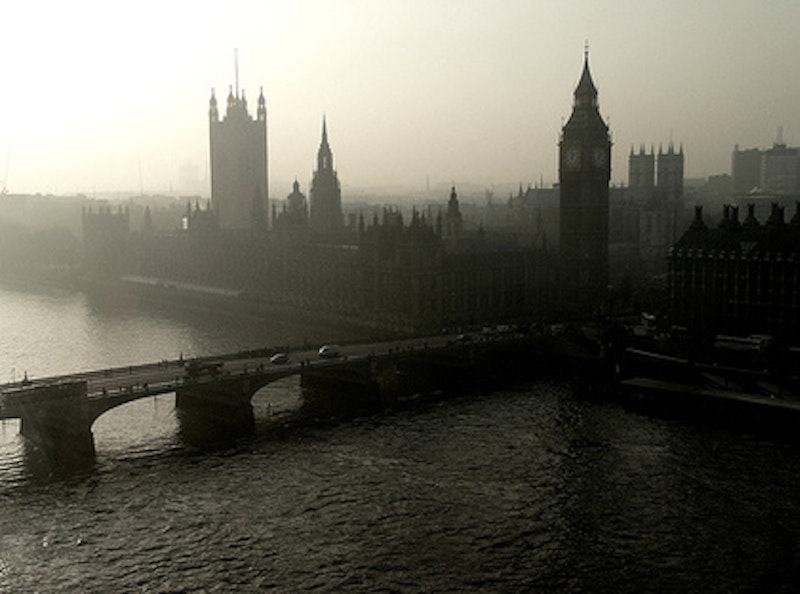 When I boarded my Virgin Airlines flight to London from Washington D.C., I knew nothing about what the next six months had in store for me.  All I knew was that this time, unlike my departure to study abroad in Wales two years prior, I cried when I said goodbye to my parents.  I looked at it as a step in the wrong direction and was a little unnerved.  Shouldn't it be the other way around?  I had already lived abroad for 6 months before.  If I didn't cry leaving them then, why should I be now?

I took a job as a live-in nanny for a middle class family in Hammersmith, West London.  When I say middle class, I mean London Middle Class, which is probably upper class anywhere else in the world because as I quickly learned, the British Pound pretty much kicks every other currency's ass and my savings account statement, when converted to pounds, already displayed a scary three digit number.

A self-professed Hater of Children, I still question my logic of choosing this job to work for half a year.  I took it because I was flattered by the offer and in need of a bed as soon as I could find one.  This job offer was also quick, easy, and free accommodation.  It paid me cash every Friday and gave me access to the family's gourmet and mostly organic food selection.  It didn't hurt that the father had a couple racks of decent wine from the region of France where they went on holiday every summer.

Lucia and Gareth have two kids: seven-year-old Lola and four-year-old Eva.  Eva has a speech and language delay and having just started talking about a year before I met her, was still delighted with the novelty of verbal communication and talked whenever she could, to whomever would listen, be it a human or inanimate object.  When I first met her she was eating her lunch of pasta and sausages, picking out the sausages and eating them first, a trick I would come to learn and despise.

I moved into the Au Pair room on a Friday and that Saturday morning awoke to Eva at the top of the stairs, right outside my door yelling to her mother a morning announcement, "Mummy!  Mummy!  I did a poo!   I did a poo!  Come wipe my bottom!"  In fact, lot of what Eva said had to do with such functions.  She loved to fart and would announce it to me with her slight impediment and her English accent, "I did a bart!  I did a bart Lor-en!"  One day I lugged her stroller all the way across town to pick her up from a special nursery school she attended on Thursdays and Fridays and as I strapped her in she informed me, "I did a bart in nursery, Lor-en."

Eva could be more infuriating than anyone I had ever encountered.  Total and utter refusal to listen to directions made putting shoes on before school exhausting.  It seemed she had no respect for anything I said and it was hard for me to enforce rules that her parents didn't.  She was lazy and wouldn't walk anywhere.  When she did use her scooter she scooted off ahead of me so I had to run and shout to her to stop at an intersection.  She spit in my face when I reprimanded her and she hit and kicked when it was bathtime.  She was a terror with a bowl cut and I realized that I had come to fear a 4-year-old girl in leggings and Mary Janes.

Even in those dark times, the same child that drove me to dig my nails down my cheeks in frustration could make my heart melt with a simple phrase or action.  She suffered from dyspraxia which would cause her to rock side to side when she walked, and every morning after a harrowing scooter-chase through Shepherd's Bush she would enter her school and waddle to her classroom shouting "Mornin'!  Mornin' Susan!  Mornin' Jo, Mornin' Lor-en!" to all of the teachers, the headmistress, and me.  She was so full of joy and her morning greetings always made me proud to be the guardian accompanying her.

One of the greatest things about Eva was that she loved physical affection.  I would pick her up and swing her onto my lap where she could sit for hours while we watched Tiny Pop on the telly.  A couple weeks into my stay with the family, I was tucking the girls into bed and I handed Eva her milk, which she took a swig from before settling onto her pillow.  When I leaned in to say goodnight she brought her face to mine with puckered lips and I braced myself for the spray of milk that was sure to follow.  But with my eyes shut, instead of a warm splatter I felt her little bouquet of a mouth unsteadily brush my cheek and when I opened them again she was back on her pillow, "Goodnight, Lor-en!"  After that, goodnight kisses were required routine.

Eva became the most rewarding part of living in London because I saw her make so much progress during my stay.  She went from drawing abstract and random doodles to writing her name legibly and drawing recognizable princesses and penguins.  Her manners, something I worked hard to improve, were age-appropriate by the end of my time and she was eating all her vegetables with every meal.


Although I was ready to be done with this childcare job, saying goodbye to Eva was bittersweet for me.  What made it even harder was that she didn't really understand that I was leaving and not coming back.  Her older sister Lola made me a card and gave me a heartfelt goodbye, but when I said "Goodbye Eva!" she just said, "Goodbye Lor-en.  See you later."