Michael Chabon assumes an eloquent fighting stance in his new essay collection, but it seems misdirected. 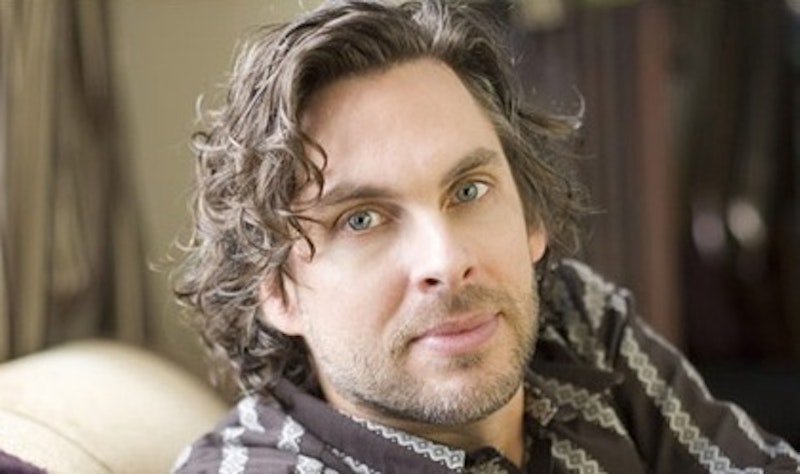 Most famous as the author of 2000's The Amazing Adventures of Kavalier & Clay, Michael Chabon has long been one of the country's most critically and commercially successful novelists, and he's carved out a simultaneous career as an exceptional literary critic in publications like The New York Review of Books. It's in these nonfiction forays, 16 of which are collected in his new book, Maps and Legends: Reading and Writing Along the Borderlands (McSweeney's, $24), that Chabon's intellectual range and enthusiasm for literature really reach full bloom. Chabon brings a preacher's fervor to his love of reading, occasionally even employing religious terms to describe his passion: "I was born for the first time in Georgetown University Hospital, in 1963, and the second time ten years later, in the opening pages of [the Sherlock Holmes story] 'A Scandal in Bohemia.'"

That Chabon, a Pulitzer-winning "serious" novelist, has such an abiding love of genre fiction like the Holmes yarns is the core rhetorical position in Maps and Legends. He remains adamant and unflagging in his devotion to science fiction (abbreviated, fanboy-style, as "sf"), fantasy, comics, and westerns, arguing for a canon that includes both Heinlein and Hemingway. He also says that much of the best fiction throughout the ages, from Dante through Nabokov and beyond, has occupied a position along the "borderlands" of Literature and Genre. Chabon looks at Paradise Lost and sees Tolkien's direct ancestor; he looks at Henry James and reminds us that the man wrote dozens of ghost stories in addition to cerebral realism like The Golden Bowl. Chabon's love of literature is infectious and his language is inspired, but his screed at times feels needlessly defensive.

Regarding his language, Chabon's way with sentences is a reminder of how wonderful it can be when talented fiction writers take a turn at book reviewing. "I write to entertain. Period," he tells us, adding that, if pried, he could defend his craft on more intellectually "serious" grounds:

I could go on about the storytelling impulse and the need to make sense of experience through story. A spritz of Jung might scent the air [...] I could go down to the cafe and take some wise words of Abelard or Koestler about the power of literature off a mug. But in the end [...] it would still all boil down to entertainment, and its suave henchman, pleasure.

Chabon personifies his language and piles on his clauses like fellow novelist-critics William H. Gass and John Updike, and he's equally adept at close readings of texts as diverse as M.R. James's ghost stories and Ben Katchor's Julius Knipl, Real Estate Photographer comic strip. A few of the later essays are more autobiographical, and it's a testament to his writerly improvement that Chabon's reflection on crafting his debut The Mysteries of Pittsburgh is more entertaining than the novel itself. The title essay, concerning his early childhood in the prefab suburb of Columbia, MD is itself a small masterpiece of evocative autobiography.

In fact, Chabon's craft is so inspired and his enthusiasm so infectious that it's easy to overlook the flaws of his central arguments. His call for some kind of all-inclusive canon seems particularly outdated in 2008. Comics long ago crept into college syllabi, book review pages, and awards shortlists under the more respectable label "graphic novels"; The Library of America, whose first titles included works by Melville and Hawthorne, will soon publish its second Philip K. Dick collection; Stephen King, a proud genre writer, received the National Book Foundation's Medal for Distinguished Contribution to American Letters in 2003; and Doris Lessing, author of many hard sci-fi novels in her time, won the most recent Nobel Prize for Literature. Chabon's fighting stance seems directed at the Harold Bloom school of arch-canonization, but in that case he's boxing a phantom; for better or worse, contemporary English departments couldn't be farther away from the antiquated "Beowulf to Virginia Woolf" curriculum model. And even über-snob Bloom has championed the work of Thomas Pynchon, Cormac McCarthy, and Don DeLillo, all of whom use genre tropes to frame their novels.

Strangely, Chabon ignores the fact that his own career exhibits the traditional canon's erosion in microcosm. Kavalier & Clay is an epic about Kirby-era comics that garnered tremendous critical and popular success. His next novel, The Yiddish Policeman's Union, was an alternate history about a Jewish state in Alaska following World War II. He also recently serialized an adventure story called Gentlemen of the Road in the New York Times Magazine, published a Conan Doyle homage called The Final Solution, and contributed to the screenplay of Spider-Man 2. Few contemporary writers' careers so ably illustrate the gradual mainstreaming and critical acceptance of genre fiction.

Ultimately, Chabon's main point of contention is a small one: the relative placement of books in bookstores. In essence, he objects to the practice of giving New York Times-approved novels a tall, sturdy binding while his coveted fantasy and horror writers wallow in foil-embossed, airport bookrack illegitimacy. This is a worthwhile complaint, if a small one, and in making it Chabon draws attention to the inanity of current book publishing. Any fiction fan who's spent time in used bookstores has probably seen the mass-market, airport-style versions of literary fiction from the 60s through the 80s. For young readers, it's almost disorienting to see the books of Vonnegut, Mailer, Pynchon, or Margaret Atwood cheaply packaged in romance-novel size. And yet they were, as publishers no doubt saw the benefit in making good writing available to more people.

The idea of current literary writers like David Foster Wallace, Haruki Murakami, Zadie Smith, or Chabon himself being published in cheap mass-market editions is all but impossible; publishers would never risk the prestige. Yet imagine how different the cultural landscape might be if casual Wal-Mart shoppers in search of an $8 travel read had the choice between James Patterson and Denis Johnson. Maps and Legends only makes this point implicitly (and is itself presented in characteristically gorgeous packaging by McSweeney's), which is unfortunate since Chabon's plea for canon diversification seems like preaching to the choir. Academics and awards committees have agreed with him for years; it's the publishing industry that seems set on perpetuating needless divisions. Chabon's collection is a beautifully written manifesto, but it's not quite the right one for its time.