Daisy isn’t stupid, but she is a mother, which is nearly as bad. 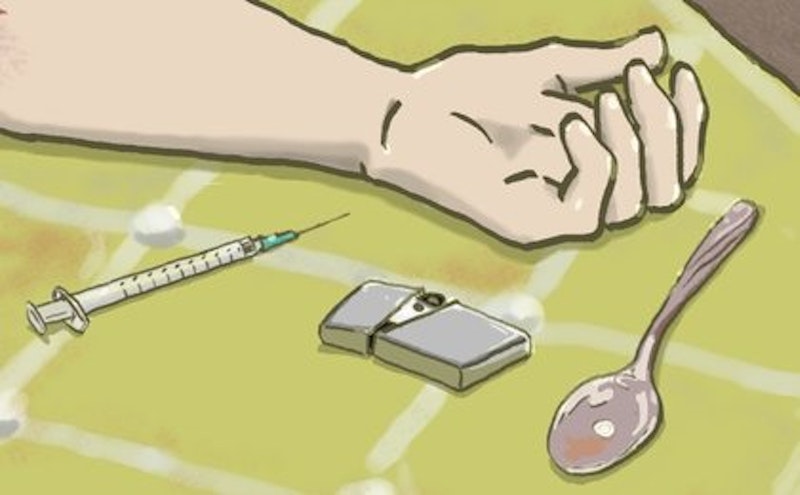 Things got seriously ugly between Daisy and me last week. Two weeks ago, her middle-aged junkie son arrived, on the lam from various criminal charges in Rhode Island, the sort of charges you get hit with when you’re loaded on heroin and decide to go for a spin with a bunch of bags in your car. A heroin buzz really isn’t conducive to driving. I won’t even drive on Vicodin. Naturally, he crashed it, and the cops nailed him. This was back in October. Junkies aren’t known for their sparkling wit. Most of them are pretty stupid. That’s why they’re junkies.

Daisy isn’t stupid, but she is a mother, which is nearly as bad. A mother will stand by her son no matter what kind of mindless reprehensible shit he gets into. Mine didn’t, but my adoptive parents were uniquely perverse. They hated each other. Their marriage was the Doctor Zhivago of hate affairs. I’m grateful for that. They inadvertently gave me a truly exceptional set of survival skills. Daisy’s son, let’s call him Jonah, had no such friction in his upbringing. He had actual biological parents who truly loved him and each other and nurtured him: his mother, a gifted and dedicated early childhood teacher, and his father, Michael, a small-time grifter psychopath seemingly trying to become human at the time. They were hippies. Daisy didn’t get the memo on Michael’s serial womanizing until Jonah was in his early teens, but she stuck it out, and to his credit, so did Michael. They divorced somewhat amicably shortly after he turned 18.

Daisy’s upbringing in Florida was pretty rugged, though not nearly as saturated in psychotic violence as my own. Her father died an agonizing death when she was about four years old, a three-day ordeal resulting from imbibing a bad batch of moonshine. With two sons and Daisy, her mother struggled with desperate poverty until she hooked up with Olly, a creepy pedophile with a locksmith business and a tow truck. He molested Daisy throughout her childhood. There’s no way her mother didn’t know. The brutal truth is that Daisy’s mother pimped her out to Olly to keep bread on the table and a roof over their heads.

Years later, after Olly had died, her mother squandered every asset she’d inherited on lawyers and bribes to judges to get Daisy’s brothers into country club prisons after they were busted for dealing cocaine. Daisy got nothing. Mothers and sons, it’s like Darren Aronofsky’s Requiem For A Dream.

I left Daisy’s place with whatever valuables I’d stored there a couple of days before Jonah arrived. He took his last dose of methadone on Wednesday, spent 22 hours on a train, and somehow managed to get here without attracting the attention of the Amtrak cops. I’d made a couple of very explicit threats to him about the potential consequences of ripping his mother off or fucking with her in any way. He responded by calling Michael, presently occupied with some failing arts-oriented scam in Key West and cheating on the woman who supports him. Michael called me and threatened me with the cops. Michael did prison time for ripping off his adoptive father for a substantial sum of money back when he was in his 20s: not some youthful lark, but a true indicator of character, or lack thereof. His karma came around when Jonah cleaned out his bank account a few years back. I laughed and told him “You’re a predicated felon, and you’re gonna call the cops on a 61-year-old cripple with no criminal record for threatening your junkie son, a fugitive from justice in Rhode Island? Good luck with that shit, asshole.”

Within a couple of days of his arrival, Jonah told his mother that I’d made a pass at him in Key West back in 2000. That I was in Key West in 2000 is beyond dispute. I wrote a severely decadent article about my experience there for New York Press. I had some wild sex down there. Exclusively heterosexual sex. I haven’t come on to a man since the early 1980s, and Jonah ain’t my type. I always preferred the David Bowie type, thin and blond, like me. I’m a narcissist, I prefer sexual partners who look like me. Jonah is built like SpongeBob SquarePants, and he’s as dumb as a post. I am primarily sapiosexual.

The lie was intended to split Daisy and me. I went nuclear. Daisy, Jonah and I exchanged some pretty vicious texts and emails, climaxing with her threatening to call the cops in an attempt to get me committed. I immediately called the cops to do a “wellness check” on her, explaining the situation in full. He who calls the cops first, wins. Any subsequent attempt by her to send the cops around after me would be perceived by them as a petty retaliation effort in a domestic dispute.

I’ve been protecting and entertaining this woman for 15 years. She hasn’t seen her son in 12. He only called her when he needed something. The antipathy between us goes back a few years. I pointed out to Daisy just how strange it is that he took 15 years to tell her I made a pass at him, and reminded her that I never went for chunky junkies, or junkies of any sort. I prepared to abandon our plan to move in together and retreat to my cousin’s place in New Jersey. I sat in this quonset hut for close to a week, drinking continuously and listening to Lou Reed’s Berlin over and over again. She’ll die alone, I thought. I was going to take her to Denmark next summer. She’ll never see Copenhagen, I thought.

I thought it all the way through. I dislike zero sum games, except poker. I’m not as cruel as I often pretend to be. She’s smart and she’s fun. I love her.

If I leave her, the junkie wins.

In every way, sticking to our original plan is a win/win situation. Jonah’s leaving on the 15th of this month. If my instincts are right, he’ll turn blue in a filthy gas station bathroom with a needle hanging out of his arm. If I’m wrong, and I would truly like to be wrong for once, he’ll clean up and thrive. She’ll get to keep her son. That would be pleasing.