In the Attics of My Life

Rooster reminisces on a winding road of a rainy night. 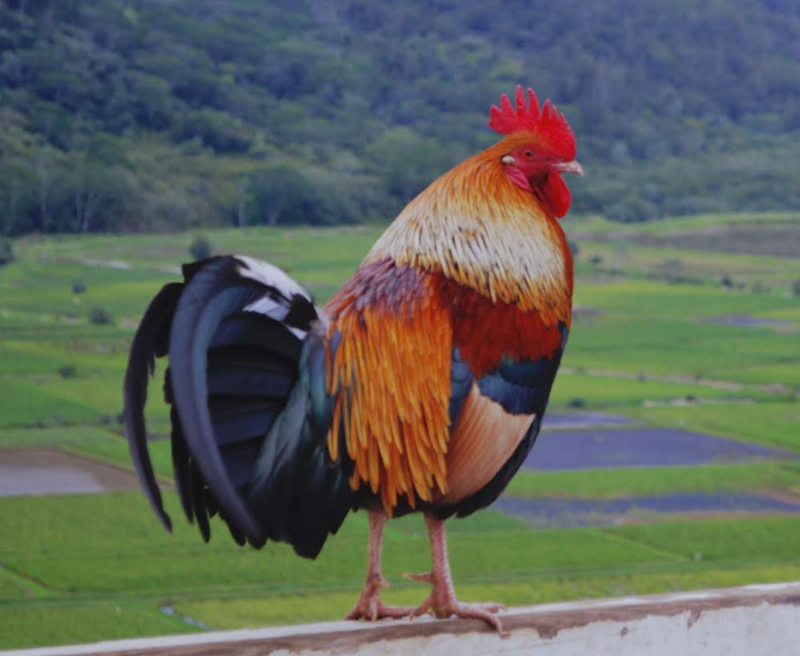 In my younger and more vulnerable years I considered reading The Great Gatsby but then I thought this shit’s boring who cares. That was my folly. It didn’t stop there. Mistakes defined me as much as my hackle, bright red feathers, or caw. I wasn’t always as outspoken as I am now, and as a chick, I was often mocked by my peers and their parents for being too meek and recalcitrant to ever amount to anything, which in their minds meant waking farmers and their families up at the crack of dawn.

I wasn’t interested in a predictable life laid out before me when I had decades to do whatever flew my fancy. I left home at a young age—two weeks—and never kept in contact with my parents. They’re surely long gone by now, and I don’t regret my decision to move on. It was a toxic environment and at times abusive, as I’ve briefly alluded to before.

When I struck out on my own I was alone, without friends, work, or a place to call home. I slept in roadside ditches and pecked at half-eaten picnic baskets before the bears would wake up in the spring. Renaissance Fairs were my mecca, always a pointless and decadent feast of meat, mead, and occasionally vegetables, which I ate behind the stands as loud humans paraded down muddy paths dressed in chainmail hoping to get blackout drunk and fall in the grass and make love, the picturesque versions of how they thought they were supposed to act. I’d be a liar if I said I didn’t envy them at the time, before love entered my life.

When I met my wife Monica, life went widescreen and I was able to feel safe in being myself traveling with a partner in crime. We’ve never erred in our love or strayed in our ways, despite a world of lecherous ghouls and serious threats imposing themselves upon us at every step of the way. A clichéd lyric by The Grateful Dead won’t sum up our relationship or our time together, so I do my best in these weekly missives from me to you to offer a window into a world rarely explored or considered. Birds are vaunted and catalogued and “watched” by a number of peculiar human enthusiasts—most birds. But the rooster, the hen, and the chicken—whatever name you assign us—has served man only in the kitchen and in the cornfields.

Despite significant progressive social strides in recent years, factory farming and the cruel imprisonment, torture, and murder of our species has continued, unabated, aside from a few insulting concessions from programs like Portlandia, where a considerate couple is mocked for sincerely inquiring as to the life of the bird they are about to devour. These are vast injustices and affronts not only to our character and lives, but our spiritual integrity. The world of people has offered us little in the way of respect or opportunity, and so I sit here in my barn, far away from our nearest neighbors, penning another plea to have our voices heard and our stories told. I’m feeling reflective, wistful, and a bit misty-eyed tonight, though it’s not the inclement weather that runs from my eyes—I’m grateful. And I’ll continue to speak as long as my beak allows.