The Canyons and the End of Post-Empire 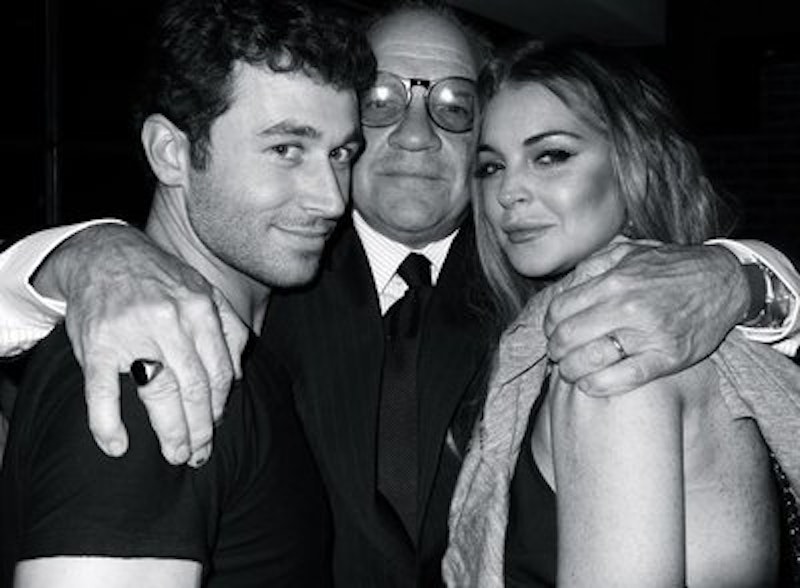 Bret Easton Ellis is a literary genius. He’s also an inept filmmaker. His 2011 essay “Notes On Charlie Sheen and the End of Empire” is the work of a writer who no longer has the grasp of the culture he once understood. Ellis’ was an explosive entry into American letters. Less Than Zero, his debut novel, became an international bestseller while he was still at college. College students don’t tend to write books, and the few that do will never write a book as good as Ellis’ first, or one as iconic. The “novel” doesn’t have the same influence in 2018 as it did in 1985 when Less Than Zero was first released.

The Post-Empire theory Ellis posited in 2011 is more of a reaction to Barack Obama’s presidency and the aftermath of George W. Bush’s, rather than any concrete, definable, useful philosophy. Deliberately confusing, Ellis introduced Post-Empire by defining Charlie Sheen as the celebrity who most captured the Hollywood zeitgeist, a celebrity for a broken world. His drug addictions, womanizing, gleeful rejection of Empire vanities, transparency, and lack of shame and guilt in the face of criticism, is Post-Empire.

“The Kardashians so get it,” Ellis writes, “the cast (and enormous audience) of Jersey Shore get it.”

Get it? If not, Ellis implied, then you are Empire, and your time’s up. The American Psycho author promoted his theory on Twitter, delighting in what he was always best at: picking the coolest cats in the club. Lady Gaga got it whereas Madonna didn’t, Ricky Gervais got it, Eminem was a prophet of Post-Empire, eradicating the total Empire of Bob Dylan, porn was Post-Empire, Facebook was Post-Empire, David Fincher’s Facebook film The Social Network was “an Empire film about Post-Empire” and so forth. I can imagine Ellis enjoying (half) explaining his new idea to legions of diehard fans (who accepted the Empire/Post-Empire binary completely) and diehard enemies, who didn’t. The latter of course, could only be Total Empire. Ellis’ Twitter feed was praised by The New York Times as “essential.”

In 2012, announcing itself as a Post-Empire Production, Ellis, in collaboration with director Paul Schrader, released the micro-budget turkey The Canyons, and the slow decline of Post-Empire began, limping along in its stylish pointlessness, ending when Trump was elected. The Canyons is not available on Netflix, and although technically available to view, it’s hard to find. You’re not missing much.

Financed (controversially) via Kickstarter donations, and widely derided for its casting of Lindsay Lohan opposite porn-star James Deen, (who Ellis seemed determined to turn into a movie star) The Canyons had the best intentions. Ellis loves to savagely satirize Hollywood, and had Deen been the next Brando, it could’ve worked. But the film remains cynical, slow, unpleasant and dull, with wooden acting, and many parts filled by actors who are beautiful but talentless. For anybody who has witnessed Schrader’s lamentable attempts at directing (especially the unbelievably poor Exorcist prequel) The Canyons may be the worst film he’s ever done. Schrader, like Ellis, is an intellectual, and their cerebral, rigid approach to filmmaking reminds me of something Roger Ebert said about Andy Warhol: “He is a terrible filmmaker, but a great film critic.”

The last film he made within the confines of the Hollywood system, The Informers (2009), based on his book of short stories, was humorless, notable only for being the last film that the late Brad Renfro acted in. The subject of his essay, Charlie Sheen, is HIV positive. He last published a novel back in 2010, the sequel to Less Than Zero, Imperial Bedrooms, and it works best as a literary conclusion to his career. He has tweeted many times that he has no immediate plans to write another book.