In Praise of Quiet Days 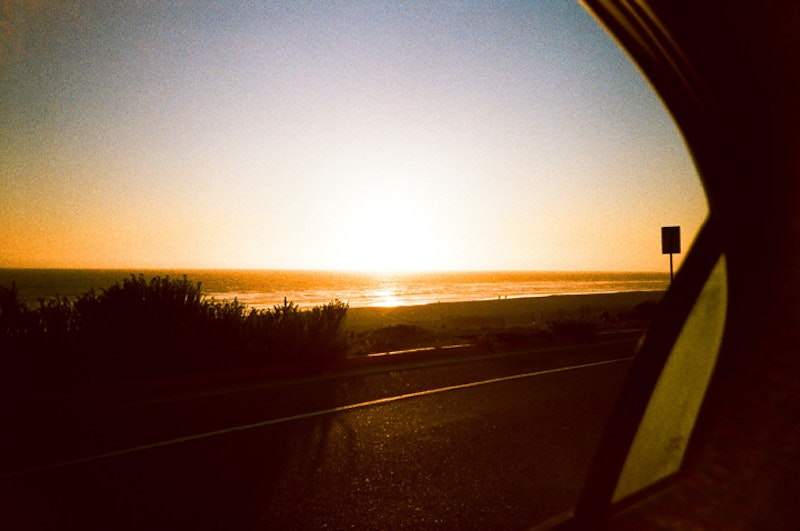 If you’re driving down the Pacific coast, then head east, you’ll find a place named after the moon. The people who live in this town are friendlier than most. They’re artists and wanderers. There are horse people and those looking to find some peace and a few moments of quiet. It’s not a destination for many; more of a tucked-away sanctuary. We like staying here. It feels cozy and rejuvenating. Not busy. There are sunsets and smiles.

There’s a little arts shop that sells handmade objects. Being inside the shop and observing the imaginative creations is wondrous. Thinking about all of the time spent shopping for gifts online, this kind of space makes me recognize the importance of perusing. Because we live in a universe that is hyper-focused on efficiency and technology, we don’t often allow ourselves to become absorbed by a space. Even in the transaction, the purchasing of the gifts, human moments can exist here.

I find myself thinking about artistic communities and how intentionally separate they used to be. Towns like Tucson and Santa Fe, Berkeley and Santa Cruz. How they’ve likely changed, yet tried to remain separate from the urban sprawl in an increasingly commodified America. Where do hippies go when hipsters are everywhere? What subculture is neither hippie nor hipster, but exists in a way that is separate from the mainstream culture?

We’ve connected with our families remotely this winter. Phone and email and text. After years of traveling back to Boston in the winter, we instead headed south. While we’ve avoided the northeast this winter, the winter itself has avoided the northeast. Sixty degrees in December means no snowmen and no sledding for the denizens of the Atlantic’s northern coast. There have been constant rains and it’s been a colder than usual December in the Bay Area. The school where I teach has no air conditioning and no functioning heating system. In August and September, it was sometimes 90 degrees inside the classroom. I brought in lemonade and found ice cubes. The temperature dipped to 45 degrees inside the same room in November, so I bought an instant tea kettle in an impulsive moment. I clicked a button. It came in the mail two days later. The students were very cold and some remain very stubborn. I convince them to try some tea. They beg for sugar. A handful of them carry fleece blankets around with them.

I have some time off this week and next. This year has been the hardest of my teaching life and we’re less than halfway through. The dark and rainy mornings have added to the difficulty of rising, getting things ready and leaving on time, but these mornings are nothing like the snowy winter mornings of my childhood. James Naismith, the inventor of basketball, came up with the game inside a Springfield, Massachusetts YMCA gymnasium in December, 1891. The blizzard forced his students indoors for over a week. A sport that can be played indoors in the wintertime.

We watched the Warriors and Cavaliers on the small television here in this little cottage on the edge of this beautiful town. We watched Transparent. The propane fireplace glowed and radiated warmth. The dogs slept soundly. We opened our presents for each other earlier in the month, in our own little ritual, part-Hanukah, part-Diwali. We set up the tree with the ornaments and golden lights a few weeks back. When we were walking toward the temporary tree lot, we saw a three-year-old in a yellow Pokémon hat tearing down the sidewalk shouting “Christmas Twee! Christmas Twee!”

The holiday season is supposed to be a season of peace. Are we still a peace-loving nation? As we hear about more mass shootings, we debate the health of the planet, and our political debates dishearten more than empower us. Will we find hope in this season of giving, or are we consumed with taking?

Tomorrow morning we’ll be back on the road, headed north. By late afternoon, maybe just before sunset, we’ll be back in our house. Another trip behind us, in the rear view mirror. But for now… we have a pink moment to look forward to.