I Walked Out of the Copy Shop Without Paying

Hope they don’t read this. 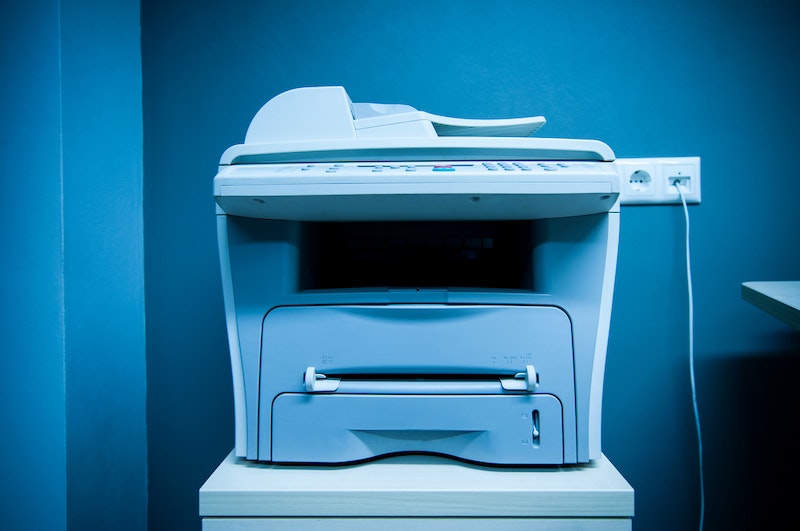 Back from running tedious errands in a haphazard way. Now simmering with temper. I walked out of a copy place without paying. Yes! Not my usual place, another one. Nothing was right, and customers were stacked up at the counter while the fellows did fuck-all. I figured they wouldn’t notice if I left, and they didn’t.

It was a hot day and the place had no lights on. Past the white counter was a gray space that ended farther back than seemed proper. Between the distant wall and the cash register were empty work stations and, I think, as many as three men, none of them near the cash register. One was a dwarf. I noticed him, of course, and a lady customer standing at the counter was calling to him. “Please, sir,” she said. “If you could… I was saying…” I don’t know what she was asking for. The dwarf acknowledged her by a tilt of his head. But he continued staring off into a distance all his own, one at an angle from her. His face seemed to be sardonic but at the same time heavy with worry. “Sir,” she called. He didn’t move.

The other men appeared to me like heads and shoulders stranded among the monitors. They didn’t look our way; we saw their profiles. I don’t know what they were doing. You didn’t see their eyes lock to screen, as happens with copy shop employees condemned to the tedious, detailed work of desktop publishing. The men were at rest, that’s all. Maybe not resting, but not doing anything that was on view.

Next to the lady stood another lady, one with a sheaf of papers in her hand. Behind one of the ladies stood a gentleman with a hat on the back of his head, and not far from him was a skinnier fellow in white shirt sleeves; this man had his elbows hiked behind him. Everyone, including me, was straining forward, hoping to see something dislodge in the dimness beyond the counter.

I reflected that it takes long enough for a given customer to make a copy shop employee drift into range. Once the employee came near, that customer and three others would have to be taken care of. Then I’d pay for my 22 copied pages. Behind me the shop’s door stood open. The traffic of a city intersection at rush hour made its noise. A car honked, and the dwarf shifted his glance, and then went back to the old axis.

Out of three copy machines, two hadn’t worked. They had failed to work in different ways, as if being resourceful about it. The third hadn’t worked either, or not properly. You couldn’t feed a sheaf of pages into it; try and it sat there, blinking at you. Page by page, the flap had to be lifted, the sheet laid on the glass, the flap lowered, the button pressed. I did this little chore, and when I looked up I found four people and a gulf of non-activity stationed between me and paying.

Yes, I walked out of the copy shop without paying. I was timid enough to think somebody was bound to run after me. But I didn’t think it long. Ten feet from the shop and a few past the corner, and I knew those jokers hadn’t moved. They’re down $2.20, and the dwarf is still staring into space. Oddly, my feeling is that I hate them. I won, but I know they and their kind will get me yet.