A tale of injustice and time’s passage. 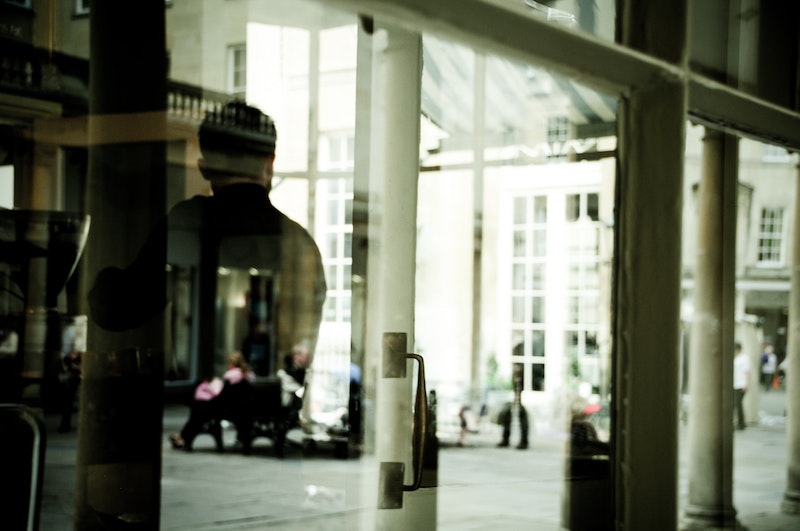 I stopped by the Red Saucer yesterday, the one in my old neighborhood. I’d thought many times about going back there and defying the ban they put on me. But when I finally did it, my visit proved a hollow revenge. For one thing, this was the place’s new location, not the one where I used to go. For another, all I did was buy a Frappuccino and read my book about fascism. Then I continued my trudge from downtown (I’d been running errands) to my current neighborhood. It was a Saturday and I guessed correctly that the franchise owner wouldn’t be around.

She’s the one who barred me from the place, two and a half long years ago. I asked why and she said, “Because.” Man, was I pissed. Hurt too. For eight years of my life, I did my writing at the Red Saucer. I was a fixture and a good citizen. I talked low and didn’t bother the girls, I always tipped the counter people a couple of dollars, and I bussed tables and straightened chairs (it helped me think). I bought a second order when the place filled up. But then I was barred.

I give the owner little credit for the place. Yes, just before she started there were incompetents in charge, but for years before that the management had been very decent. And she didn’t put the place’s windows in or make the ceiling so high. The old Saucer had plate glass windows like a car dealership, and my city suffers or enjoys winters that are knee deep in snow. On a winter Sunday I could sit at my table and drink my latte and push paragraphs across my laptop, and when I looked up I’d see snowflakes falling like a curtain of white oatmeal cookies. They’d be waving against the looming gray glass, and at 7 or 7:30 in the morning there’d be nothing between me and this view but an expanse of tables and chairs. Here or there a Quebecois working man would absorb the steam from his coffee mug and contemplate an old tabloid. Underneath the distant ceiling, quiet gathered like an atmospheric condition.

I liked that. I also liked later in the day, when the tables filled and filled again, and college girls in sweaters were all about. And I liked talking with the fellow who owned a domain site company, and the fellow who owned a yoga studio down the street, and the old lady who was a painter, and the young couple with a social conscience (he a fellow from an Inuit village and considering law school, she a gal from Ontario and working at a nonprofit). It was good to be someplace, and for eight years I was there, at my neighborhood Red Saucer.

The landlord jacked up the rent about a year after my exile began. So the franchise traveled a few blocks to a little notch of a storefront that they tricked out with chrome and other bright fittings. From the outside the new place looked like an ice cube tray; I don’t mean temperature-wise, but ambience. Yesterday, when I visited inside, the impression stayed. This version of the Red Saucer wasn’t someplace I wanted to be. I took a demi-pleasure in crossing the threshold and adding that forbidden space to my world. But really. Without the big windows and high ceiling, with the floor plan shrunk to a child’s sock, I didn’t see much point to actually being there. Meanwhile, the place’s old location has become a supermarket.

I’m glad, given my options. Better to have my old home disappear than to be kept out of it. But the lesson I draw is deeper and higher-minded, and it’s one that I knew before I ever entered the old or new location. You know it too. Look at the snow, feel the quiet, appreciate the girls and their sweaters. Because nothing lasts.