Tired superhero rags and why Robert Kirkman is the best in the business. 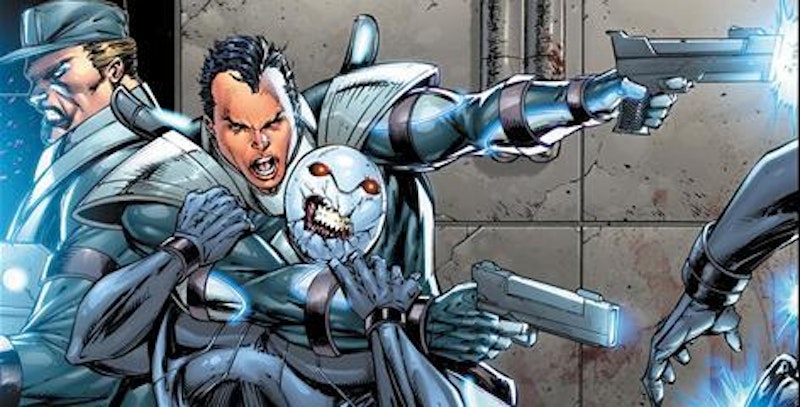 The stigma against American published comic books is that the market is dominated by dry, outdated superheroes. Titles like Superman, Batman, and Spider-Man appeal to a wide number of audiences in the theaters, but the source material sells to only the specific niche that it’s aimed at. DC and Marvel are perceived to have control over the industry, but that’s not necessarily true. Creator-owned series like Invincible, The Walking Dead, Scott Pilgrim, and Bone, which are quietly moving units in bookstores and comic shops across the nation, show that not all American graphic novels are as stale as some believe.

DC’s “New 52” is great for sales, and thus far the books have done well critically, too, but that doesn’t stop the characters from becoming tired. How many times has Batman thwarted a wicked scheme of the Joker’s? Even if each plot to kill the Dark Knight is different, and completely unique, the story eventually boils down to the Joker trying to kill Batman. Again. These heroes are classic, though, and that’s why they’ll never stop selling. But haven’t you ever gotten sick of the classics? If my monthly pull consisted of only veteran superheroes I’d be bored out of my mind. That’s where Robert Kirkman comes in.

Kirkman isn’t the first writer to endorse creator-owned comic books, but he’s by far the most prolific. Every month his series The Walking Dead consistently outsells all other trade paperbacks besides Scott Pilgrim. His other flagship comic, Invincible, is perhaps the most popular superhero book not owned by DC or Marvel. Other Image titles he’s worked on include The Astounding Wolf-Man, Brit, Haunt, Guarding the Globe, among others. Take that into account, along with the other writing credits he has at different publishers, and it’s hard to imagine how Kirkman gets any downtime.

But Kirkman isn’t Image’s only talent. Titles like Chew and Morning Glories balance out the action-packed super punches with a more grounded plot, while still retaining a sci-fi twist. Chew chronicles the adventures of F.D.A. agent Tony Chu after chicken has been outlawed in America following a plague-like bird flu. Tony is particularly useful to the task force because of a special ability, which allows him to vividly discover the origins of the food he’s currently eating. Morning Glories follows six students through a fascist-like version of Professor X’s academy for mutants.

Image comics, among other publishers, show that all American comic books don’t rely solely on characters that were introduced 60 years ago.