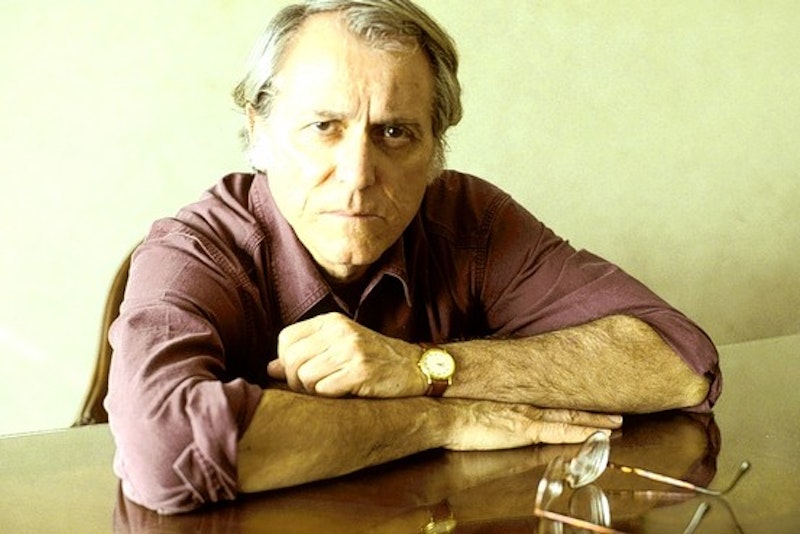 Maybe you've been following the news that Ralph Steinman—the pioneering immunology researcher, and one of three men selected for this year's Nobel Prize in medicine—will still be honored at the Dec. 10 awards ceremony, despite his death on Friday. This was, by all accounts, an unprecedented situation: for while William Vickrey, the 1996 winner in economics, died three days after the announcement, Steinman died three days before, and since 1974, the Nobel Foundation has refused to consider anyone who dies before the October announcements. But they were kind of stuck, weren't they? And so, an official press release was issued: "According to the statutes of the Nobel Foundation, work produced by a person since deceased shall not be given an award. However, the statutes specify that if a person has been awarded a prize and has died before receiving it, the prize may be presented... [T]he decision to award the Nobel Prize to Ralph Steinman was made in good faith, based on the assumption that the Nobel Laureate was alive."

Meanwhile, the literature award will be announced Thursday, and there's no end of speculation (and, yes, actual betting) on who will get the nod. The top three contenders, according to Ladbrokes: Adunis, Tomas Transtromer and Haruki Murakami. Philip Roth has been a critical favorite for years, so of course there're the usual tirades there.

And there're good reasons to think it could be Adunis or Transtromer. As D.G. Myers wrote in Commentary magazine:

The numbers are very much to the point, since the Nobel committee prefers not to allow too much time to elapse between awards to the same country, the same linguistic sphere... The obvious omission from the winners’ list in recent years has been poets. Since the inception of the literature prize in 1944, poets have been selected for 18 out of 69 prizes, more than a quarter of them or an average of one poet every three-and-two-thirds years. Yet no poet has won the Nobel Prize in literature since 1995 and 1996 when Wislawa Szymborska of Poland and Seamus Heaney of Ireland were “decorated” in consecutive years.
While Transtromer would uphold the tradition of undeserving Swedish writers (seven have won in the last hundred years), Adunis would be only the second Arab writer to win, after Naguib Mahfouz in '88. Then again, no Japanese writer has won since Kenzaburo Oe in '94, a year after the last American, Toni Morrison. But considering permanent secretary Horace Engdahl went off on American writers ("too isolated, too insular... That ignorance is restraining") back in 2008, we probably shouldn't expect too much. And I probably shouldn't bet my personal favorite, Don Dellilo, the long-reigning king of postmodernism (don't start with me, Pynchon fans), though considering Mario Vargas Llosa was 25/1 last year, and Herta Muller 50/1 the year before that, maybe Dellilo's not looking so bad after all.