Speak Softly and Carry a Warhead

Alan Wolfe's new book, Political Evil: What it is and How to Combat it, appeals to the wonky hindbrain. 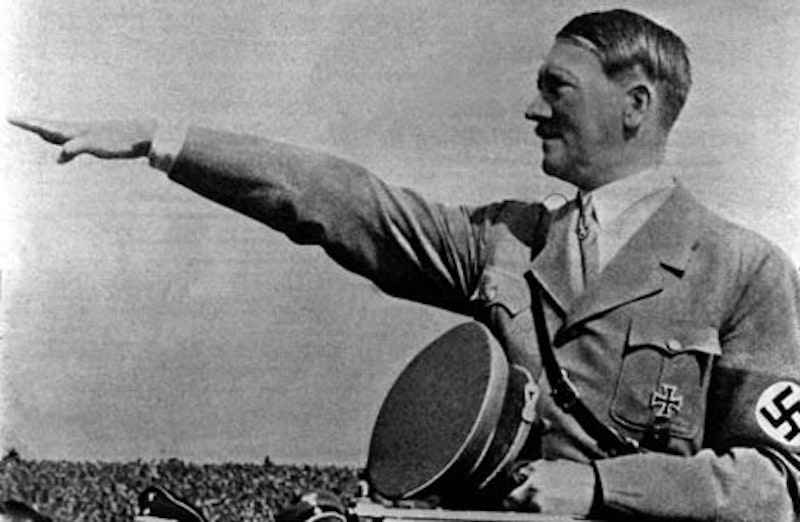 Evil is a force, possibly metaphysical, but certainly rhetorical. To identify evil is to change the world, first perceptually and then politically. We say "evil," and bombs fall on the Middle East; we refuse to say "evil" and machetes fall across Rwanda. Evil, then, is not just a serpent in our hearts; it's a statement of purpose.

If evil is, in part, a rhetoric, then it is important to name it correctly. This is why Alan Wolfe's new book, Political Evil: What It Is and How to Combat It, places the definition first in its subtitle. Wolfe's argument is that we have become confused about evil, and especially about its political character. As a result, we name political evil incorrectly, and so fail to control it. What we need, he argues, is a more careful language, and a more thoughtful understanding of political evil if we are to confront it effectively.

Wolfe's a long time wonk—an editor of The Nation and later of The New Republic—and his prescription is one that appeals powerfully to the wonky hindbrain. To contain evil, his argument suggests, we need, not faith or forgiveness or spiritual transformation, but better monographs.

Be that as it may, Wolfe's particular monograph is for the most part insightful and convincing. His main point, that political evil is so devastating because of its political character, seems inarguable. Hitler was so dangerous not because he was a hideous, hateful madman (of which there are certainly no shortage in the world) but because he was a politically talented hateful madman who was able to take advantage of a particularly volatile historical period. Wolfe's conclusion is that, to stop political evil, it's vital to pay attention not just to the evil, but to the politics as well. You must understand the difference between the nationalistic impetus that fueled ethnic cleansing between Serbs and Croats and the ethnic hatred that fueled genocidal carnage between Hutus and Tutsis. If you don't understand those differences, you will be unable to stop political evil, and will very likely make things worse. As, Wolfe argues, we managed to do in both Yugoslavia and Rwanda.

Wolfe, then, advocates complexity and careful distinctions. In that vein, he carefully lays out four kinds of political evil: "terrorism, ethnic cleansing, genocide, and a reliance on means such as torture to fight back against evil." These forms of political evil, he argues, are those that have "grabbed the greatest amount of our attention."

This does raise the question though—who exactly is this "our" whose attention has been grabbed? Nobody would deny (or certainly I wouldn't) that terrorism, ethnic cleansing, genocide, and torture are all examples of political evil. But it seems like you could come up with some other examples as well that have played an important part in history. What about, for example, imperialism? Apartheid, whether the American, South African, or (arguably) Israeli versions? What about war-mongering? Is it politically evil to build up a gigantic stockpile of weapons that could destroy the world 20 times over? For that matter, where does, say, China's state-sponsored repression fit in Wolfe's schema?

Wolfe does call China politically evil a number of times, and he doesn't say his list is meant to be exhaustive. But its focus is telling. The evil that has grabbed the greatest amount of "our" attention is evil perpetrated against the West (terrorism) or by those outside the West (genocide in Rwanda, ethnic cleansing in Yugoslavia) or by the West as a direct reaction to evil committed against us (torture, or Israel's actions against Gaza.) Wolfe even refers to the overreaction to terror by a specific name to separate it from the other acts of evil. He calls it counter-evil—which, no doubt unintentionally, sounds suspiciously like it might mean "good."

Wolfe unambiguously believes that counter-evil is itself a form of evil. But the way in which his neologism turns on him is telling, I think. For while Wolfe is willing to condemn the US and Israel, it's always for errors of judgment and understanding rather than for errors of the heart. There's one particularly revealing passage in which he declares:

"Israel's decision to clear out Arabs from areas of Palestine it was determined to incorporate within its new state ought to caution us against denouncing ethnic cleansing for the goals it seeks, since those goals are so widely shared."

In other words, we can't condemn the goals of ethnic cleansing because Israel engaged in ethnic cleansing, and while Israel's methods may be damnable, its goals never are. And furthermore, in regards to ethnic nationalism, if everyone does it, it must be okay— an argument dear to many a six-year-old, but not the more convincing for that.

At the end of the book, Wolfe turns, somewhat inevitably, to Niebuhr, advocating a principled, pragmatic opposition to evil tempered by humility.

"The appreciation of our inherent weakness, and its corresponding warning never to commit the sin of imagining oneself to possess all the power at God's disposal, are routinely ignored by those who argue that one should refuse all engagement with terrorists, or that radical Islam inherited its totalitarian nature from Nazi Germany […] Underlying all these flawed attempts to respond to political evil is the conviction that human beings can know with certainty which side is always the good one and which one the bad."

It is not a refutation of that point, but a confirmation of it, to suggest that Wolfe could as easily apply it to himself as to the others he cites. It is Wolfe, after all, who confidently lists the forms of political evil we should pay attention to, presenting them as naturally or clearly the most important, as if his Western pundit's perspective gives him a God's eye view of the world's sins. And it's Wolfe who invokes that tireless shibboleth of punditry, "moral seriousness," and drapes it, with beaming pride, across his call for greater humility.

Wolfe is determined that his book, despite its woeful litany of failed interventions and bungled international war crimes prosecutions, should not be used as an excuse for "throwing up our hands in hopeless resignation." Such resignation, he says, "allows evil to continue and gives the bloodthirsty what they crave." He advocates neither reckless interventionism nor isolationism, but rather a humble, thoughtful middle way. Maybe that will work. But I have a sinking feeling that political evil comes in more varieties than Wolfe is willing to admit, and that one of the ways it manifests on our shores is through the claim that we are modestly spreading peace by covering the earth with arms.