A Tribute to Peter Koper

The erudite journalist/filmmaker/teacher/raconteur has passed away at 75. 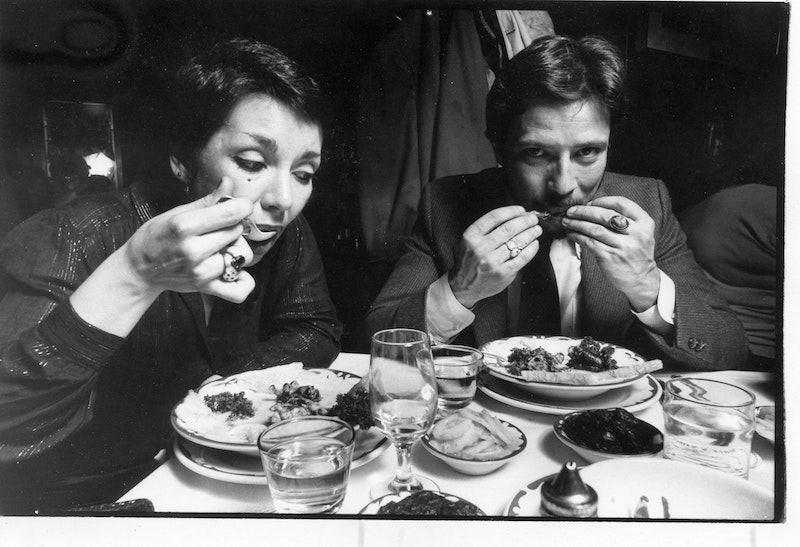 Michael Gentile called last week from Manhattan and from the tone of his voice I knew it wasn’t for one of our periodic chatterbox sessions, which always delight me. “Russ? Michael. Bad news, man. Peter Koper died.” The blood rushed to my head as he briefly outlined the bare-bones details. Sick from cancer for more than a year, he passed away at home on May 21. He was 75.

When you’re young, as Peter and I were upon meeting in 1979, a lifespan of 75 years seems pretty reasonable. It doesn’t anymore, even if, like Peter, you’ve packed away so many accomplishments, friendships, mischief, devil-may-care laughter and worldwide adventures (with his wife of 38 years, Gina) into that time. Peter didn’t get cheated: his life was “full,” but it was too short. I last saw him at John Waters’ Christmas party in 2019, and, as usual, he cracked me up as he pitched ideas for Splice Today. “Pitching” isn’t precise: since my son Nicky (who corresponded with Peter—always generous with advice—who took an interest in his filmmaking) and we never turned down one of his stories. Here’s one from the height of the pandemic in 2020 and from 2019.

I wasn’t in Peter’s “inner circle,” but we were friends for more than 40 years and spent a lot of time together, sometimes just shooting the shit, others on uproarious escapades, that I just shake my head at now, as people do when they reminisce about the often ill-advised derring-do of youth (speeding on West Baltimore’s Pennsylvania Ave., looped, at two a.m. to get some ribs from Leon’s Pigpen in 1980 isn’t something I’d do today, even if the terrific Leon’s still existed). I know Peter’s many associates are sadly, but with some black humor, sharing stories about him with each other. I can only offer my own impressions of a man I was lucky to know.

It was 43 years ago this month that Peter called at my City Paper office in Baltimore and said he had a hunch that I was related to a Johns Hopkins ’69 classmate and fellow contributor at the school’s semi-weekly The News-Letter, an artist he knew as “Snuffy Smith.” I said yes, that was my third-oldest brother Doug (when Doug died in 1999, Peter was typically gentlemanly, asking if there was anything he could help with). We arranged a meeting at the paper’s Charles Village office—the weekly was just two years old and, as a start-up, not in good shape financially. Fortunately, Peter wasn’t looking for a lot of money; he just wanted another outlet, one that he considered had potential. We agreed on a send-up of the awful monthly Baltimore, and two weeks later he gave me the copy, which was appropriately vicious. As it happened, before the story was printed I went on a short vacation, and the associate editor cut the story by half. Peter wasn’t pleased, and suggested we meet to discuss further—if any—projects. We spent four hours at the local Clark Street Garage, gabbing away, and he greatly enjoyed, with a trademark sparkle in his eye, teaching me about the art of boilermakers. At the end of the “meeting,” I was snockered but it was worth it, since at 23 I could use advice from a journalist eight years my senior. As we parted, he simply said, “You’re good people, Russ, we can work together.”

And we did for many years, with countless stories for CP, New York Press and in this century, Splice Today. Peter and actress/artist Sue Lowe are pictured above (photo by Jennifer Bishop) on a plush assignment in the early-80s to eat terrapin stew and terrapin soup at Mt. Vernon’s private Maryland Club. I can’t remember how they gained access to the snooty establishment—probably a connection from one our contributors with blueblood roots—and I know CP didn’t foot the tab, but it was a great story for the next week’s issue.

He’d stop by the office every other week or so—this was before he moved to a Prince St. loft in Lower Manhattan, where, in the parlance of the time, I “crashed” many times, no questions asked—and entertain the editorial staff. In 1982, sensing a drift in our gossip/cultural commentary column RUMP (the predecessor to my own MUGGER column in NYP), he said to Phyllis Orrick and me, “Let’s get dancing with RUMP, man, stir up some trouble in this town.” The next week, RUMP was transformed to a religious column (which didn’t last long), and Peter called, laughing hysterically, and said, “Well done.”

In 1980, Peter and I got together at the Cat’s Eye Pub in Fells Point on a Sunday afternoon, and he introduced me to John Waters, with whom, as a “Dreamlander” he was integrally involved in John’s early movies. Also there was the aforementioned Michael Gentile, and as I was leaving, Peter told me, “You ought to give this kid a job, he’s a real talent.” I did, and Michael went from a paste-up artist to Art Director at City Paper, and after working for Larry Flynt for a couple of years in Los Angeles, moved to Manhattan to take the reins of the art department at New York Press. The word “zelig” is overused today, but Peter did tend to show up and help at various juncture in my career. I’m sure many others had the same experience.

I vividly remember the party at his house in rural Hampstead—where a group of friends had an annual croquet tournament—after he and Gina got married. It was 1984: and I’ll leave it to your imagination about the shenanigans that occurred in a noon-midnight fest. (I’m not sure who won The Hampstead Cup that year, maybe me, maybe Vince Peranio or Joe Potts.) A few days earlier, John organized an outrageous bachelor party for Peter, and hired a bus to take a dozen of us to eight or nine of his favorite haunts in East Baltimore, half of which I’d never heard of. It was a blast, and if there was any trouble when we 12 males walked into a rough lesbian bar, John smoothed it over. I was a pretty cool customer, but a lot of this world was foreign to me, as was some of the slang (used liberally in John’s hilarious new novel Liarmouth), which I, depending on whom I was conversing, slipped into my own vocabulary.

If Peter and Gina were in town, they were regulars at New York Press’ annual “Best of Manhattan” party at the Puck Building every September. In 1984, I invited him to a long lunch City Paper was hosting at E. Houston St.’s Ballato for 20 or so friends from weekly newspapers around the country who were in the city for a convention. Peter was talking a mile a minute—in a volley of lingo that was peculiar to the out-of-towners—and a close friend of Alan Hirsch (co-owner of CP) and mine from Arizona, said to me, “Jesus Christ, the characters never stop with your crew.”