I Had Too Much to Dream Last Night

An FBI agent informs me that there’s a bounty on my head. 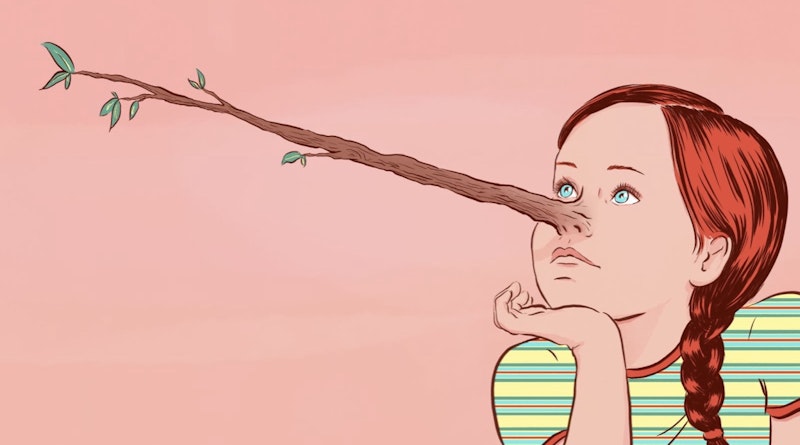 There’re usually more than a few ways to say something vaguely coherent. Like a hard-boiled detective declares, "Just the facts Ma’am." The hard currency of facts. Hand on the Bible, swear to tell the whole truth type facts. The truth will bear out there is no god. If there is, she’s really pissed off. At the very least there’s an unseen all-knowing power somewhere other than here. Swearing to tell the truth is a bold-faced lie. Unable to accept reality for what it truly is... really isn't. It was never what it's all cracked up to be. There’ll be a silence so perfect that it's deafening. Trip yourself up with sad stories telling it true to the word. Truth more rare than a bloody hunk of red flesh. The embodiment of living ghosts.

Why do dogs and cats chase their own tails? Rippling echoes effect their waking dreams. Sleepwalking through life casting shadows. They chase their tails because they can in blissful ignorance. Chase our shadows down while we still can. Forgetting about the mad dash to the finish line. You can't fool a fool. Some choose stupidity over idiocy. There was a time when they built skyscrapers in a race for taller and taller buildings. Until having the tallest skyscraper was some sort of crowning glory achievement to feeling important and powerful. Someone to be feared and bowed down to. Demanding respect and loyalty under the thumb of tyranny.

The premature burial in prime real estate. The grass was never greener and there's no hook up on either side of the imaginary fence that divides all. Ghosted by reality. It was a sordid affair... urban crime... violence... poverty… living on the streets. What did you expect? Everything’s closed. Imposed by chaos. Nurtured by anarchy. Buried alive inside the pedestal of democracy. Lady Liberty, the French prostitute who became a NYC hooker. The streets were unkind. From a high-class call girl schooled in the way of life on the edge. To the righteous pilgrims in the Dream of American narcolepsy. Somnambulant zombies roam where they want to. Return of the living dead. 1620 at Plymouth Rock… 400 years of slavery and genocide. America’s one tough town built upon quicksand. A cheap knock-off of freedom. All the phony pretense. The litany of lies in an exquisite derangement. A country made up of lies and murder can’t stand. If nothing else, we’re proficient at extermination.

Recent events lead to the belief that the world as we know it is over. The disease is down with the sickness. Contaminated and rotten from the inside out. Mass confusion on a worldwide scale. The fascists are out in the open now. Brazen Nazi’s strutting their stuff at the Republican convention as thousands protest during the spectacular fireworks display. They needed more flags behind the podium and a giant burning gold cross to offset the banners with a silver neon swastika blinking in syncopated rhythms to the unauthorized use of Leonard Cohen’s “Hallelujah.” Why the thousands of protesters didn’t storm the White House and pull a Mussolini is beyond me.

Martin Luther King had a dream 57 years ago that evolved into our national nightmare. Nothing’s changed for the better. We’re worse off today. The past is littered with the mutilated corpses. Hatred is alive and well. There’s no longer any need to disguise what we always were. Murderers feeding the two-headed hydra of power and greed. This is the final solution of our last stand. It can go either way and neither one turns out well. The lesser evil hides the truth too. Get your affairs in order.

I had a dream recently that I was at an outdoor music festival in a park. There were bands playing and food trucks and the usual carnival-like atmosphere of a rock ‘n’ roll circus. Like Burning Man meets Woodstock. In this dream I was scheduled to read my poetry between bands. I was waiting backstage at a picnic table for my cue, when suddenly out of nowhere Special Ops Swat teams surround me. There are men in black and helicopters and tanks. An FBI agent gets in my face to inform me they have credible information that there‘s a bounty on my head. I’m on a very long hit list of people who speak out against the president. Furthermore, I’m a target to be taken out during my gig reading. A swat team soldier clips a tracking device on my shirt collar. The agent tells me it’s in case I get kidnapped. I start laughing convulsively and just as quickly as they appeared they vanish. I hear my name called on the loud speakers. Next thing I know I see red laser dots from sniper rifles all over my body. I wake up screaming…  just another nobody in a nothing world.