Day-to-Day Healthcare in a Pandemic

Have you been fortunate enough to experience the three-foot swab in a nostril? 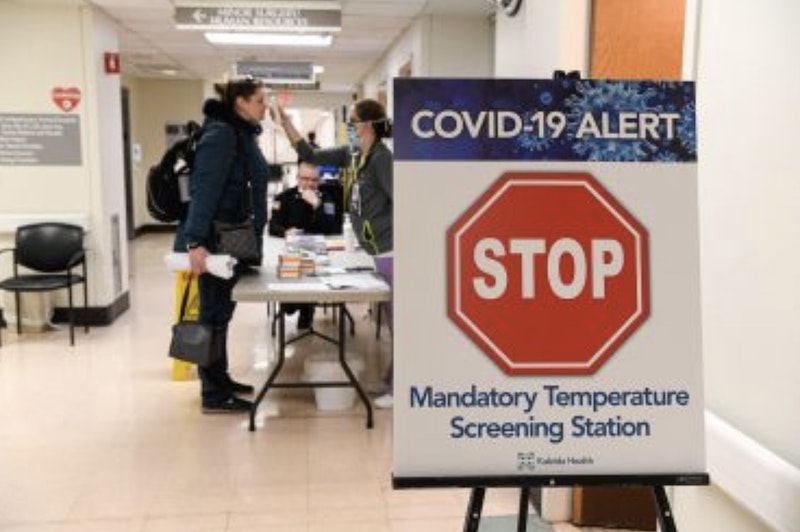 Western New York’s medical community is celebrating, and is likely to remain solvent for the foreseeable future.

Since my return to Buffalo after wintering in Florida, I’ve had to pay some slight attention to my health. Beginning in early July, I’ve been to the urologist (prostate cancer follow-up), the general practitioner (via Zoom), the dentist, (regular follow-up) the gastroenterologist, (Barrett’s Esophagus) the orthopedist (a disintegrating right knee) and the eye doctor is scheduled for September.

Today, I’m following a liquid diet, since I’m scheduled for a colonoscopy tomorrow. My wife is kind enough to gently remain on my back to get and keep all the necessary appointments. Each of the aforementioned dealings come with their own testing or prep work on the patient’s part. The knee doc required eight online forms to be completed; I’ve recorded history of my family’s health that was heretofore buried with the Dead Sea Scrolls.

Before I’m allowed in the surgical center for the colon-blow, I had to prove I’m not COVID positive. Have you been fortunate enough to experience the three-foot swab in a nostril? That’s a treat. The young lady said she’d “swish the swab a time or two.” This happened last Friday morning. I’m only now getting some feeling back in the right side of my face, and I swear the swab had brain tissue on it. My multiplication tables are spotty. I was told I’d only be contacted if the test came back positive. It’s been very quiet since the swab attack.

I know I’m not alone in healthcare horror stories. None of this is special. And I’m very well taken care of by some smart professionals. Additionally, being in the Empire State just feels better, for the time being. We’ve tried snowbirding for the last two winters, and rented in Clearwater from January through June this year. As the virus spread and Florida became a hotspot, we saw virtually no masks. Some counter service employees and workers in established chains wore masks, but the general public didn’t seem to think they were of any value, or at least necessary. We thought it best to get out of town.

In Georgia we made a stop and attended a sporting event, where our temperatures were taken on entry, masks were offered, but not mandatory, and I’d say half of the people attending were masked. This event preceded the point when Georgia was named as a pandemic hot spot. As we continued further north it became apparent that more locations were displaying signs that masks were a condition of entry. Our drive coincided with more re-openings, but with more mandatory masking, as well.

Our first full day in New York in six months was enlightening. We shopped for food and Internet/TV equipment. Every person we encountered that day was masked. We felt, and still do, safer in New York. I can’t speak for how things are in Florida now.

The medical appointments have followed suit. I’ve had my temperature taken at each appointment, often several times, moving from room to room. I’d much rather be over-investigated than treated carelessly. It surely isn’t news to suggest we’re probably going to be experiencing this “new world” for many months to come. We read of multiple efforts to provide vaccines, but have yet to address the significant challenges around the supply chain, including the need for refrigeration of vaccine material itself. Maybe it’s time to invest some money in medical supply transport companies.