Captain Hi-Score and His BIPOC Friend

Following his near-fatal car crash, Danny Cater gets a visit from two of his heroes. 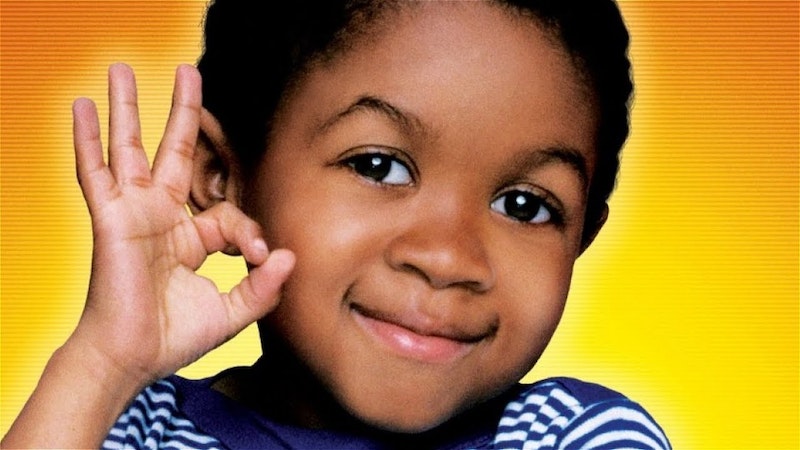 [TIME MAN, as played by a young Andy Garcia, enters a chaotic office space scene with NANOSECOND, his diminutive sidekick, as played by Emmanuel Lewis of TV’s Webster. Flames rage throughout the area, smoke rising from the burning furniture and electronics. The ceiling sprinklers are engaged but don’t seem to be doing much good. Several OFFICE WORKERS stagger about, coughing, covering their mouths as best they can with torn pieces of clothing and the like, while others are pinned beneath shelves, ruined pieces of the collapsed ceiling/roof, etc. NANOSECOND looks particularly alarmed.]

NANOSECOND: He did it, Time Man! Father Dynamite set off his bombs!

(Looking up at Time Man, wounded.)And even after the ransom was paid!

[TIME MAN pounds his fist on the nearby wall.]

TIME MAN: Fools! We told them not to give into the demands of that madman!

[NANOSECOND makes a futile effort to lift a fallen filing cabinet from atop a WOUNDED WOMAN.]

[She dies. TIME MAN and NANOSECOND both bellow toward the heavens in utter despair.

Then, FATHER DYNAMITE, the Catholic priest who has harnessed the power of TNT, as played by Colm Meaney, dangles from a rope ladder attached to a helicopter that passes overhead, visible through the destroyed ceiling and roof of the building. FATHER DYNAMITE laughs triumphantly.]

TIME MAN: No! No, Nano, old friend… we’ve got all the time in the world!

[With that, TIME MAN snaps his fingers. Realizing the significance of this gesture, NANOSECOND smiles and FATHER DYNAMITE looks panicked in the brief interval between the finger snap and the rewinding, reverse movement, slow at first but then increasingly rapid, of all that has happened thus far, until it’s moving so fast as to be a blur. Eventually, TIME MAN and NANOSECOND are standing in the same office area at nighttime, when it is both empty and very much un-exploded. TIME MAN turns to NANOSECOND.]

TIME MAN: And now, old friend, let’s disarm these b…

“Ugh, I can’t watch this,” Danny Cater grumbled in his nasal whine.

“What’s wrong, Danny Dear?” Mrs. Cater, a picture of the idealized mother figure, asked as she rose from the cramped hospital chair that she’d moved into position beside her sweetest good boy’s bed. “I thought Time Man was your favorite.”

Danny sighed exasperatedly, then winced on account of his fractured ribs. After a moment, he recovered his annoyed impatience and glared at his mother, pulling away as best he could from her attempt at caressing his large, strangely shaped head. “Time Man is my favorite, Mother.” He said “Mother” in that emphasized, heavy way that conveys contempt by itself. “But you brought Time Man Saves the Day. I wanted any other Time Man than this paternalistic,” he was sputtering as his mind and mouth alike struggled to communicate his displeasure, “racist, sexist, colonialist crap! It completely misrepresents what Time Man is. It’s unwatchable. Take it away!”

Though she understood little of what her son had said as it related to the superhero movie she remembered Danny long having celebrated—he’d even had his picture taken with the film’s writer-director and regaled the whole family, one Thanksgiving, with the dramatic tale of his winning an eBay auction for a cast-autographed Time Man Saves the Day promotional poster—Mrs. Cater aimed to please her precious son and so moved as quickly as she could after a restive night’s sleep in a stiff chair at his bedside to the TV and ejected the VHS from the VCR she’d lugged from home and jerry-rigged to work with the hospital room’s flatscreen LCD set. She held the cassette awkwardly, uncertain of what to do with it.

“Get rid of it, Mother,” Cater ordered.

Reluctantly, Mrs. Cater tossed the tape into the nearby plastic waste bin, producing a clatter at which Danny’s dark-circled, deep-set beady eyes widened and his waxy, pasty-white face became apoplectic.

“What’d you do that for?” he barked in a mixture of disbelief and disapproval.”

“I meant put it back in its case and protective Mylar sleeve, obviously—not throw it away! That tape is worth more than your life, woman!” Danny shrieked, offended at how ignorant his mother was of important cultural matters. As she fished the cassette out of the trash, he strained to see if it had been damaged. “Bring it to me,” he commanded wearily.

Mrs. Cater moved briskly to the head of the bed and placed the VHS into Danny’s tiny, reddened hands. He blew on it a bit, attempted to wipe a smudge from its shell with a licked thumb.

“It seems to be okay, thank goodness,” he droned. “Get me the case.”

She did so and, as if performing the most delicate of surgeries on the most important of patients, Danny inserted the cassette and then secured it further in its Mylar sleeve. He then placed it on the bedside table, swallowed, sighed and shut his eyes. His mother lingered for a moment, wanting to please him to make up for her grave mistake, but unsure if she ever could. She sat in the chair and fretted silently instead.

Soon there came a light knock at the door. Mrs. Cater sprang to her feet with surprising agility and quickness for a woman in her late-60s and all but leapt over to the door.

Standing there were a thin, nerdy looking man with a prominent Adam’s apple and a head of reddish hair that was a solid VA on the Norwood Scale, and beside him an attractive if also fairly nerdy light-skinned black woman with undercut braids and glasses. Both smiled even as she eyed them with mild suspicion.

“My son is resting,” Mrs. Cater said in a whispered tone that told this was more important than whatever these interlopers could possibly want. “Who are you?”

“Are you Mrs. Cater, then?” the man asked in a thick Aussie accent.

“Yes,” she responded, as much a question as an answer.

He smiled, as did his companion. “I’m Captain Hi-Score and this is my BIPOC friend Samanda James.”

Samanda looked as though she might speak but Hi-Score continued on, “We’re here because we would very much like to speak to your son about his accident, if we may.”

“Why?” Mrs. Cater asked, her eyes moving back and forth between the two. They were smiling and looked harmless enough but she had to be vigilant when it came to her baby’s safety.

“Mother, who is it?” Danny, sounding, as he often did, rather annoyed, inquired.

“A young man and woman want to talk to you about your accident,” she said, having turned toward Danny. “Captain,” she returned her attention to the visitors. “I’m sorry, what was it?”

“Danny, it’s Captain Hi-Score, and my BIPOC friend Samanda James is with me,” Hi-Score called out, craning his long, thin neck to try to make himself visible over Mrs. Cater.

Danny’s corpse-like face lit up, his eyes wide. “Captain Hi-Score? Send him in!”

Hi-Score and Samanda (BIPOC) both looked satisfied. Hi-Score smiled at Mrs. Cater as she stepped aside to allow the pair to enter. They walked in, doing that odd thing people do upon entering the dwelling or room of a person who’s sick or injured of appearing to make themselves smaller somehow, hunching slightly and bringing their limbs in closer to their bodies.

Danny was now sitting upright, something he hadn’t done voluntarily since his admission to the hospital and did only sparingly even under normal circumstances. He was excited, all right, but Mrs. Cater was concerned. “Don’t strain yourself, dear,” she said gently.

“Stop embarrassing me, Mother,” he hissed as softly as he could through his clenched little dolphin teeth. He turned to his guests and smiled. “Wow, Captain Hi-Score! And W.O.C. Samanda James! I’ve watched all your video essays, Captain!” He looked mildly troubled, touched one of his teeny-tiny, itsy-bitsy gross little fingers to his weak chin, dimpling it. “Should I call you ‘Captain?’ ‘Cap?’ I’m just… I’m very nervous, you’re a real hero to me! And Samanda James, you’re a hero to us all.”

They smiled. Captain Hi-Score took the lead, naturally. “Call me whatever makes you the most comfortable, Danny. And thank you for seeing us.”

“Thank me? Before you guys—oh, sorry—before y’all got here I was dying of boredom, watching old Time Man movies and such,” he drawled.

“Time Man, yeah, one of my favorites. Time Man to the Rescue is…” Hi-Score found himself cut off.

“… one of the most potent examinations of the myth of meritocracy in postwar paternalist America, with the clever role reversal of, um, Andy Garcia being cast as, um…” Danny trailed off as he fidgeted with a ragged, damp paper towel.

“…the gender-neutral embodiment of Time, after having played Time Man in…” again the now-grinning Hi-Score was interrupted.

“…the execrable Time Man Saves the Day!” Danny, practically manic in his exuberance, exclaimed, his mother starting to reach out to try to calm him but refraining, ultimately.

Hi-Score and Samanda exchanged pleased looks with one another before turning back toward Danny, who was quivering with something like pure, unfiltered glee. “You really do know your stuff there, mate,” Hi-Score said approvingly.

“That’s great to hear, Danny mate, really great to hear. We can’t make the change we want to… need to see happen without letting go of the past,” Hi-Score said, delivering what was one of his most-used canned slogans fairly convincingly.

There was a pause during which all involved were sort of smiling, looking about, clearing their throats, etc.