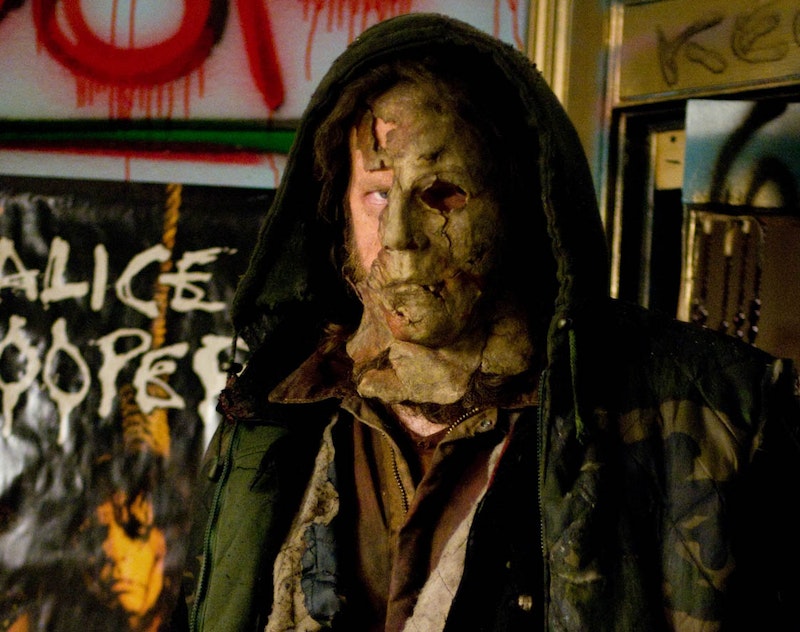 As you may have heard, a man by the name of Eric Holler recently tried to sell Casey Anthony’s personal clothing at $300 a pop. The craziest part? People were clamoring to buy them. In a moment of clarity, Holler pulled down the articles of clothing and came out with a statement. He said he didn’t want to seem as if he were endorsing the murder of Caylee Anthony, and apologized for any emotional turmoil he may have brought the community. What Holler didn’t stop doing is selling other murderabilia on the website serialkillersink.net. A site where mementos of other past lunatics, such as Ted Bundy, can be purchased at the right price. Upon reading this, the question that ran through my mind was:

Who are these people buying this murderabilia, and why the fuck do they want it?

The first horror film that deeply upturned my psyche was Scream. There was something about a group of teens. I wasn’t a teen, yet, but figured that I soon would be and that it was important to be prepared. Even if it were a knife-wielding psychopath. It was the scene in which Ghost Face stabs Drew Barrymore to death as her parents stand less than 10 feet away. Um, hello. My parents left me home all the time! I couldn’t sleep for a week and refused to be left alone.

As I entered angry puberty, my obsession with horror films grew. My tastes ranging from Poltergeist to The Last House On The Left. My favorites, however, were the slasher films. I would coerce my friends into watching slashers like House Of Wax and Rob Zombie’s Halloween remake with promises of snacks and a single beer I’d sneak from my father. I’d ask myself as the films played, “Would I make it out alive? Would I be strong enough or fast enough or virginal enough to live?” I liked to convince myself I would. To me, it was empowering.

I found myself in the heroines of these movies, oddly enough. Maybe part of it stemmed from feeling so helpless at that point in my life. I felt trapped in my sense of self, not yet being an out gay; helpless in my educational environment. In a way, I felt a kinship with the people I saw being victimized on screen.

I can’t really say what causes people to feel as though they relate to murderers, or why they’re revered as superstars by cult followings. Maybe it’s the difference between wanting to feel powerful, and feeling powerless. Eventually I outgrew my love of horror films, as I grew more comfortable with myself. Now it’s difficult for me to see someone’s throat get slashed on screen without shuddering.

I’m not throwing out a grandiose claim that those who enjoy horror films are deeply disturbed; I’m just curious about why we’re so drawn to portrayals of terrible violence. Do we find solace in feeling that although we perceive our lives as miserable, at least Leatherface is not sticking us onto a meat hook?

I’m fascinated by those who collect murderabilia because it seems like an elevation of the horror film phenomenon. Those who buy it not only want to see the horror, they want to feel it in their hands. They want to be reminded that the pain they’ve seen can jump off the scream and become palpable.

I have no interest in owning something that Charles Manson once held. I’d only be able to think of the innocent people he slaughtered. Of their screams and pleas and the haunting grief their families would’ve felt. Yet, there are people out there who will be able to look past those things. I’m not sure what that says about our society, but Drew Barrymore as my witness I know it means something.