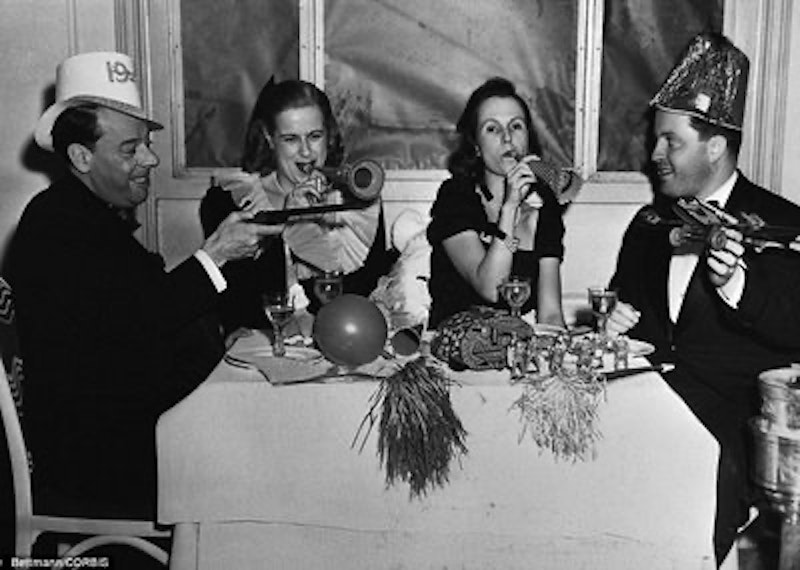 The longest night of the year ended on the Winter Solstice. Behold, a new day dawning across the land, as we get ready to ring out 2017 and ring in the new one chock full with hopes, promises, and resolutions. Let’s consider the vague and universally familiar song “Auld Lang Syne,” based on a poem written in 1788 by the Scottish poet, Robert Burns. It was quickly put to the melody of an old folk song and slowly became the standard played as a tradition that says goodbye to the old year at the stroke of midnight. I have blurry memories of past New Year’s parties where the tune played to a room full of drunken revelers trying to remember the words and many, myself among them, swaying, mumbling, slurring, and humming to the music. It’s also customary to kiss and hug the nearest drunk you see and toast to a wish of happy, new days ahead.

The song’s also found a place at funerals, wakes, graduations, and as a farewell to the end of all special occasions. The Boy Scouts sing it yearly to round out the close of their mammoth Jamboree. Singing the anthem on Hogmanay, aka Scottish New Year’s Eve, was a custom that quickly spread across the British Isles to the world at large. The original lyrics were transcribed by Robert Burns as told to him by an old man thus preserving and embellishing an oral tradition. The title translates to "old long since" with variations of, "long, long, ago," "days gone by," or "for the sake of olden times." So the phrase of “Auld Lang Syne” is equivalent to, "Once upon a time.”

Counting or marking time began with keeping calendars and the invention of clocks, the mechanical spin-off of the ancient sundial. The habit of checking off the days on the calendar to reckon past or future times. To keep track of the changing seasons or to commemorate birthdays, special holidays or religious observances and mark the passage of time by counting days, months and finally years.

Tally marks began as notches made on bones to keep account of debts payed or owed. Maybe carving notches on your gun handle to remind you of how many you’ve killed. Fingering prayer beads to keep track of your devotion. Counting to 10 to play hide and seek games or counting backwards from 10 to countdown a rocket launch or the start of a race. Counting backwards from 100 when getting anesthesia to go under before surgery. Counting sheep to go to sleep began with sheepherders counting their flock in groups of 10 and tying a knot in a length of rope for every 10 sheep. Whacking them with the rope if they got out of line, hence the name Tally whacker that later became slang derogative for "penis."

Whether time moves in a straight line or a circle, a mark or a notch, it’s measured in different ways to represent the past, present and future of our times as an abstract concept to make sense of us being here now in this moment in space. Singing songs to commemorate festive or somber events is how we celebrate or mourn. Songs like “Happy Birthday” tell us of the passing years and the number of candles on your birthday cake reinforces that timely reminder. Irritating tunes like “Amazing Grace” grate on my nerves as does the modern hymn “Hallelujah,” signifying the end of life.

New Year’s celebrations really remind us of those we love who are no longer with us. Only the living miss the dead. Only the living can see the dying and the dead don’t need to see or hear nothing. There are too many people that I miss every day and I celebrate and honor their memory during this season. I know there are a lot of folks who are more than happy to see this past year disappear. Many I know who had the worst year ever or made their lives miserable by allowing politicians to dictate and rule their daily existence. It’s sad for those who believe they have control over events out of their control. Much is left to chance and up for grabs by unfeeling strangers who rule over our self-interest and general well being. How we get through the years unscathed, much less a single day, sharp and hard like bare feet on jagged rocks. Soft and sweet like wearing furry fuzzy syrupy slippers. We’re just passing through here now, headed toward that giant neon question mark and a final gasp.

Let’s not ponder or fret, nor dwell on the past. Let’s celebrate this New Year, give thanks that we can still breathe and walk and run if we are lucky, dance and sing if we feel like it. Have a fucking happy new year. All you mooks and naysayers. You forlorn unhappy ones, remember those who can no longer remember. To you and yours, and mine and them guys over there. Let’s pursue happiness.