How to Pack Up Smoking

Make friends with your unconscious. 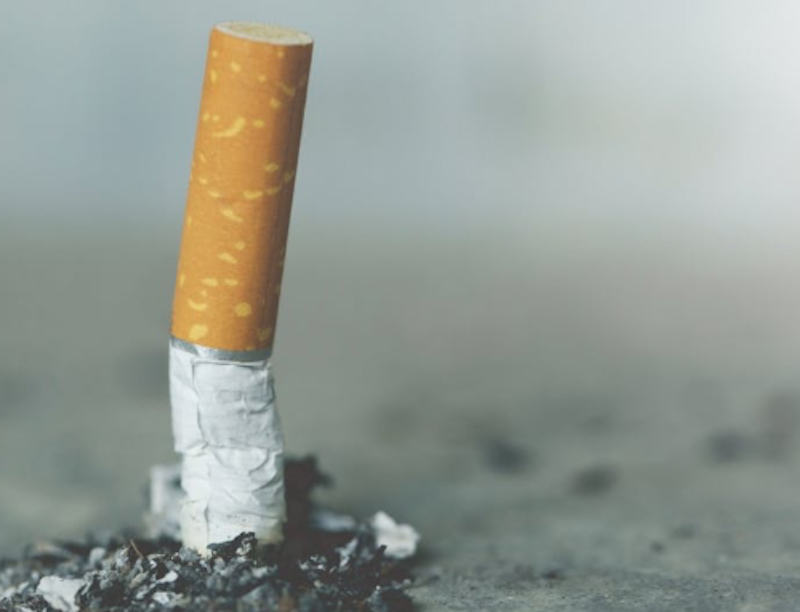 A friend of mine made an announcement on Facebook recently. She intended to pack up smoking and asked for advice. I thought about it for a while, and then realized there was far too much to fit into a Facebook post. So this is my answer now. I smoked for 35 years. I packed up on Thursday, March 24th, 2005, at 2.30 a.m. That’s nearly 16 years ago. It was one of the best things I ever did. I used the Allen Carr method, reading his book The Easy Way to Stop Smoking.

I recommend it. Allen Carr was a 60-a-day chain smoker until he had hypnosis. After that he never smoked again. I’d also recommend hypnosis. What both methods show you are that smoking is much more of a psychological addiction than a physical one. There are physical symptoms when you give up, but 99.9 percent of these originate in the mind. Once you see that the smoking addiction is a trick of the mind, that last 0.1 percent is easy to cope with.

That’s why Allen Carr called his method “Easyway,” but it’s not really as easy as all that. It’s only easy once you realize where the addiction comes from. Getting to this realization is a struggle and takes a long time. In fact, if I were to write a Facebook post to my friend telling her how to pack up, I’d say: “Don’t!”

“Don’t,” that is, until you’re prepared. The urge to smoke is buried deep in the unconscious. It lies in wait for you with every cup of coffee, every sit down, every break, every tipple, every phone call, at the end of every meal: with every association you have built up over a lifetime of smoking. It’s like a great yawning hole inside of you, an emptiness that can never be filled, occupying most of your body and reaching almost to the cellular level.

Spend time with smokers and you’ll see. They’re barely conscious most of the time. They reach for the cigarettes unconsciously. They light up unconsciously. There’s a brief gleam of satisfaction in the eye, after which they go unconscious again. They’ll be holding that cigarette and putting it to their lips, sucking in that smoke with hardly any awareness of what they’re doing.

The Allen Carr method involves making smoking conscious. That’s why it is best not to give up immediately. Keep smoking, but be conscious of what you’re doing. Don’t do anything else. Don’t do it as an accompaniment to any other activity. Don’t phone, watch TV or drink coffee. Just smoke. Take those gray fumes into your lungs. Feel them. Breathe them in and blow them out. Contemplate the cigarette between puffs. Look at it. Talk to it. Ask it questions. It’s your own unconscious that will answer.

So that’s what you do. You smoke. You interrogate every cigarette. You read Carr’s book if you like. You deconstruct the process. And once you’ve brought the smoking bug fully into the conscious realm, that’s when you can give up.

The final act is to take a last cigarette and say goodbye to it. That’s why I’m so precise about the time. I lit my final cigarette around 25 past two. I looked at it, spoke to it, breathed it, lived it, took it all in: the smell, the taste, the crackle of the paper, the hiss of the leaf, the red glow of the flame, the black and gray of the ash, observing every aspect of it, till it was all gone; after which I stubbed it out with a flourish at 2:30 precisely, knowing with absolute certainty that this was my very last cigarette.

That sounds easy, but it took around two months. And while the final cigarette was memorable, it was the one before that which was the most significant. That was the cigarette that spoke most clearly from my unconscious mind. There had been several relapses. I’d had my first go on February the 9th, had another go on February 21st, then another in early March and had failed yet again. I’d been back on the nicotine for few days.

It was the afternoon of the 23rd. By now I was proficient at staying aware while I smoked. So I lit this particular cigarette, breathing it in, talking to it, as was my habit, remonstrating with it and with my addiction, drawing the smoke into my lungs. That’s when it spoke to me. As the smoke went in, as I was noting the satisfaction, I felt something else too, something buried even deeper. Hidden away under the sensation of smoke hitting my lungs, the desire for the next cigarette was already there. Even as I smoked this cigarette, the craving for the next one was in my mind. I suddenly knew that there would be no end to this. The feeling of satisfaction was false; it was merely the precursor of the next cigarette.

The following day I was in the checkout queue at the supermarket. I could feel the addiction inside of me. It was this little tingling in my solar plexus. That was it. That was the full extent of the withdrawal symptoms, once the psychological craving was dealt with: a little tickle in my belly. I laughed quietly at the absurdity. I imagined a conversation with the checkout girl: “I’m withdrawing from nicotine and it’s really funny,” I thought, and laughed again.

Later I was in a newsagents. A teenaged girl came in and bought some cigarettes. I said, “You’ll be addicted to them for the rest of your life you know!” She looked at me as if I was an idiot.

It was all over for me.

So this is what I want to say to my friend: don’t give up giving up. If you’ve not had a cigarette, stay off them. If you’ve relapsed, stay strong. It’s a struggle. It will take a while. Get the Allen Carr book if you want. It helps. He’s a terrible writer, but every word he says is true. You need to clear away the psychological addiction. After that, once you see what a false friend it really is, once you’ve chased it down to its haunts in the labyrinth of the unconscious, once the conscious mind and the unconscious are in accord, it’s easy, even pleasurable.

And then, maybe two months after you’ve had your last cigarette, you’ll be out in the fresh air one day. You’ll be drinking in that pure, clean, cool air like water, and it will be like the world has suddenly come alive. Not just you, the whole world. And you’ll know that you’ve been under a terrible gray cloud since you first started smoking, that the cloud has blown away at last, and that you are stepping into the sunlight, never to return again.