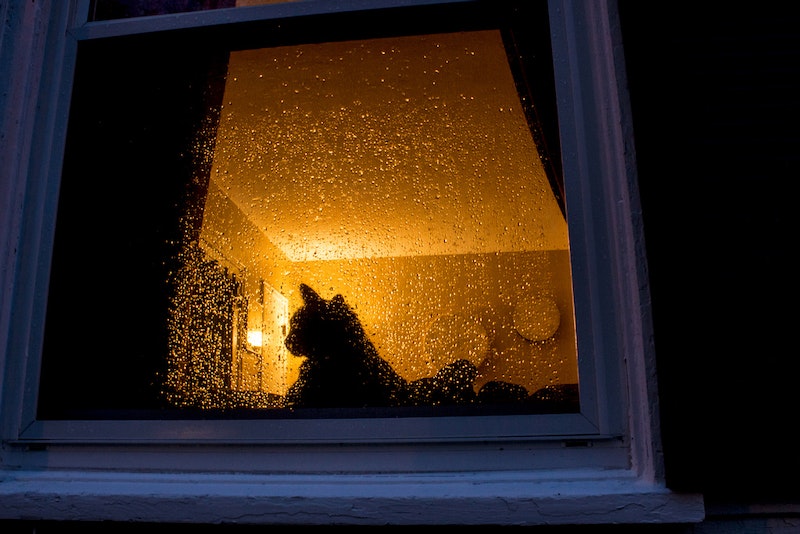 I’d been out of town for a month when my girlfriend told me she’d adopted a stray kitten who’d shown up at her door, refusing to leave. I wasn’t excited. I’d lived most of my life with one cat or another, and the sum total of my experiences had left me with a distinct sense of indifference. About the same, I think, as they feel about me.

I dislike labels, but it’s safe to say I’m a dog person. I don’t love all dogs, but for every dog whose company I don’t enjoy, I can almost always find an owner whose caretaking, or lack thereof, is to blame. Not so with cats. They are far too much their own entities for my comfort. They don’t particularly care what I do or do not want them to do, and they don’t want to please me, or any other human, nearly enough. So, when my girlfriend (now wife) said that she, and by implication we, were now the owners of a cat, I was expecting another round of the apathetic space-sharing I’d come to associate with “having” a cat.

I was wrong. Oliver, the skinny, big-tailed kitten who’d one day grow into a big, normal-tailed tabby cat, is kind of awesome. I won’t bore you with stories about how he taught me to help him hunt doves (the stupidest of all birds, I’m convinced), or how he became best friends with a rabbit, copying its habits and sometimes sleeping next to its burrow, or even how he learned to sing along with my now-wife, adding mostly on-beat meows to counterpoint her a cappella renditions of “You Are My Sunshine” and “Can’t Take My Eyes Off of You.” I won’t go into detail because you don’t care. I’ve been told too many of those stories at parties, before meetings, and during cigarette breaks to believe anything else.

But to repeat: Oliver is awesome. And while I wouldn’t go so far as to say he’s converted me from a dog person to a cat person, as I plan on getting a dog again soon, Oliver’s made me rethink my apathy towards cats. Some cats, at least. Over the past three years, I’ve learned to think of Oliver as more dog than cat. A tiny, lazy, selfish, independent dog who doesn’t listen and only sometimes wants to play fetch, but for a cat, that’s saying something.

If he can do all this, getting me to (sort of) change my mind about something I feel strongly about, then maybe there’s hope for my species after all.