And Off Came Those Awful Toe Rings

Memories of shrugging off affectations are lit dimly. 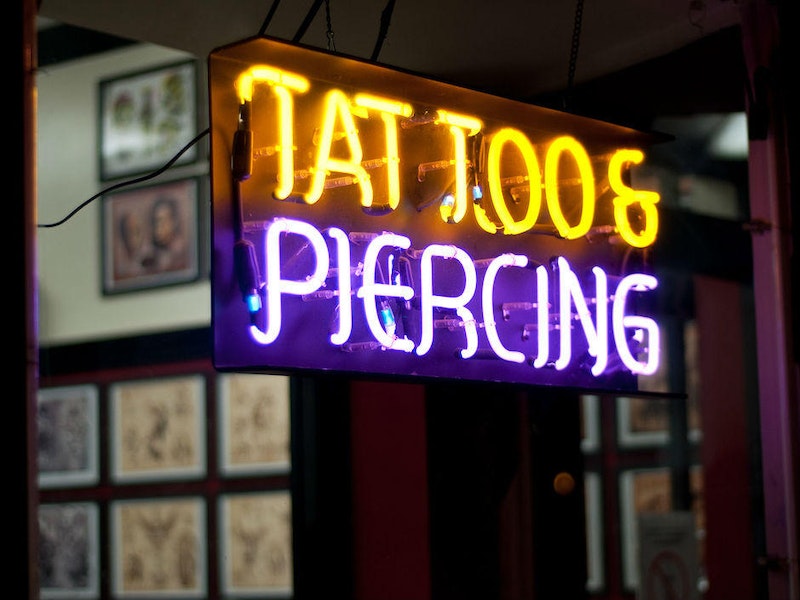 The two indentations in the left ear lobe were acquired during successive summer trips to Ocean City. In retrospect, my intent was clear enough: something about independence, emancipation, making a bold bodily choice after seven years of parochial education. There was the sharp hiss of numbing spray, a dull, vaguely painful thwock, advice to treat with alcohol pads—then I was on my way, feeling badass.

Likewise the night, a few years later, when Tracey Renfro bleached my hair and I worked green Manic Panic in, and that first time I uncorked a bottle of nail polish and blacked out all 10 cuticles. These were transformative moments I’d earned, in some sense, ways of outwardly displaying the fierce, innate otherness I’d always felt inside.

Those moments where I recognized, ruefully, that these were poses or phases lack an equally rosy glow or any degree of cinematic drama. If only, right? If only there had been some heightened, rubric-crossing decision at stake: the dream girl, the ultimate internship, the perfect job, adult condemnation, or some other circumstance that demanded self-reinvention. We like to imagine that our lives are epic or special, that the continuum of existence can be equated to personalized, interactive versions of Rolling Stone “with us/against us” charts.

But in the end, a banal pragmatism forced me to shrug off the affectations that temporarily defined me. The piercings? Those kept getting infected. The broccoli hair? When lice struck, personal comfort trumped anti-fashion. The fingernails? Peeling was constant since I was too cheap to buy decent nail polish; my dorm room reeked of nail polish remover. In the end, these poses weren’t worth it. I was growing up, and the number of things I had to worry about was expanding so rapidly that some things had to give.