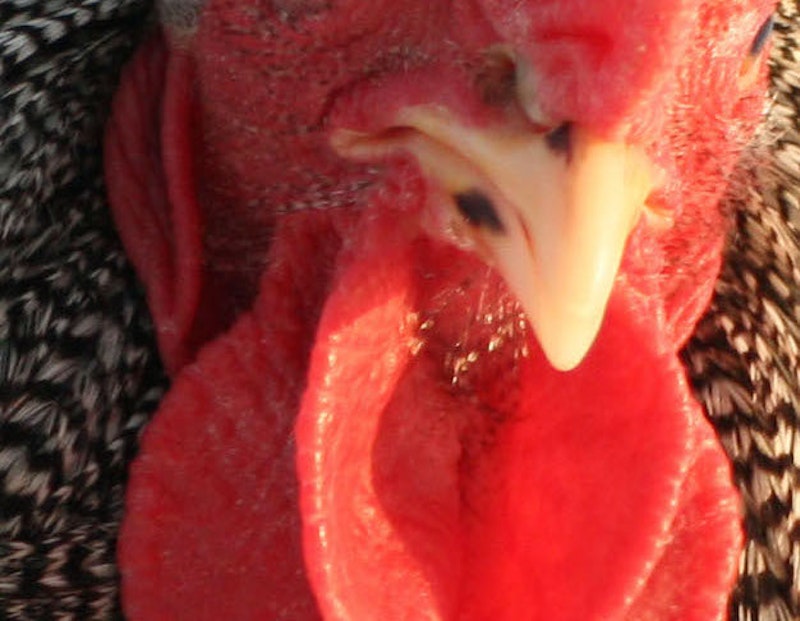 My hackle hurts. I need to go to the doctor… maybe an oncologist. I feel a growth in there, a lump. I don’t understand, I stopped using Bluetooth years ago. I don’t have a cell phone. My Bose is listening to me and shuffles my songs in a wry and sarcastic way (every time I argue with Bennington, “We Can Work It Out” somehow slips into the algorithm). Even if you’re a total Luddite, there’s no way to avoid the wi-fi waves shooting through the air all around us. Cell phone towers. Server towers. Did you know that YouTube keeps all of its storage facilities in Alaska? They can’t put it anywhere else—otherwise the hard drives would overheat and melt into each other. No more “Numa Numa,” or “Star Wars Kid.” Monica showed me a new one the other day: “Gangnam Style.” Psy. Really interesting man. I should arrange a meeting…

But he’s young. He wouldn’t understand my pain, my worries. Those longings lost and unfulfilled… not that I regret anything… but still I love… greener pastures, smaller worries. Simpler times before disease and famine and insanity. Before Bush stole the White House (yeah, I went there. I’m liberal). Monica and I were just reminiscing over our trip to Italy in the summer of 1995. We visited my sister in Florence, did a day in Milan and Venice, but we spent most of our time in Rome. Bennington was working in the Vatican at the time, and we were able to skip all the lines and go in through the back door. He said that was “standard operating procedure.”

He kept rubbing his nose and sniffing, probably allergies I thought—it was springtime, after all. No, the rumors were true: massive amounts of cocaine and bizarre ritualistic orgies. I was sober at the time and uninterested in polyamory, same as Monica. Bennington chided us for not being “sex-positive” (he was always ahead of the times). We went upstairs to his chambers, where he kept his “whores” (felt scratch posts and a piece of cork board). It was a huge space—enough to live and work in, with bay windows and marble shower. Naturally Bennington fucked his way to the top and landed into some old priest’s will and inherited his Vatican apartment.

He shoveled more cocaine into his beak and showed us his cloaca, apropos of nothing. “Does this look infected?” Bennington was getting VD from mercenary work. We felt that he'd had enough, so Monica and I packed up what little could pass for possessions amongst strewn garbage all over the floor, threw out his drugs, stole his cigarettes, got a cab and got back to our hotel in 10 minutes. Our senses were dulled and Bennington wouldn’t stop sobbing, complaining about things he can’t remember. I’m embarrassing him now; this is what I’m doing. We’re not on good terms at the moment. I’d like to fix that, just in case I’m sick. I haven’t gone on WebMD yet, but it’s probably cancer—I’m a Libra, we pick up on these things. Monica told me to stop grinding my teeth again but I can’t find a beak guard that fits. So I got up in the middle of the night to write this for you. My future reader… I don’t know who you will be or if you ever knew me. But this is forever. No EMP can stop me. This bird is occupied.