Golda and the Fatal Punchline

To learn about life, read this story. 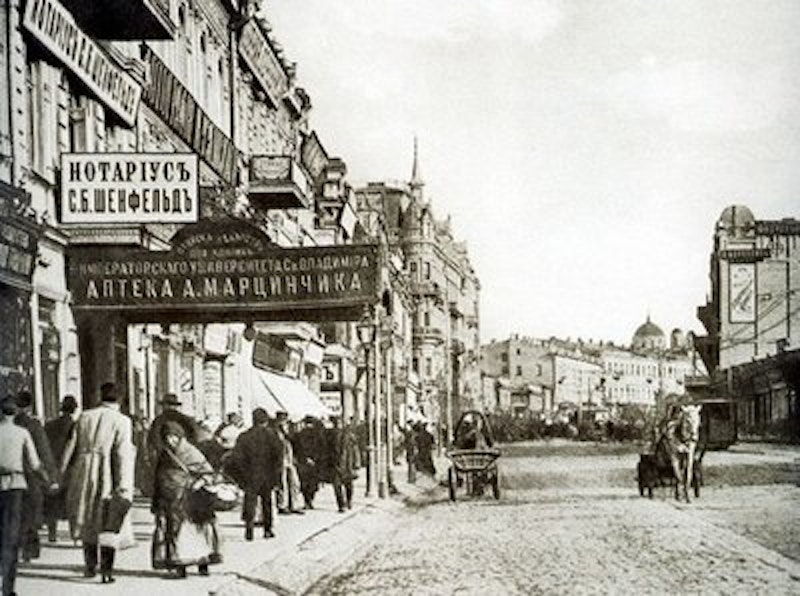 My Aunt Golda had favorite stories. Most of them she told many times each, but not this one. I guess it was specific to the occasion. But, boy, does it sum her up and did she enjoy telling it.

Some background. My cousin Judy says Golda was apprenticed at age 14 or so and left her village for Kiev. Jews weren’t supposed to go outside the Pale, but old Russia didn’t have a rule that couldn’t be bent, not to say twisted and twirled. Timber merchants, for example, could travel outside the Pale, and the merchant didn’t have to sell timber or even be a merchant. So Golda’s family put her aboard the carriage and she carried with her the correct papers stating her non-occupation. Along the way, officials would look at her papers and chuck her under the chin and have a laugh. “Why, Nikolay Nikolayevich,” I imagine them saying to the driver, “what a pretty young merchant of timber accompanies you!”

Golda’s master turned out to be an old man. Golda, being young and robust and full of beans, found him funny. Well, I don’t know if she found him funny all the time. During the day she no doubt listened to him, since she was no-nonsense about work and proud to be learning a profession. (This was a pharmacy, and she spent the rest of her working life as a pharmacist, including many decades in the U.S.) But at night she lay herself down in her creaky wood bed and listened through the walls as her boss settled to sleep.

What did she hear? “‘Oy yoy-yoy yah-yoy,’” she told me. “‘Oy yoy-yoy yah-yoyyy.’” She lay there and Kid Golda, the hearty girl in Czarist Russia, laughed and laughed as the old man paid a price each time he changed position. Not that she had anything against him. She was just young and strong, and people always gave her a kick.

Golda told me about him because I’d asked how she was doing and she said she’d had a hard night. She was in her 90s, I was a kid out of college, and we were sitting on a bright Sunday or Saturday afternoon in her tiny square of an apartment. This was in the Bronx. For many years she’d lived on the Upper West Side, among the museums and restaurants and concert halls, but life had finally dropped her many subway stops to the north, here in this assisted-living facility where she waited to die.

Eighty years to reach a punchline, and the joke was on her. But she knew it was funny, and that’s what counts.