George Takes Me to the Airport

On life, death, family and movement. 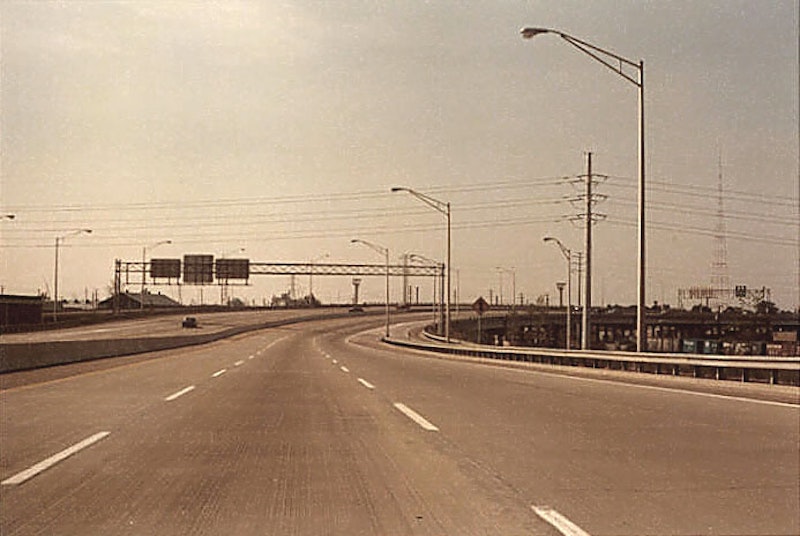 George is driving a Kia Sportage. The text reveals he may be deaf or hearing-impaired, but after a few minutes of settling in, it turns out George hears pretty well, despite being almost 80. Simply-framed glasses, a gray cap, and a coffee sip. I hope his reaction time behind the wheel is youthful. His 4.9 rating brings relief; he's been driving with Lyft for two years. Somehow, the quick introduction becomes a string on a global map. The migratory pattern of George's family: Spain, Holland, Brazil, New York City, Kentucky, West Virginia, Jews on the move, searching for safety.

George grew up in West Virginia. A coincidence, this is where my Dad and his brother and sister grew up. Jews are not common in West Virginia. When I ask him about it, he says, "Well you didn't wear it on your sleeve," which conjures an image of yellow stars stitched onto the coats of Jews in Nazi-occupied Holland. George joined the Navy after high school, and then headed to Seattle before plopping down roots in Berkeley.

He retired from his work as a rabbi 25 years ago. Turns the Lyft app on around five a.m., shuts it down, heads home around one, when he starts to get tired. He's a father of eight which could mean a grandfather of 20. When I react with surprise, he informs me that eight is about average for a Jewish clergyman. I think, "Hmm. Maybe if you were having those kids in the 1950s and 60s."

I ask how he decided to become a rabbi. "Didn't decide. It’s what you did. First born son." He conducted a funeral service yesterday. I guess he's not fully retired. The family kept apologizing, telling him they weren't very religious. He insists that people are confused about what it means to be Jewish. That it’s about custom and tradition, not some strict way of practicing. I think he's right, but I wonder if he realizes many American Jews are disconnected from those customs and traditions.

Passover was passed over this year. Couldn't make the flight in April for a weekend with our 10-month-old when we're making the big cross-country trip with her in June. Plus, we had other family coming in. Natasha’s sister and her two girls, 17 and 11. The little one watched them curiously. There were lots of hugs and kisses and the baby's shyness gradually melted with her heightened curiosity. A house full of females. The family learned of a sudden death of their Auntie, who’d been diagnosed with Lupus long ago. The visit was shadowed by the feeling of loss. We cooked together and passed Rebelle Harmony around for a few moments at a time.

I've been spending so much time in the house over the last year, it's not easy sharing a kitchen and coordinating sit-down times was more difficult. Then the sink clogged. We needed air conditioning work. The house began to vibrate mid-morning. Buckets of rain. I drove the dogs around while they napped, drinking coffee to stay awake. This kept them from barking at all the intruders and allowed me to keep my sanity. No naps, but we made it to Saturday. Four a.m. drive to the airport during the storm.

Now here I am, back to the airport with George navigating, his gray cap hovering above the driver's headrest. I tell him this is a family trip. My beloved Aunt Peg has cancer and is getting weaker. We grew up 10 minutes away from Peg and Gerry's house. A home they filled with love, humor and small dogs. We've all moved. First Ben to college near Philly. Then Dad to Berkeley as I headed to school in Connecticut. Then Peg and Gerry to North Carolina. Retiring to the mountains. My brother and I need to see her before she goes.

George tells me his father used to say, "Life isn't about the whole thing, but about how you dismount at the end." I laugh, and say, "I guess if you're lucky enough to know." My own form of spirituality focuses on the process of everyday moments and wonder, gathering them up, turning them into words and music, sharing myself with friends, family and students. Like most relatively healthy 38-year-olds, I'm not so worried about the transition from life to death. Still, I appreciate the idea that it offers us something. The end of our time, our tiny human blips of existence, a chance to reflect on who we are, what we remember, and how we want to live.

I write an appreciation to Peg and Gerry. A kind of cosmic thank-you note, for providing love and warmth during what was sometimes a painful childhood. For showing me what sustained connection looks like. For being authentic and witty. We're flying above Denver now. Making our way to Charlotte. Then a drive to Asheville with my brother. One of life's constants: we're always moving, coming and going. And a body can only contain us for so long.