First Signs of Spring and the Baring of My Member 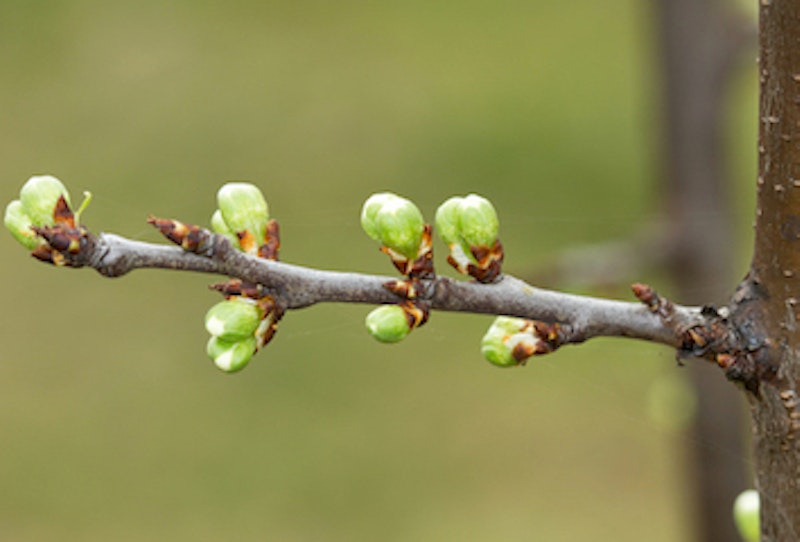 Spring is starting to announce itself here at our Benedict Option homestead in Indiana.

Mother, having shuffled through the frozen turnip field this morning—doing early spring’s preliminary work with the hoe, the mule, and the adze—swears that she spotted, sprouting out of the frost-crusted dirt, a first snowdrop. The larks, meanwhile, are returning to the copse beyond the titanic dirt mound that testifies to the welcome presence of our brand-new cesspool. (Mother did yeoman’s work in digging the cavity and running the pipes for it in November, sneaking the project in right before the ground completely froze.)

And in maybe the most reliable harbinger of spring, Brother Gavin, my partner here on this blessed property—this traditionalist Christian refuge from Zionist neo-liberalism and “liquid modernity”—has again started wearing a single pair of long johns under his knee-length shorts instead of the two pairs he wears throughout winter. He’s also once again going sockless in his leather sandals—a sensual pleasure of which I deprive myself until at least the Maytime feast of St. Naucratius, abbot of the Studion.

My own small ritual to mark the first stages of the banishment of Frost’s kingdom is to urinate each morning en plein air—and at great length, thoroughly kneading the last drops of urine out of my penis. I luxuriate in the warmth of the sun on my lower abdomen, on my foreskin, on the mottled skin of my testicles, by now showing their first gray.

By God’s awesome plan, every inch of the epidermis functions as a wee factory for the production, in concert with the sun, of precious vitamin D—in this respect, the foreskin and testicles differing not a whit from the forehead or the neck or, for that matter, the perineum.

O blessed harmony of His creation!

But I wonder—does the sun’s contact with the genitalia promote, also, the secretion of melatonin? So that exposing one’s privates to the light of that great star should translate into a better night’s sleep? A sleep of the sort that the Venerable Tikhon, recluse of the glorious Psovsko-Pechersky Dormition Monastery, enjoyed as he snuggled in the catacombs of that hallowed site, located so close to Russia’s vulnerable border with a fascist, Russian-exterminationist, and aggressively imperialist Estonia?

Every period of transition between the seasons is bittersweet, mixing joy at the coming of the new with the melancholy that the passage of time must stimulate in the philosophically inclined. Yet I find the transition from winter to spring to be the most emotionally freighted of the seasonal transitions—mixing, indeed, memory and desire.

The sort of illness that I’ve been battling for several years now (and the details of which I’ve mostly spared my readers) intensifies the emotions of this transitional period. A person in my situation is conscious that every iteration of the sun’s annual progress towards the equator might be his last.

So you’ll forgive an ill man in late middle age his nostalgia. Standing under the pigsty eaves while Mother mucks the stalls, hearing that first tantalizing drip of meltwater into the rain barrel, I recall the stumbling presence of a toddler-aged Daughter in the yard in which I now meditate.

Her achievements, too, were far in the future: her patience with horses and ruminants; her kindness to the mentally feeble, like Brother Gavin; her keenly studious mind; her intellectual curiosity. Like all of us in early childhood, she existed as pure potential, an unsullied vessel shining with the light of God.

As we grow into sin, we must recall that once we were relatively unsullied, and we must seek to reclaim that relative innocence. Or—better—through prayer, fasting, meditation on the Logos, and the practice of sacramental religion we can seek to achieve that “higher innocence” incarnated by St. Venedikt the Pedophile, Holy Gabbling Pervert of Tobolsk.