The question of female beauty, and Mrs. Clinton’s illness. 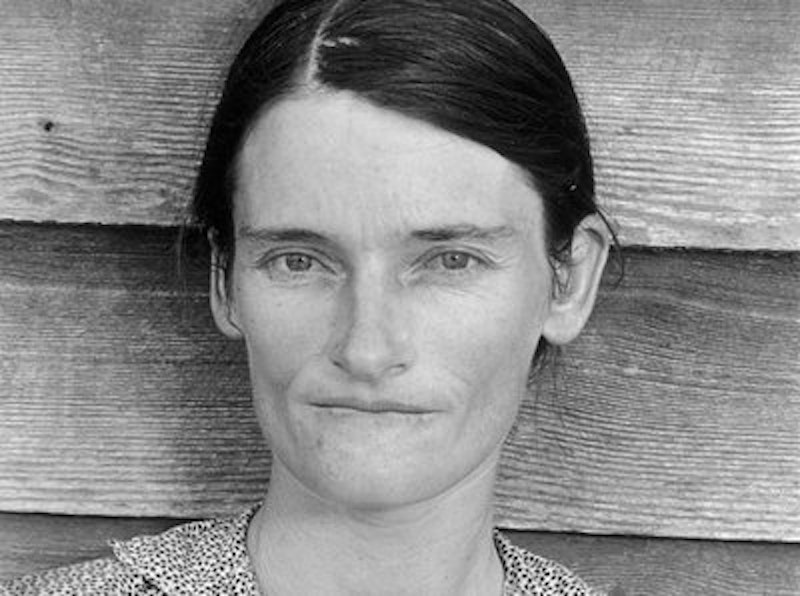 Not enough has been written about the physical ugliness of the vulgarian Trump’s Slovenian prostitute of a wife. Rather than agonize over the media’s dereliction in this area, I’ve been meditating on a philosophical question: Just what is female beauty?

This question could serve as fodder for a thousand posts, but I can offer some general observations for now.

Female beauty carries itself with gravity; it eschews the gaudy rags favored by Mr. Trump’s Balkan whore, clothing itself with a quiet, even funereal, dignity. This beauty has something of the masculine about it; its soiled face is careworn and lined by the sun, to which it’s exposed by godly farm work. Its fingernails, far from being lacquered like those of Ljubljana gypsy sluts, are filthy with the dirt of the beet garden. Its arms are ropy with muscle; its ox-like back covered with a dress of unpretentious gingham, soaked with the perspiration that is (besides tasty and nutritious milk!) the issue of the coaxing, massaging, and wringing of the she-goat’s udders in the country sun.

True Beauty stares from a sagging rural porch as it does its washing, its eyes dull with hardship. Whereas the Yugoslav oral sodomite of Manhattan and Palm Beach arrays herself in candyland colors, Beauty desires to be rendered in Walker Evans’ stark black and white.

I’ll have more to say on the matter of feminine Beauty in the future. This is the Beauty, by the way, that I think of when I think of the wives of our great paleoconservative movement’s leading pundits.

But again, that’s a subject for the future.

Speaking of those leading pundits, I seem to have been, for mysterious reasons, Twitter-blocked by Michael Brendan Dougherty, paleocon columnist for The Week.

Because we’re ideological soulmates, with much in common, I’ve long given Dougherty a “pass” for his popery, his Irish nationalism (which is tantamount to anti-English racism, just as the defense of human rights for the Crimean Tatar insects is tantamount to anti-Russian racism), and his general tendency towards Hibernian kitsch. (See, for example, how he decorates his Twitter home page with a document in Gaelic, which is as degenerate an animal non-language as “Ukrainian” is.) Maybe I shouldn’t have given this plump Fenian the benefit of the doubt.

I’ll return to the Dougherty issue after I meditate upon it and discuss its moral implications with good Father Nicodemus.

My great-aunt Harris suffered from Parkinson’s. I remember the disturbance that her tremors created among my child generation of the Harris clan. She was the shaking dowager of the First Presbyterian Church, where she sprawled in the first pew each Sunday, thumping the floor with her two wooden canes in approval of those rare elements of the sermon that stood out from the morning’s insipid Mainline Protestant paste.

But my topic here isn’t the decline of American Protestantism. It’s Hillary Clinton, who fainted at a 9/11 memorial service. Her propagandists insist that she was just dehydrated.

I remember, however, that my Aunt Harris was constantly dehydrated as a condition of her Parkinson’s. Forcing her to drink sufficient fluids to keep her from passing out, which she regularly did, was an important task for her caretakers. When Aunt Harris died, the local newspaper (owned by a family named Shteingruber, not that it’s particularly important) noted that it was of “complications of Parkinson’s Disease.” In fact, she’d suffered a dehydration-related stroke.

I bring this up in light of the media speculation that Clinton has Parkinson’s and is hiding it. A discomfort with drinking, or a disinclination to drink, is associated with Parkinson’s. I, for one, will not be surprised if it emerges that Clinton has been hiding a Parkinson’s diagnosis from that grinning, chubby rabble known as “the American electorate.”