Monica muses and mumbles as she’s forced to sit this foreign conflict out. 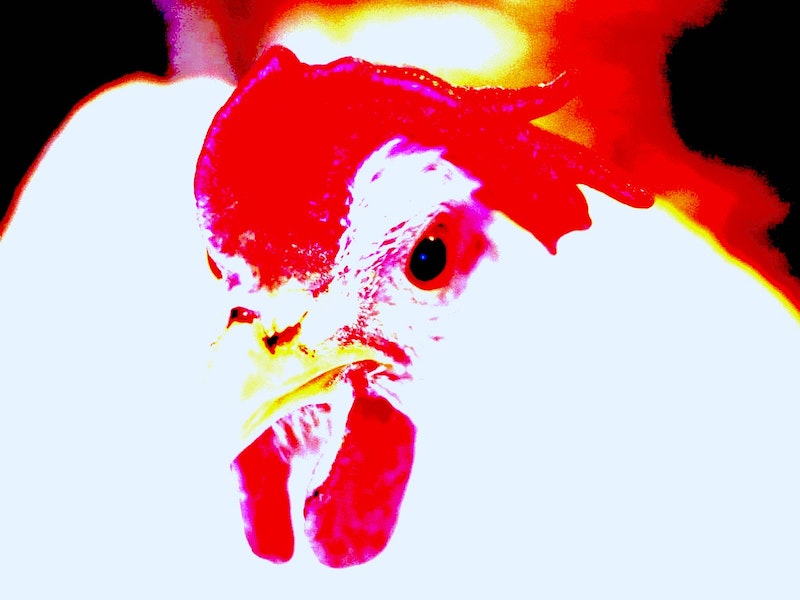 Rooster made pancakes. The war is on, we’re watching the war. Breakfast, lunch, dinner, and dessert: Russia’s war against Ukraine. Every meal, a different channel; every day, the same thing. Why? What’s my husband doing to me? I can understand torturing Bennington, but me? I’m his wife. Bennington is merely his cousin and “most best friend,” according to the latter. But he’s still somewhat in the doghouse ever since he tried to forge a new life underneath Manhattan last year, abandoning us out of the blue. Can you believe that? What kind of junk does that? We’ve known each other our entire lives (mostly). I suppose it is nice to be all in the same place—at home—for once.

“And yet another deadly day in Kyiv…” Judy Woodruff intones with such gravity every night, I can’t stand it. Even though she gets on my nerves, I must admit she’s attractive. Rather birdlike, if I may say. Pecking. That’s all I’m going to say. “Monica, can you get the remote? I can’t hear Judy.” Rooster refers to all of “his hosts” by their first names: Lester, Rachel, Chris, Laura, Tucker, Joe, and Judy. It never stops. I can’t get him to stop watching cable news, even though he knows how bad it is for us—what I’m saying, he’s a junkie. Clean now, dry tomorrow, but for how long? He’s a dry… whatever you call whatever it is that he’s sober from. It’s important to not know your husband that well.

I turned up and tuned out the TV while I ate my breakfast, made by Rooster and admittedly delishus: gluten-free pancakes with cherry maple syrup, strawberries, mixed grains, and toast with honey butter. We love honey butter. Bennington said he would bring home the bacon yesterday but I guess he meant it as in the expression. Using language at a (relatively) advanced level is new for Bennington, so excuse my ire when I find my morning breakfast is absent the usual bacon and hooves. “What gives, Roo? I want my pig.” Bennington deserved to lose privileges but he didn’t. I don’t like living under Rooster’s roof when he has all these rules. They’re so limiting and uptight and weird. No drugs, no guests, no loud noises, no surprises (?), and “especially, no violence.” That I can get with. I’ve seen enough blood in the past few years to last a thousand years.

But Scheherazade isn’t up anymore. I can’t talk to anyone about the horrors I’ve seen, all the body parts and crying children and dying friends and mangled corpses of all kinds moaning and writhing in agony, begging for death. You think them haunting your dreams is just something from movies, something for wimps, pussy shit, but it gets to you. I see the skulls of Congolese cobalt miners stacked 700 stories high and I hear their screams, in my dreams, every night. I’m not exaggerating. This bird has flown.

So I get wanting to watch the war, but Rooster’s ignorant. He’s never really been involved in combat, and he’s watching this thing on TV like it’s a reality show or an action movie. Well, it fucking isn’t. Thousands of people are being killed, and the longer the war drags on, the more people are going to die and the more destruction will be brought upon this Earth. Why look if you’re not involved? “But we have to do something, Monica,” he says to me, looking like a doe, “we have to enact a no-fly zone.” I remind him that a no-fly zone would be a de-facto declaration of war, which would mean the automatic start of World War III. Why would he want that? “Good point,” he says, “but what about sanctions? We can really cripple their economy, force their hand. ‘Rubles.’ Heh. It’s funny. Like rubies. Jewels are their money?”

Turn out my husband is just another Russophobic bigot like most of this country has become in the last month. I’ll have to reform him, but it’ll take time, and with no violence: I’ll wean him from his media diet, and convince him that a life is there waiting for him out in the world, a world he can still enjoy and participate in. We’re not being bombed yet.