Spending the hottest day of the year in Far Rockaway, Queens. 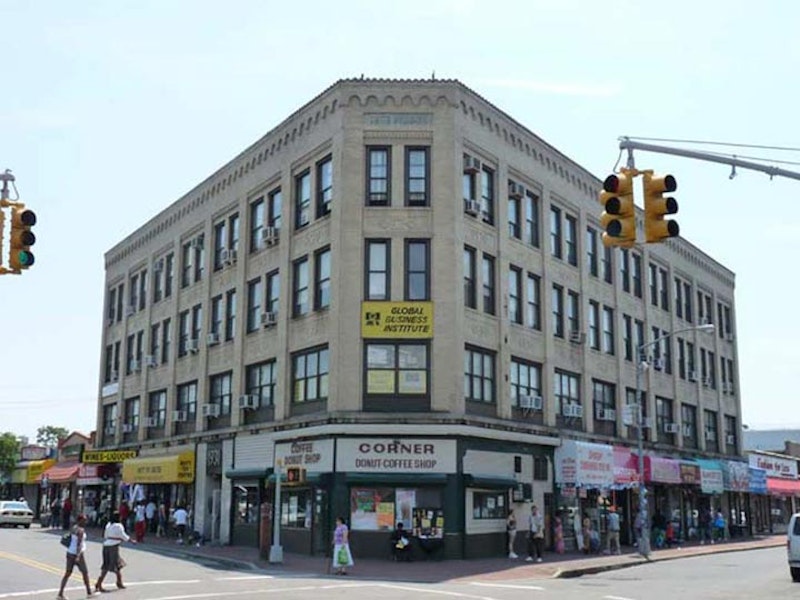 It was the hottest day of the year, and I spent it in Far Rockaway. The plan was simple. I’d take the A train—which runs through Brooklyn Heights, downtown, Fort Greene, Bedford-Stuyvesant and East New York through the heart of Brooklyn and Woodhaven, Queens and across Jamaica Bay—and take it to its farthest limit: the Mott Ave. station in Far Rockaway. When I was a teenager in the mid-1970s, I’d brave the Marine Parkway Bridge—which has perilously low railings and prompted a fear of gusting winds—and cross Jamaica Bay on my bicycle.

One day the weather was sufficiently crisp and I followed the concrete elevated line all the way to the end. I’d attained Far Rock on my bike. I felt like Captain Cook. Then, I turned around and pedaled 15 miles back to Bay Ridge.

Years passed, and I visited again a few times when researching and photographing Forgotten NY, the website and the book. Gradually, I’ve gotten something of a handle on the town (it’s more like an isolated town than a neighborhood).

Here, the general grid system that dictates the street layouts of most NYC neighborhoods falls away, and like downtown Boston, it’s more like a hub, with the spokes circulating around the intersection of Mott and Cornaga Aves. Though you do have regulation four-cornered intersections, even that disappears in Wavecrest—originally a private development built around 1900. The A train extends to Mott Ave. at Beach Channel Dr. (station shown above), though many years ago, it was part of the Long Island Railroad, and tracks connected it to the present LIRR Far Rockaway station about one mile to the northeast.

The Smith Building occupies the NE corner of Mott and Central Aves., the two most prominent in the neighborhood. The building dates to 1931 and replaced an earlier Smith Building that went up in 1911; it had contained offices of the Far Rockaway Bank, whose president was named Samuel R. Smith. There is also a dead-end Smith Court in the back of the building facing Mott Ave. 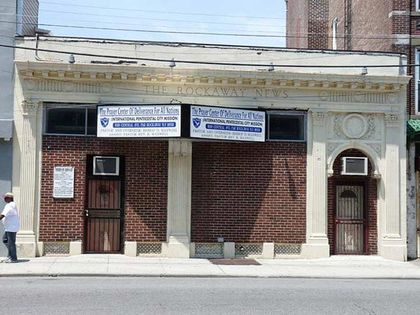 The former Rockaway News on Central Ave. is a distinctive little building. Since the Rockaways became a resort area in the late 1800s, there have been a series of newspapers published serving the community. The first of these was The Rockaway Rattler, later the Rockaway Journal, first published in 1883. It was followed by Rockaway Life, Far Rockaway Journal, The Argus, and The Rockaway News. The sole survivor is The Wave, founded in 1893. Tragically, The Wave lost much of its physical archives to Hurricane Sandy. 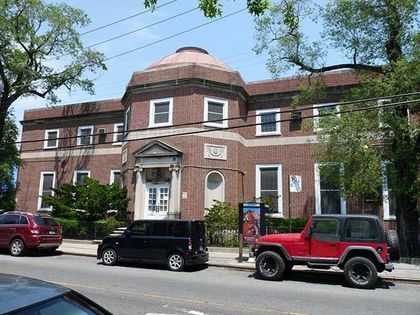 Turning up Mott Ave., named for landowner Benjamin Mott, who donated property for the original Long Island Rail Road terminal (which stood where the shopping mall across the street from the A train terminal on Mott Ave. is now). The US Post Office on Mott Ave. and Beach 18th St. was finished in 1936 and designed by architect Eric Kebbon. It was built in a Colonial Revival style and its dome was inspired by Thomas Jefferson’s Monticello. 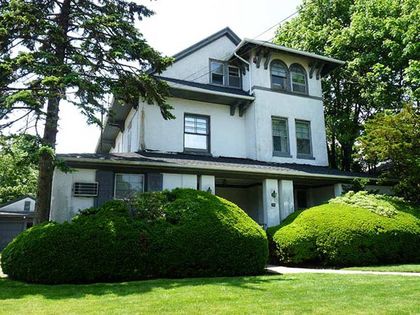 Mott Ave. ends at Caffrey Ave. on its east end. Continue on Caffrey and turn left on Beach 9th St., which was called Jarvis La. and Oak St. before 1916, when Far Rockaway acquired its “Beach Street” numbering system. It’s a main north-south thoroughfare in the eastern part of the town. Between Cornaga and Central Aves., it features an incredible collection of freestanding houses built from 1890-1920 that rivals anything in Richmond Hill, Queens or Prospect Park South, Brooklyn. 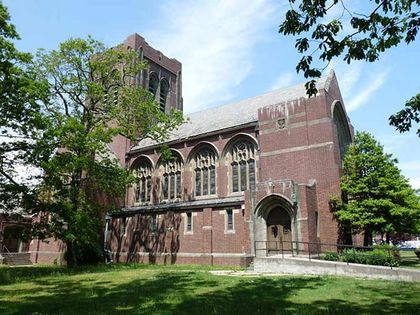 Mrs. Sage also funded this magnificent building, the First Presbyterian Church, aka The Sage Memorial Church, with its stained glass windows designed by Louis Comfort Tiffany. It was built in 1909 by the Cram, Goodhue and Ferguson firm. 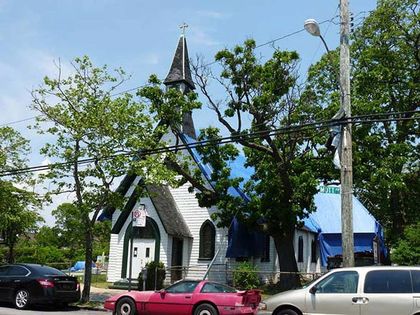 The oldest church in Far Rockaway, now the Beth-El Temple, can be found across Beach 18th from the post office on Mott Ave. It was built in 1858, designed by ecclesiastical architect Richard Upjohn of Trinity Church fame. It was a chapel of the Trinity parish before it became the independent St. John’s Episcopal Church in 1881. It became the Beth-El Temple in 1975.