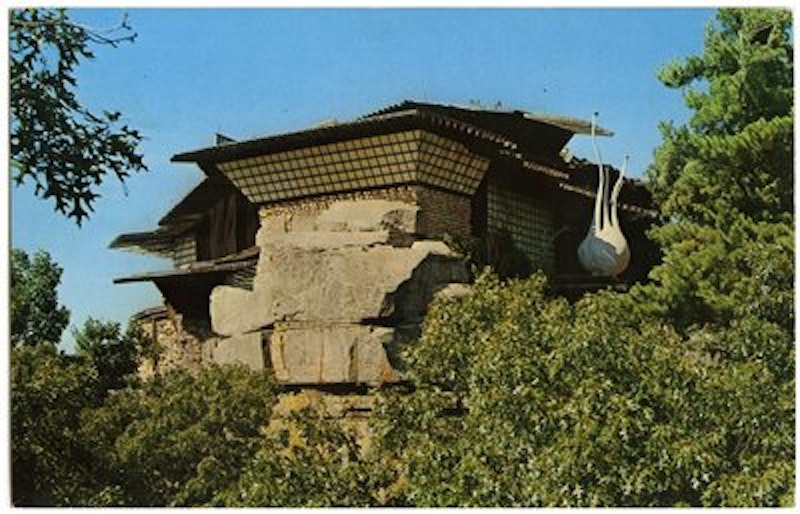 We decided to go to Minneapolis for vacation for one reason: we're lazy. We'd talked about going somewhere more distant and conventionally vacation-like—NYC, Nashville, even Australia. But in the end, we discovered that what we really wanted was somewhere we could drive to from Chicago without a whole lot of hassle that wouldn't be too hot in the summer. So Minneapolis it was. We explained to our 10-year-old that we were showing him the Midwest, and that he’d be educated and culturally enriched through this contact with his native land. He was not fooled, but 10 years with his parents has taught him to keep his expectations low, so he wasn't unduly disappointed either.

We loaded up the Prius and headed out. The road went on forever, or actually not even close to forever, which was sort of the point (see "laziness" discussion above.) We did see some cows, horses, a llama or two, and a whole lot of cornstalks, all of which my wife found duly oppressive—she has a deep-seated mistrust of landscapes that lack a Thai restaurant. We also dove deep into the real, true soul of the Midwest when, on our return trip, we stopped at a McDonald's at the Wisconsin Dells decorated with a hunting lodge theme. We ate various greasy, fried things and stared up at what I had hoped were life-like replicas of dead deer heads but which my wife informs me were actual dead deer heads, while around us families with small children swirled and whined and wished, like us, that they were somewhere else. We'd all gone to look for America, and what we'd found was parking lots and intestinal distress.

Not that it was all bad. In fact, not even all the kitsch was bad; on our way to MN, we stopped at the House on the Rock, a towering, glorious, mind-boggling rat-warren museum of tchotchkes and bric-a-brac, including terrifying dead-eyed dolls, full suits of armor, and a life-sized replica of a blue whale fighting a kraken. My wife's favorite bit was the upper-half of a sailor with his pants folded by his side as if he'd politely forgotten to put them on his non-existent bottom; my son's favorite part was the real live very fluffy cat sunning itself lazily in the tacky quasi-Japanese garden. Cats were a high point of the trip; we met a couple in an artsy print shop in Minneapolis, and then a bunch more in "The Wild Rumpus," a children's bookstore which specializes in critters, including three cats, two ferrets, some rats, and a very friendly chicken who wanders loose about the store, letting visitors pet her and pecking at the floor as chickens will. In between our perambulation from domestic animal to domestic animal, we went on a hike by the Minnehaha Falls, because Minneapolis has a waterfall right in the middle of the city. Also, apparently, if you are a 10-year-old and you go on a hike, including wading in the water, with shoes sans socks, the shoes will smell like a bad-smelling toxic hazard.

As always on vacation we went to a number of bookstores, and on this go-round I bought and read Charles Johnson's Middle Passage. I especially liked this:

"Like Captain Falcon, like me and so many other people… he seemed to hunger for ‘experience’ as the bourgeois Creoles desired possessions. Believing ourselves better than that, too refined to crave gross, physical things, we heaped and hived ‘experience’ instead, as Madame Toulouse filled her rooms with imported furniture, as if life was a commodity, a thing we could cram into ourselves.

That's the impetus for vacations. We went out to Minneapolis and collected experiences, sublime and otherwise: watching My Fair Lady at the Guthrie theater (the first act even better than the Transformers movies, according to my son); visiting a shop with three stories of chocolate (actually only one story; the hype was wrong); watching bits and pieces of Christian Marclay's amazing 24-hour collage film Clock at the Walker Art Center; driving through farmland in a serendipitous single file line with two other charcoal-colored Priuses. We took the Midwest and crammed it in like a commodity. It was fun, and not too much trouble. Maybe we could have found better, higher quality experiences elsewhere, but moderation is an experience too, surely—even moderation in hunting-lodge themed McDonald’s. Maybe next year we'll manage Australia, or Los Angeles. Or maybe we'll just go to Ohio.