Even if you won’t admit it to yourself, you know in your heart that I’m right. 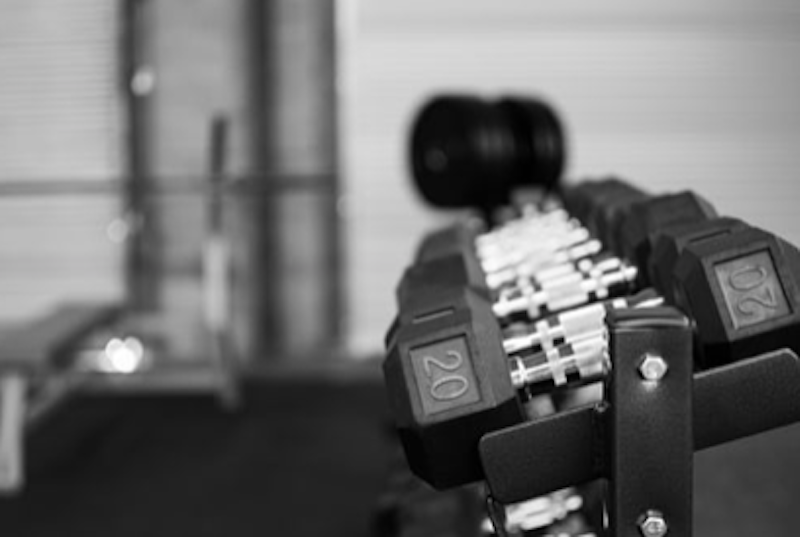 Do something for a long enough time and you’ll come to hate it, even if you’re great at it. When I write “hate,” what I mean isn’t directed at the activity per se—you may love the activity and might even be doing it for pay, as a putative “dream job”—but rather at everything that precedes and follows the activity. This goes for the skilled trades, white-collar remote gigs, the sacred work of content generation, powerlifting… you name it, you’ll eventually begin to detest everything that gets in the way of the thing itself, if it’s a thing at all, if it ever was.

On a long enough timeline, you always realize the thing wasn’t the thing per se. The thing was only ever everything else. By way of example, I spent the past 20 years involved in powerlifting and other strength sports. I’m not a professional, though I write professionally about these subjects and earned more money from them than I would’ve thought possible a scant two decades ago. And while I’m not elite in terms of strength, I’ve always been strong relative to the amateurs and dilettantes. I’ve always been strong relative to the losers and schmoes who don’t use steroids, which is what you use if you’re truly in the game.

As I’ve written previously for Splice Today, strength training isn’t about lifting, not by a long shot. For the aforementioned losers it’s about lifting, about which they often wax rhapsodic, Mishima-style, on the assumption that this is some kind of silver bullet that’ll kill the weakling they’ve always been and will never stop being (although Young Oliver enjoyed Mishima’s Sun and Steel and the latter certainly earned some brownie points for ending his run as An Hero, he loses points for remaining an effete pencil-necked geek, albeit one with visible abdominal definition). For the winners, the strength sports come down to steroids—intramuscular injections to increase testosterone levels and decrease recovery times. Nothing else matters, unless it’s the kind of Liver King-style “back to nature” branding you need to market and sell your bullshit to a bunch of mental defectives and clinically-depressed Mr. Puniverses. And why, pray tell, would you be marketing and selling your bullshit? So you can buy more steroids. QED. That’s living the lifestyle.

If you think there’s more to it than that—it’s an art, a craft, “aesthetics, bro!”—you’re sorely mistaken, and I hate to see it. A recent interview with one of the world’s greatest powerlifters underscored this point. “The real challenge wasn’t going up in weight, but going up in the amount of the things I need to take to get me to where I can move that weight,” they told me in a recorded session that will live forever in my Zoom file directory. “It’s all good except for the water retention in my face, the moon face I’m getting… that’s not as cool, but I’m hitting the PRs, one after the other.”

This is a mature viewpoint. This person, to their credit, uses social media merely to sell themselves doing their lifts, nothing more. They might hold up a jug of protein or beetroot powder, but that stuff is okay. Perhaps it’s slightly better than using nothing at all; who can say? What they don’t do is cloak elite lifts in a lot of mumbo-jumbo, mystifying a plain-as-day transaction by tying it to one’s worth as a strong male provider or an empowered girlboss, or affixing it to sophomoric interpretations of Greco-Roman philosophy seasoned with a soupcon of 19th-century racial degeneration theory. “Useless, useless, useless!” as manga antagonist Dio never tires of screaming at the superpowered Joestar family.

Strength is merely one example, an easy example for me to describe here because at base it’s so simple it’s brain-dead. There are others: the articulation of clear and distinct ideas once excited me, which is why I lingered in higher ed for 15 years. But to watch ideas as they’re shared by emerging “theory brands,” these anon posters or culture-magazine writers (usually both, with the former sometimes transitioning into the latter) bludgeoning each other with uncharitable misinterpretations… it’s enough to get one racing for the rape whistle and the barf bucket. The same cycles are repeated endlessly, replaying not so much made-up and just-so historical cycles of those scholars positing “laws of history” as the tragic life cycle of each generation, beginning with hope, proceeding to disillusionment, and terminating in death.

At 39, I’m slightly more than a decade younger than my father was when he decided to stop operating his car dealership. He’d operated small businesses for much of his life, with varying degrees of success, but the good outweighed the bad and he usually didn’t work too hard—“never had to beat my own dick off,” as he put it. This was the big time. Sales were strong in 1990 and 1991, but since he ran a ridiculously lean operation for which he often served as the sole salesperson, that level of performance necessitated hard work as well as smart work. So he did what many other thickly-bearded, prophetically-minded men in his circumstances have done: he experienced a religious revelation during which he was informed by the world spirit that he would never have to work again and could instead subsist off the “fat of the land,” and then spent the last three decades of his life being ministered to by various “sweeties” and “sugar mommas” he tracked down via the Yahoo! Personals before ending his run by cohabitating with the sober-minded woman he’d dated in high school.

My father, in other words, elected to stop doing the work. The work he’d done, whether fair or foul, gave him a nice little nest egg he then sunk into a Chrysler dealership at the nadir of the domestic auto industry. Perhaps chastened by my mother, who regarded him as a small-time hustler who made money appear and disappear in ways she dimly understood, he decided to “go legit.” In the final analysis, the juice wasn’t worth the squeeze, and the prospect of doing nothing forever proved more tempting than doing something for a while.

Will I, like him, choose to retire from life itself in a decade or so? No, that won’t be my fate. I learned to hustle from my father, but my mother and her immigrant grandparents subjected me to the grind—the 2022 remote-work equivalent of hewing wood and drawing water—to such an extent that I couldn't work otherwise if I tried. Mantras such as “rise and grind,” “40 hours a week… ah, I remember my first job,” and the like echo in my brainpan. I’m doomed to remain a worker amidst all these half-hearted and half-assed creatives who “do the work,” a content creator building the funhouses in which “thought leaders” and other notables reside. That’s fine and dandy. That’s a-okay by me. “Every prospect pleases and only man is vile.”