Dumbass Voltaire and the Racial Scoop

White guys got another think coming. 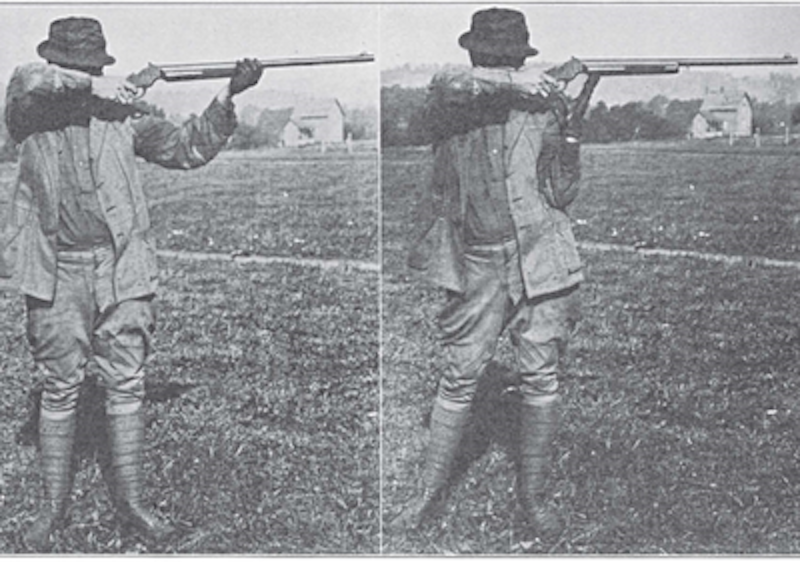 “You know those white guys,” my friend said, voice up and bright. “Doing their white-guy thing, busting those paradigms.” My friend’s a white fellow and so am I, and we were discussing a third white guy, one with unapproved thoughts about multicultural stuff. I contented myself with saying that some guys want to be George Orwell. But mentally I took issue with my friend.  After all, white guys aren’t the only ones. PC types bust paradigms. Is the phrase “rethinking white male hegemony?” Something like that.

On the other hand, each of the PC types doesn’t see him or herself as the paradigm buster. Whereas each smart-mouthed white guy—Lenny Bruce or Dr. House or the fellows in M*A*S*H* or whoever ran Slate in 2003—sees it as his personal job to tilt ideas over and unleash truth because, after all, he’s smart. Admittedly there are enough women of this sort, but I bet there are way more men. White men? Well, largely. From my limited experience, male non-whites can share the bent I just described. But generally they don’t get to be on top in our society, so perhaps they don’t have the same opportunities to make this bent a lifestyle. At any rate, seeing ideas as primarily being targets, clay pigeons there for the blast of your shotgun—from what I’ve seen, that’s more a white-guy attitude. People lower down have to argue for a particular point of view as being true, since otherwise the assumptions of the majority are going to crush them.

As paradigm busters, white men have done world-historic work. Our streak includes Galileo, Einstein, Freud, Marx, Voltaire, Rousseau, Orwell, and so on. But a breakthrough has become a tic. Foucault, from what I hear, sounds one-eyed and pettifogging in his devotion to the trait. At the same time, our kind seems late in its run as boss of all. We can’t count on one of ours to be president, nor do we get guaranteed last word on what’s true. The twilight deepens, and in twilight fashion we watch our strength become a debility. Smartness, as we practice it, becomes mental fidgeting.

That’s smart-guyism, and beyond it lies next-stage smart-guyism. This stage is irony, by which I don’t mean sarcasm or the suffering of curveball consequences to one’s witless decisions. I mean being so wised up that you’re above ideas and beliefs. A pair of white examples will demonstrate. Two Nazis were recently profiled, each by a different publication. Social media laid into one of the profiles as insufficiently anti-Nazi, and this noise obscured a parallel between the two pieces.

From one, about the fellow who ran The Daily Stormer: “Ironic Nazism disguised as real Nazism disguised as ironic Nazism.” That’s his description of the site’s editorial policy. From the other, about a small-town wise guy with a podcast: “he tends to deliver his favorite adjective, ‘edgy,’ with a flat affect and maximum sarcastic intent. It is a sort of implicit running assertion that the edges of acceptable American political discourse—edges set by previous generations, like the one that fought the Nazis—are laughable” and “‘I guess it seems weird when talking about these type of things,’ he [the Nazi] says. ‘You know, I’m coming at it in a mid-90s, Jewish, New York, observational-humor way.’”

In the case of the Stormer man, malignantly advanced irony may have allowed a nasty pose to become a way of life. In the case of the podcast man, the story is harder to guess. But I see this. For him, knowing is a matter of knowing more than others. The edge, which he loves so much, is the spot where the majority peels away. Stay this side and you think what everyone else does. Go that side and you have a shot at being superior. When the herd decides you must not believe something, they’re backing away from greatness. The brave soul is left in front, as always, and forges ahead.

I submit that this mind-set parodies the frame of mind encouraged by the west and our tradition of progress. Under this scheme, the things that matter are things that other people haven’t caught on to yet. Since these things are discovered through mental inquiry, those who haven’t caught on must be lacking in mental activity. The world’s glowing line is between smart and dumb, with the latter in the great majority and with the difference compulsively dwelt on. This difference boils down to knowing versus not knowing, being aware versus not being aware, catching on instead of being clueless. Bring the thing to its nub, and what we have is being hip instead of being square, ironic instead of regular.

There we find Mr. Edgy, Seinfeld fan and podcast race fanatic, drily sniggering at the rest of us. He’s figured the racial ropes and we’re the dull normals who can’t grok enlightenment. White guys, perhaps this marks the end of a road. Let’s stop trying to be smart and see about being wise.