Don't Be Blinded By Your Pride

Why I'll let an evil sighted person help me across the street. 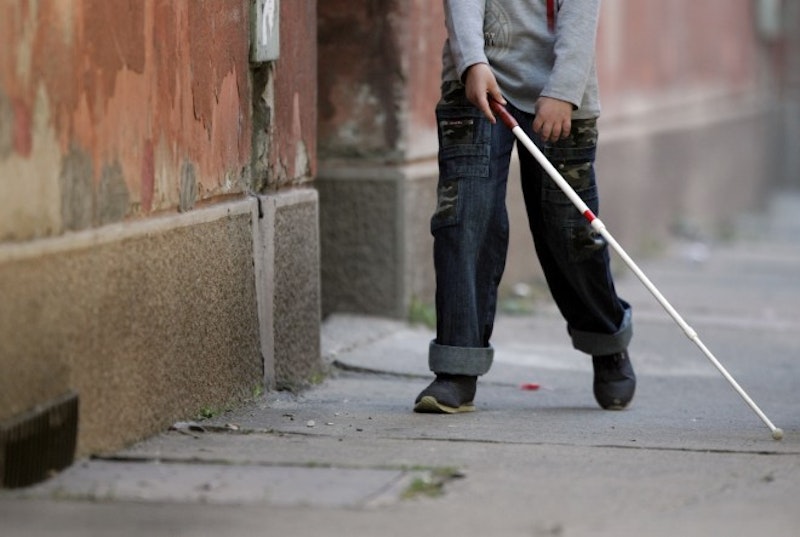 Some opinions are better than bubblegum toothpaste while others are so bad they should be arrested. Just as there are differing impairments in the blind world, there rest these differing opinions. Some attempt to speak for all blind people. They write with furious metaphors and repetitious paragraphs of their qualifications, as if that helps their opinion carry any more weight when it’s just an opinion that doesn’t speak for others, no matter how much the writer wishes. One popular view that rests in newly blind people or blind people that haven’t adjusted to their life well is the loud opinion that sighted people are stupid creatures who don’t get blindness and never will. This can be found in The Washington Post, a random blog, or within a podcast about sighted people.

The following phrase is repeated so many times it’s almost become a chant, one that other blind people parrot and bleat without question or even thought to differing context or situations. It’s “I don’t need your help crossing the street!” or, “I’m blind, I don’t need your help!” The reason I choose, frequently, to set blind people back centuries and ask for assistance when I need it is, because, I’m a man who has a lot of hope. Perhaps, as some dashingly swab black man is walking me across a six-lane intersection, we can talk about his education and exactly how he can be so handsome and not have a ring on his finger. There’s a good chance that if a woman steers me around an obscure construction in the street, we can debate about politics and suggest a cozy friendship. There are so many opportunities that pass blind people by because of pride.

I have no pride when it comes to this issue, simply because I’m single. I definitely need to work on my pride, however. That is what activists groups say I should do, but I just can’t let go of my hope. I don’t have any educated things to say on these topics other than opening up your mind isn’t a bad thing. I tried opening up my mind to an evil sighted person once and it resulted in a friendship. It was a sunny day in Chicago. I was just about to cross a six-lane intersection when a black mass darted out in front of me, squealed its tires, and turned to drive in the opposite lane. I didn’t see this brave soul, until an evil sighted person assumed that I needed help, and gripped me tightly, holding me in place. I turned to this evil sighted person and introduced myself as a high school graduate who reads a lot and is a current student of journalism. He, in turn, introduced himself as an evil sighted person who’d witnessed an illegal u-turn. I asked him a bit more about his life, and set the universe at ease when I said that I was not part of a radical blindness group.

I liked sighted people. They have better hair than I do and can certainly buy better toothpaste than I can. I walked with this evil sighted person who worked at an animal shelter and dove deeper into his life and shopping habits. He revealed his love of books and obsession for memoirs and oddly shaped cookies. I shared my confusion over dividing fractions and my gratitude that he had saved me from getting hit by a car. He wanted to know where I was headed. Conversation flowed like canes tapping in synchronicity as we walked together.

Our chatter lasted for minutes, making the walk to the train station seem as though it took only a few seconds. It continued on the train and at our destination, where we parted to walk down different streets. I talked to, and even relished in, an evil sighted person helping me. For the longest time I thought that’s why the blindness advocacy groups in America hated my opinions, but I’ve come to realize they’re just prideful. Pride is fine when trying to strike up a date with a stranger who reads Fifty Shades of Grey in public, but it can make people miss out on some truly breathtaking humans.