This isn’t something worth worrying about. 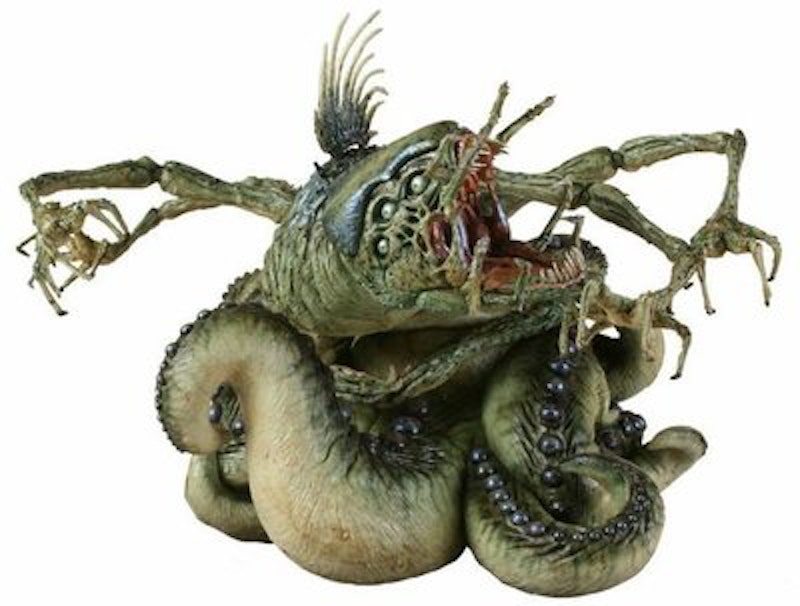 As soon as the Hollywood mediocrities announced a completely unnecessary remake of the television adaptation of Stephen King’s IT, scary clowns started terrorizing the Carolinas. It started in Greenville, South Carolina with juveniles reporting a creepy clown idling around on the edge of the woods near an apartment complex. The local cops wrote it off to youthful hysteria of the Slenderman variety until adults started seeing clowns, one with a blinking nose. Then word went around of a gang of clowns living in an abandoned house in the woods. Some adults claimed they’d spotted a pack of clowns in the woods playing with green lasers. The cops went to the vacant house and found nothing. Lately clowns have traipsed around Raleigh and Winston-Salem terrorizing adults and children alike.

I’m not sure Hillary Clinton has health problems. I’m no doctor, but as a heavily credentialed demonologist skeptical enough of the phenomenon to put it dead last in all possible explanations of a certain set of symptoms, I’d say she’s clearly possessed. I’m especially fond of that clip where she goes into the horrifying bobble-head with the Charlie Manson eyes and the frozen smile, and then exclaims, “You guys have to try the cold chai!” That line would fit seamlessly into any of the nastier scenes from The Exorcist. Her inappropriate cackling has always been suspect. Her obvious contempt for life itself is becoming more obvious. I think she’s hiding from the press because it’s getting harder to conceal her true form, some hideous Lovecraftian beast from a distant non-Euclidean corporate dimension, a gigantic oozing toothed vagina with tentacles formed like squirming dripping centipedes with crab-like claws on the end and thousands of eyes. It’s like an upscale bourgeois feminist retelling of The Dunwich Horror with a heaping helping of James Ellroy-type political corruption thrown in for laughs.

Now that the whole issue of which bathrooms we’re allowed to use if we’re a little fuzzy on the gender issue is resolved, I eagerly await the day when the increasingly PC and militant BDSM crowd begin lobbying for the right to have their slaves classified as service animals. First, the current nomenclature is all wrong: the use of the word “slave” in reference to a consenting relationship between adults is deeply insulting to Persons Of Color who continue to endure the hardships of America’s legacy of slavery, like being unable to find pants that fit or refrain from killing each other. Second, imposing clothing on a human service animal is like dressing up a dog. It might make for cute YouTube videos, but it’s fundamentally silly. Properly collared and leashed, a naked human service animal should attract no more attention than a seeing-eye dog. I figure this ought to get legs by 2020, assuming no nuclear war by then. If the balloon goes up, all bets are off, what remains of this country will go totally Road Warrior in a week.

It’s a good time to be an old drunken pothead in Florida. Despite prohibition, the weed is top-notch and reasonably priced, the cost of Pabst Blue Ribbon hasn’t gone up in 16 years, and my rent here is about $400 per month. Guns and ammo are cheap and plentiful. My little neighborhood is very old, very white, and very well-armed.

NASA has validated the tinfoil hat crowd’s old favorite about some kind of really huge thing with a wildly long elliptical orbit that swings through our solar system every few thousand years wreaking all manner of havoc. This may be why our distant ancestors dug those elaborate tunnel systems all over the place. This isn’t something worth worrying about. There’s nothing anyone can do about it.

I’m still very interested in those phone calls that then-Solicitor General of the Department Of Justice Ted Olson testified he received from his wife Barbara. There were no Airfones on that flight, and cell phone calls from airliners were impossible at that time. I’d like Dick Cheney to elaborate under oath on Norman Minetta’s testimony before the 9/11 Commission. I’d especially like Vlad Putin to release the FSB’s files on the events of that day. I’ll bet that’s some juicy reading.

I’ll bet clowns did it. As Lon Cheney (no relation to Dick) once quipped, “A clown isn’t funny by moonlight.” They probably aren’t funny on airplanes with boxcutters, either. I was attacked in the NYC subway by a Dominican kid with a boxcutter in 2004. I broke his arm. I’m not much of a fighter, but I am a clown.