Maybe the entire universe and all the children of the revolution grew up much too fast. 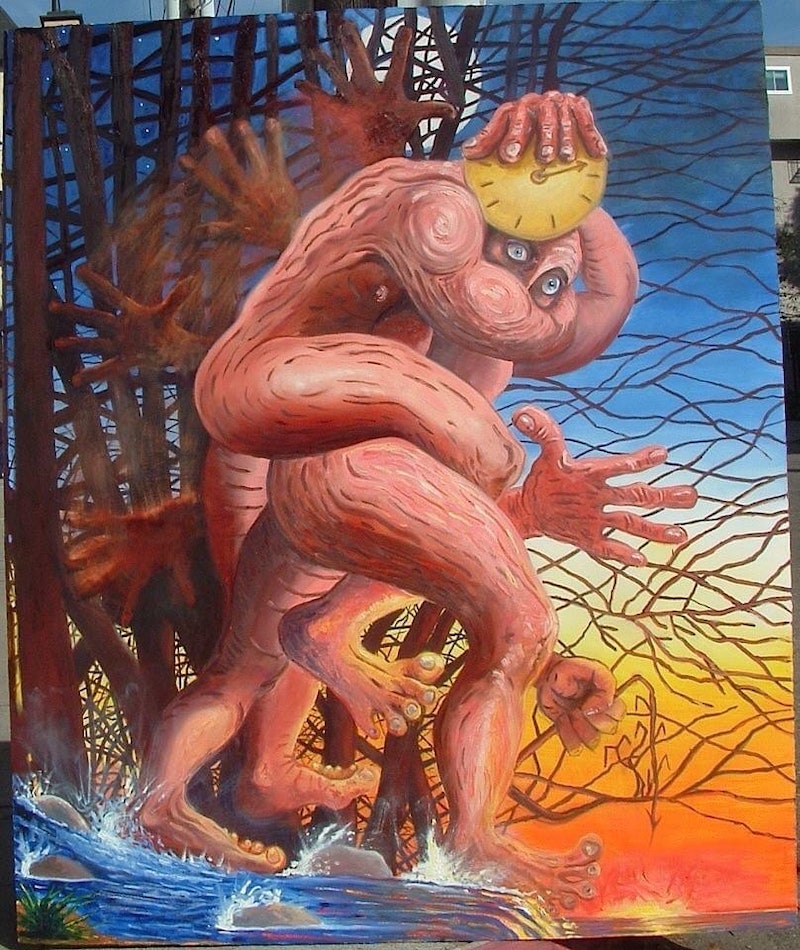 The poem “Desiderata” was written in the early-1920s by Max Ehrmann. The piece was largely obscure after its publication but eventually became famous as a must-have poster for 1960s flower power children. It was a hippie anthem to peace, love and understanding. A psychedelic manifesto mantra to pre-woke folk. The experimental alternative lifestyles of perpetually stoned heavy thinkers from the bygone freak era. The first lineof the poem is, "Go placidly amid the noise and the haste, and remember what peace there may be in silence." Adrift in the gaping maw of galactic spitballs.

The treatise contract to a restless generation in search of elusive butterflies of truth’s hallucinogen freedom. The Latin title roughly translates to "things desired" rather than dreams, hopes or wishes, the usual standard fodder for trite greeting card sentiments. It’s preachy and a bit hokey but does convey a positive message. Maybe you first read it in some teenage friend’s basement party room. Hanging between a black velvet Day-Glo depiction of a caterpillar sitting on a giant mushroom smoking a hookah and a glow in the dark photo of Jimi Hendrix. Sitting on the couch stoned under the black light glows electric hum as a lava lamp slowly undulates. Somebody knocked the bong over spilling skunk juice all over thick neon green shag carpet. The tune “Incense and Peppermints” spinning on the record player way too loud.

Lyrics from the song blend in stark contrast with the words from the Desiderata: Beatniks and politics, nothing is new. (You are a child of the universe…) A yardstick for lunatics, one point of view.  (…Keep peace in your soul.) Who cares what games we choose? (With all its sham, drudgery and broken dreams, it is still a beautiful world.) Little to win but nothin' to lose. (Be cheerful. Strive to be happy.)

It’s the kind of poem that you need to read over again because of its spiritual meaning. The messages are clear and life affirming. Or perhaps you just stumbled upon it in some moldy book of odorous verse and forgot about it. Similar to reciting a pledge of allegiance while singing an anthem to nationalism. Like the golden rule’s biblical pretense of gospel truth and the ethical tenets of Christian scripture. "Do unto others as you would have them do unto you"

It goes against the All-American retort of “Love It or Leave It.”When I hear someone quoting the bible I cover my ass and get the hell away. Like that sappy one-liner, “The truth will set you free.” Oh go on!  Get the fuck out of here! Jaded, faded reflections of former selves. Mere shadows of the possibly impossible. A lonely moon cries alone above a lonesome land.

It’s the last refuge of scoundrels hiding behind badges under white sheets of fear donning pointy dunce caps in the name of god and country. The redneck, white trash blues hatred of all things non-white un-American sans god and his bastard son Jesus. A read it and weep premise of religious tracts and pro-American white supremacy catchphrases. Burning crosses on front lawns. Public lynching rallies where you can buy red white and blue snow cones. Miniature American flags with hangman nooses attached so kids can play at lynching their Barbie dolls and action figures.

Stupid dipshit stuff like we got god on our side, while waving rebel flags, white is right, no surrender. Maybe the entire universe and all the children of the revolution grew up much too fast. Too cocky, too damn sure of themselves. You must ask, how did we become the laughingstock of the universe my clueless fellow planet dwellers? The greatest nation in the civilized cultured world of never forever. At the forefront of everything useless, finding new and better ways to oppress with cutting edge top of the line everyday acts of treason.

The Deteriorata is a 1972 National Lampoon parody of the original “Desiderata” poem. It was recorded as a song and printed in poster form and became more popular than the original. It made the Billboard charts and was a regular tune played on The Dr. Demento radio show, plus college and alternative radio stations of the day. It was amusing. Poking fun at the philosophical advice of “Desiderata.” Using pop culture references as one-liner lyrics to accompany the gist of the poems lines, “You are a child of the universe” became “You are a fluke of the universe.”

I was just another dizzy freak with cornball antics and half-assed theories on everything under the starry firmament. A cosmic fart flutters in the deafening silence of the carnival to lost space/time folly. Or how to take a trip to the moon without leaving the comfort of your own skin or sofa. Why so serious? Burning desire deteriorates in orbit. Burn up in the rarified gas of an asteroid-sized dinosaur turd. We have no right to be here. Go in peace my ass.