From Rome to Canterbury

All failed marriages have two victims. 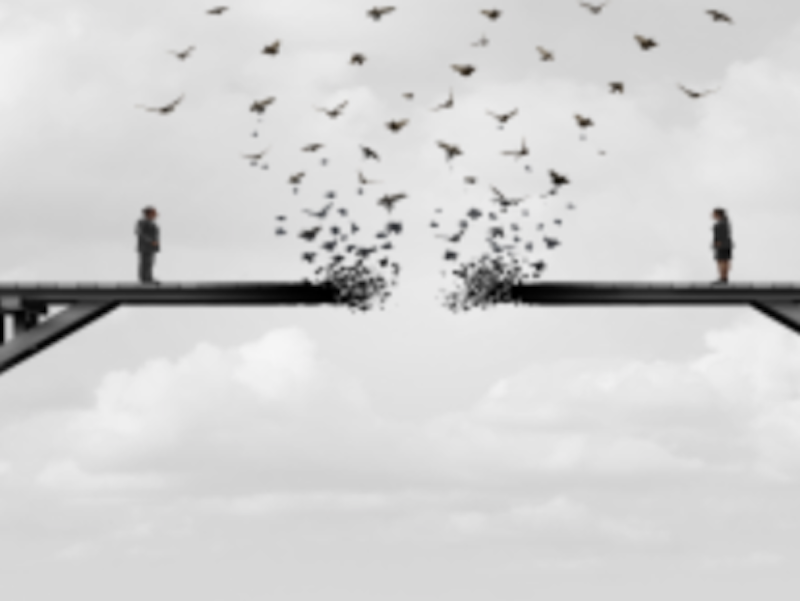 In 1982, Ursula Creagh, the ex-wife of the man of letters A. Alvarez, reviewed Life After Marriage: Scenes from Divorce, her ex-husband’s book on divorce, in the London Review of Books. Alvarez’s book opens with a chapter on their brief and unhappy marriage. The LRB recently republished that review in its online newsletter, Diverted Traffic. Ms. Creagh’s elegant and trenchant essay concludes: “I believe the description of himself, me, and of our marriage to be a fiction. It is a pity he has neither the good taste, nor the talent, to present it as such.”

I reflected that one rarely knows what other persons, however close they may be or may have been, really think of you. Few put their thoughts in print. A little over two years ago, I learned what one person really thought of me. The experience was enlightening.

My ex-wife and I were married for 10 years. It was disastrous. All failed marriages have two victims. I never discuss it because I felt my ex-wife was not present to give her side of the story to the same audience.

In 2017, 16 years after I walked out on her, 14 years after I’d remarried in a civil ceremony, I decided to seek an ecclesiastical annulment of my first marriage from the Roman Catholic Diocese of Manchester in New Hampshire. It felt like tying up a loose end. I disliked being unable to receive communion in my own parish.

I wrote to my ex-wife asking for her date of birth, which I didn’t recall and needed to provide the Diocese’s Tribunal to begin the process. We’d last spoken some 10 years before. The conversation had been civil and constructive in resolving minor property issues to our mutual convenience. My letter enclosed a self-addressed postpaid envelope, requested merely that she write the date on my letter, put it into the envelope, and mail it to me.

I received no response. After a month, I sensed no response would ever come. So I researched my ex-wife’s date of birth and other biographical information online. I disliked this as a covert intrusion into the life of a person whom I’d profoundly hurt, although she had hurt me, too.

I learned that my ex-wife had earned an M.A. in English Literature from a major university during the past decade. Her master’s thesis was about to be published online. From my friends’ experiences of graduate work, I understand a master’s thesis is a scholarly work of original research. I respected my ex-wife’s intelligence and favorably anticipated the publication.

When her thesis became available in December 2017, I downloaded it. As If She Had Three Days to See is a novella, a 162-page roman á clef, a thinly fictional multi-generational history of her family, centered on a character clearly based on her mother. My former mother-in-law had been kind, sophisticated, and charming, I remember her with great affection, and was glad to see her qualities captured in the writing.

I began reading and soon identified from memory her friends and relatives on whom her characters were based. Damian, a minor figure, seems based on me. He’s described as “an emotional eunuch… who went through jobs like water.” He was married to Cricket, a character whom I believe to be my ex-wife’s self-portrait. Their marriage is “shitty and sexless.” The other descriptions of Damian are consistent with these quotes.

Perhaps that’s her side of the story.

Turning back to the Tribunal, the annulment procedure required three witnesses to the marriage to give written testimony in response to a questionnaire. Two of the three friends whom I asked for statements quietly refused me after receiving the paperwork. Neither felt he could respond to the Tribunal’s questions, which they found appallingly intrusive. I found them offensive myself, but saw responding to them as a means to an end. Respecting my friends’ decisions, I tried to recall whether I still knew anyone else who had known my ex-wife and me during our marriage who might answer the questionnaire.

The Diocese of Manchester indirectly resolved this quandary for me. One day during all this, I sought absolution of my sins through the Sacrament of Penance, popularly known as Confession. I did this several times a year. This time, I was refused it, apparently because, after receiving the Sacrament, I would continue living with my wife, having not yet obtained an ecclesiastical annulment, such conduct being considered sinful.

I took an unusually deep breath. I’d long silently disagreed with the Catholic hierarchy in America, which heavily emphasizes the grimmer aspects of what it defines as sexual sins while de-emphasizing the Papal teachings on social justice. The latter teachings in particular were largely why I’d remained in the Church throughout my adult life.

To my mind, the publicity given sexual scandals in the Church over the last two decades and, more recently, in most male-dominated institutions reflects the understandable rage of justice long denied and at last unchained.

Some relatives whom I’ve known and loved throughout my life are or were gay. We all knew that and, as far as I recall, didn’t care. Their friends were part of the family.

Nearly four decades ago, after I’d begun my career, I came to deeply love a friend. I thought we knew each other well enough to believe we might be able to marry and make a happy life together. One may smile at my naiveté—I do—but I’d even brought her home to meet my parents, who liked her.

Perhaps then she realized that my feelings for her sought a greater, more enduring intimacy than friendship. Perhaps my emotions had blinded me to an important part of her nature. With great courage, she gently told me that while she'd been intimate with both men and women, she had come to prefer the company of women. After a moment’s quiet disappointment, I knew that what I loved in her were the qualities that make her a fine human being, such as warmth, compassion, character, good humor, and intelligence. Mere desire was unimportant beside natural sympathy, shared laughter, and common interests.

We were not meant to be a couple. We remained close friends.

So I rejected the American hierarchy’s teaching that the God-given natures of those relatives and my beloved friend were “objectively disordered.”

I also disagreed with the Church’s relentless patriarchy. I knew enough Church history to know the early Church had included women in its leadership and its priests. The Bible, though great literature, is not so much the inspired Word of God as an anthology of carefully selected religious texts written and edited by human beings, often centuries after the purported incidents described in them, and approved by ecclesiastical conferences dominated by men, and apparently insecure men. In their assumed sanctity, they’d made the rules and fixed the game against women for centuries to come.

For most of my life, I’d looked away from the treatment of others by the Church hierarchy. I felt shame that I had to experience what I passionately believed to be unjust before acting on my beliefs.

So I exhaled and politely thanked the confessor for his time. He was only doing his duty as he conscientiously understood it. Then I walked out the door, leaving the confessional, the church, and a lifetime’s Catholicism.

In 19th-century England, after the repeal of nearly all laws barring Roman Catholics from public life and the ownership of many forms of property, some Anglican laymen and ecclesiastics began converting to Catholicism. As the symbolic head of the worldwide Anglican Communion is the Archbishop of Canterbury, journalists wrote that such persons had gone from Canterbury to Rome. After 65 years as a Roman Catholic, I chose this pilgrimage, only in reverse.

So I began seeking admission to the Episcopalian community, carefully reading books provided by the local parish. I noted with delight that its rector and vicar are both women. The pandemic has prevented physical attendance at services. I observe them and listen to the sermons online. To borrow a line from the Letter to the Corinthians, I hope someday I need not participate remotely through a glass, darkly, but then face to face.