Death of a Coffee Maker 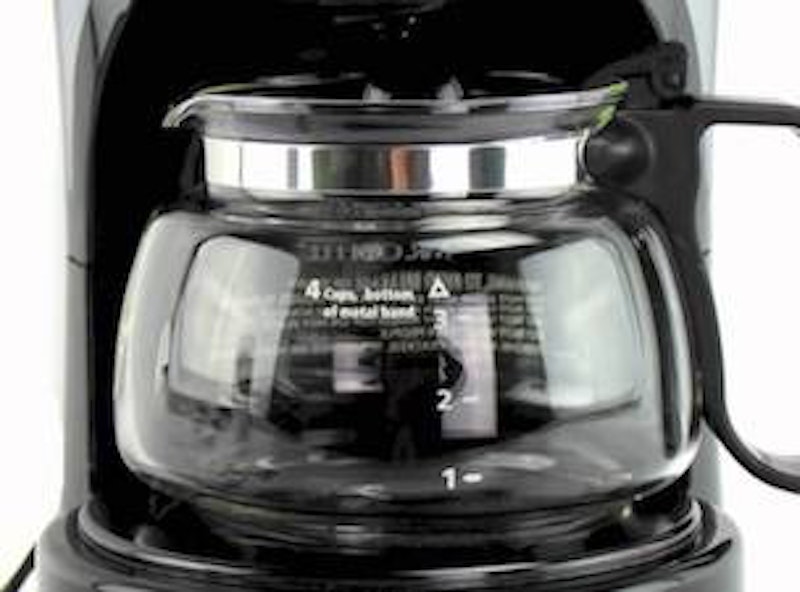 We moved into a one-bedroom at the bottom of a 20-unit apartment building in January, 2006. Not far from Land’s End in the Outer Richmond district of San Francisco. This was just over two years since I switched coasts and 18 months since Natasha joined me. We were 15 blocks from the edge of the city and Ocean Beach. Technology had yet to wash over the city. The start-ups were indeed starting up, but Silicon Valley remained in Silicon Valley at the time. I was in the final semester of my circuitous undergraduate studies, about to graduate with a degree in English Literature. Natasha had just started a new job, taking the earliest morning bus from our edge of the city into the Financial District. I was applying to the one-year teaching credential program to begin in late-August.

Pre-Uber and Lyft, we were car-less, six months away from buying a used Honda Civic from a hippie who was leaving the Bay Area. I should’ve known better when we found out she’d named the car Sylvia, after Plath. A few weeks after buying the car, we discovered she’d neglected to mention the Civic was registered in Pennsylvania, meaning we were on the hook for the $800 registration fee. We spent one memorable grocery shopping trip heading to Safeway via the Muni. The trolley steps were broken. Loaded with grocery bags, a strong and generous stranger gave us a helping hand.

Around this time, we were furnishing the apartment. We borrowed a U-Haul and drove a truck into the Presidio to pick up a plush, cream-colored lounging chair that remains a favorite. We voyaged to Bed, Bath and Beyond, picking up odds and ends for the kitchen, bathroom, and a California King Size bed. The bed was an ocean of comfort, where we spread out without infringing on each other. Our bedroom was strangely situated: a large subterranean room underneath the rest of our apartment. Upon entering the apartment at the garage level there was our living room, 15 feet from the kitchen. Around the corner and down the stairs, you found yourself in a well-furnished cave. The room was dark and cool. It was perfect for sleeping. In retrospect, sometimes sleep is too inviting and becomes an escape for the depressed. These days, with our nearly two-year-old, sleep is almost always inviting, but oversleeping is not an option.

It was during this trip I examined the coffee makers. Cuisinart was more expensive than the basic options, but those 20 percent coupons were enticing. Despite my shallow pockets, I splurged on the Cuisinart model with a one-four cup option, knowing I’d be the only coffee drinker in the house, and imagining a bolder cup of dark roast emerging from the slow-brew, quarter-carafe option.

Everything about coffee is ritualistic. The Keurig single-serving phenomenon removed part of the ritual. Seeing the actual beans or scooping out the aromatic grounds provides an earthy atmosphere and does less damage to the Earth. China will no longer take our plastic, not to mention how many of those tiny plastic cups are negligently dumped into the trash. Scooping out the grounds, pouring the water, then flicking the switch and waiting for the percolating hiss: this was the ritual. For the last 12 years, the black and silver machine has been one of the first things I see every morning. By the winter of 2009, we set up a perch under the kitchen window for Boumie, our Keeshond, who arrived in our laps in October. I remember hearing the World Series on the radio as we drove back from Yuba City, a tiny town in the foothills of the Sierras. We’d been waiting for Boumie for two years; the breeder we found was careful not to over-breed and well-regarded. Boumie brought life into vivid colors, forcing us out of our heads and into the nature that surrounded us on the cliff’s edge and the rolling green of the public golf course. We endlessly trespassed on the course’s edge. There were hawks in the tall trees, sometimes gliding in the sea breeze. When Boumie was a pup, we were warned by the groundskeepers to always keep him on a leash, as the hawks swooped above.

Not exactly Bob Vila, I managed to construct a rectangular box that jammed securely under the window ledge. He was too little and wobbly to jump up, so we used shoeboxes as steps, teaching him how to climb to his perch treat by treat. As he grew, I’d say, “Go Up!” and he knew what to do, allowing us to move freely about the kitchen.

I remember sitting there at the table, a cool morning breeze swirling his fur as he dozed, eyes half-shut, leaning his head on the ledge and letting out his long, contented sigh. I remember thinking, or maybe saying aloud, “This is nice, Boumie. Enjoy the breeze. Life won’t always be this simple.”

As we were about to move out of that apartment, JoJo arrived in May, 2014. Eight and a half years and countless moving vans blocking the garage entrance as people came and went in that building, as San Francisco became a tech-utopia and rents skyrocketed. JoJo became Harriet Houdini, scampering and flinging herself around the moving boxes that lined the living room in the week before we move.

These days, my coffee ritual involves keeping some of the leftover morning coffee and refrigerating it for the six a.m. toddler-dogs morning routine. Before I begin brewing, I have other obligations, so I reheat yesterday’s mug while I prepare the dog breakfasts, toddler insisting on “helping” with the process.

When I flicked the “brew” switch, yesterday, nothing happened. No light, no percolating. Just a dead machine. I unplugged and re-plugged. Nothing. I immediately knew where I was headed. I found the 20 percent off coupon, packed the morning snacks, and off we went. Only today, after seeing the new machine in the box, can I appreciate how far we’ve come, and how many cups of coffee have sustained me over the last decade with the old one.